A peek into the love life of golfer Paige Spiranac, Maxim’s “Sexiest Woman” for 2022 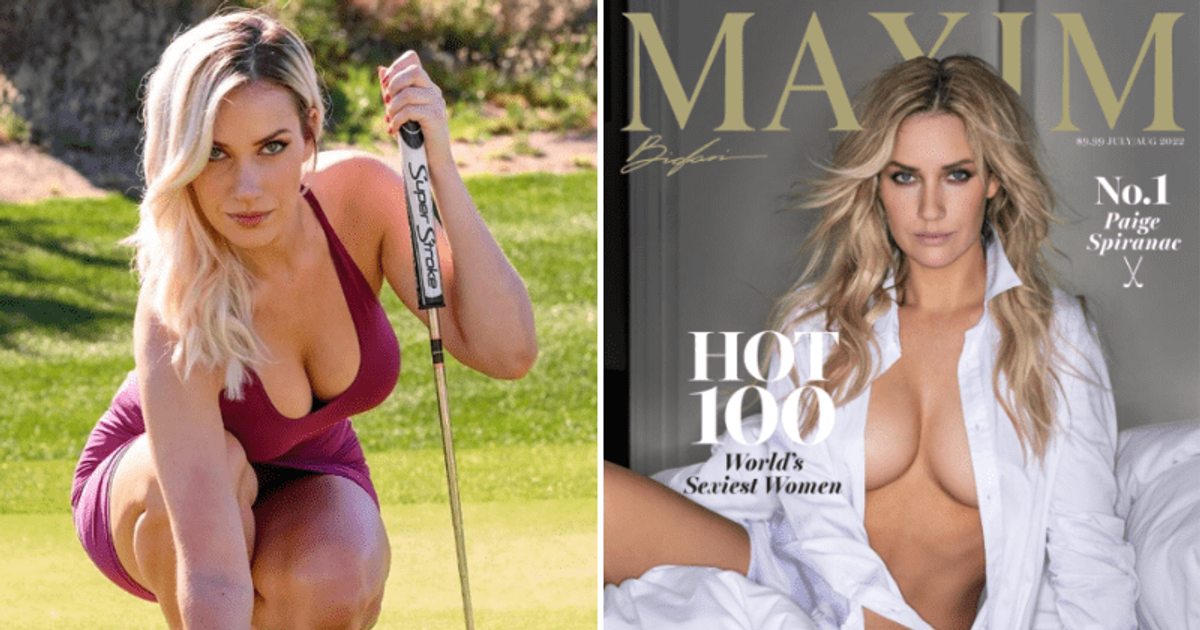 The 29-year-old social media sensation has become the first athlete to take the top spot on Maxim’s Hot 100 list, which was first published in 2000

Retired golf pro Paige Spiranac was named the “World’s Sexiest Woman” for 2022 by Maxim Magazine. The blonde pin-up model is a social media sensation but has kept her love life private until recently.

Spiranac, 29, has more than 3.4 million followers on Instagram, where she posts content of herself playing the world’s greatest golf courses while wearing cropped skirts and form-fitting tops. It is worth noting that she is the first female athlete to take the top spot in Maxim’s Hot 100 list, which first appeared in 2000. Spiranac briefly opened up about their relationship status earlier this month.

During a Q&A session on her “Playing a Round” podcast this month, Spiranac expressed her desire to remarry after a “traumatic” divorce from athletic coach Steven Tinoco. “As you know, I’m divorced,” said the golfer. “I hadn’t been married very long and I think when I got divorced I said I’ll never get married again.” Although it’s unclear when the couple split, she announced in March that she was “not married anymore.” ” is.

“I get this question a lot, so I want to address it. I was married,” Spiranac replied to a fan during another Q&A session. “I’m not married anymore and if you could respect my privacy it would mean a lot to me.” It’s worth noting that Spiranac and Tinoco tied the knot in 2018. “I met him early in my career, so we did the whole thing together,” Spiranac told the New York Post in June 2020. At the time, she said the couple lived a quiet life at home and her then-husband supported their activities in the social media very much. “He’s so understanding and knows this is a deal for me,” she said of Tinoco at the time. “He’ll say, ‘Hey, show a little more cleavage’.”

The 29-year-old also admitted she has been linked to multiple athletes from across the sporting world. “Eventually, yes,” Spiranac said when asked if she’s dated all types of athletes. “Well, maybe not all athletes, but major sports.” Spiranac then joked about the stereotypes of athletes she dated.

“Too busy playing ‘Call of Duty’ to text you back and lied about being smaller than he really is for some weird reason,” Spiranac quipped of basketball players. “He’s got an Instagram aesthetic that doesn’t involve you.” After that, she switched to baseball. “I think of all sports, I probably dated the most baseball players, especially in college. So, I have a lot here,” she said. “He wears either a gold chain or a cord chain,” she joked, adding, “He lost his virginity at a Kenny Chesney concert.” Speaking of golf, the model quipped, “His hairline is the only thing that’s less reliable than his commitment to your relationship” and “He prefers to perform quietly.”

When a fan suggested in May 2017 that Spiranac would eventually start a relationship with golf star Justin Thomas, she offered a hilarious response. “He’s in a relationship and I’m engaged. I flirted with him at junior golf but he turned me down haha, has since been mending a broken heart,” she erupted. Spiranac also joked about soccer and hockey players, whom she called her favorites. “His weaknesses include complimenting you and cocktail waiters,” she said.

Spiranac said her biggest heartbreak was a college football player. She said she played golf in Arizona during her freshman year before moving to the state of San Diego for the last three years of her college. “But I don’t know if that really counts because he was a kicker,” she joked, noting that he was her supervisor at the time. “I just thought he was the cutest, most amazing person ever and I fell in love with him and it was so bad he texted me at 3am just so I could drive him home and stuff I was like his Uber driver and I would do it.”

Spiranac also lamented that the beau never took her on a date. “He wasn’t interested in me at all,” she said, noting they’d only dated a couple of times. The model also insisted she’s never had a one-night stand. “I had intentions of doing one someday and I met him from Tinder,” she explained, adding that her friends pushed her to get back into the market after a breakup. “We did, and I saw him every day for the next few months after that,” Spiranac said.

However, Spiranac has also spoken about how some men would use them. “What I always had was that I was a good golfer and guys love golf. So. I would always open up a conversation like, ‘Hey, I play golf’ and something along those lines, and I thought it would work,” she said on her podcast in April 2020. “Unfortunately, they only used me for golf lessons and golf equipment.”