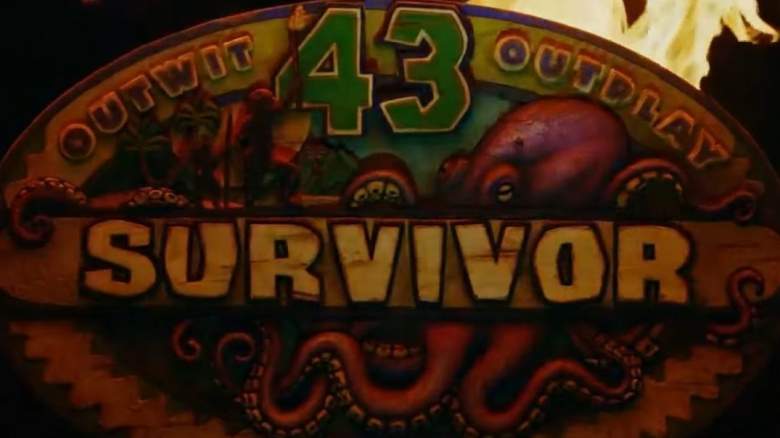 Survivor is back! Season 43 begins with a two-hour premiere on Wednesday, September 21 at 8:00 p.m. Eastern Time on CBS. Eighteen new castaways will be dropped off on Fiji’s Mamanuca Islands on Wednesday in hopes of winning the one million dollar grand prize.

Ahead of the premiere, host Jeff Probst spoke to Entertainment Weekly about what fans can expect from season 43, revealing that a controversial twist would not be returning.

In a September interview with Entertainment Weekly, Probst said that the hourglass twist, which first appeared in season 41, would be retired from the game.

Also known as the change history twist, the hourglass twist received backlash from fans who felt the twist gives a player an unfair advantage.

The twist first appeared shortly before the merger in Survivor 41. Probst told the castaways that they had to earn their way into the fusion by participating in a challenge.

The players were divided into two groups of five. A random draw determined the teams. Two players, Naseer Muttalif and Erika Casupanan, lost out and had to sit out the challenge. After the challenge, the winning team had to choose either Naseer or Erika to join their team, guaranteeing player immunity. The winning team chose Naseer and Erika was sent to Exile Island.

The controversial turn of events caused an uproar on social media. Fans expressed their thoughts on social media, calling out Probst and the producers of “Survivor” for creating an unfair twist.

The twist returned in Season 42, but this time Probst informed players in advance that the castaway who was sent to the Island of Exile would receive an advantage.

Despite the modification, fans were still not impressed.

Probst spoke to Entertainment Weekly about the backlash and the decision to ditch the twist.

“I can already hear some fans celebrating and others saying we’ve given in to criticism,” he told the outlet.

“We love fan feedback and the feedback on Change History has been incredible,” he continued. “People really liked it or really hated it, but not a single person said, ‘Eh, I could take it or I could leave it.’ And on Do or Die, the drama was electrifying, but we also felt like this was a twist that we could shelve…for now.”

Tyson Apostol played an impressive game on The Challenge: USA. The “Survivor” alum won four challenges and was the favorite to advance to the finals. Therefore, fans were shocked when Tyson, along with several other players, decided to leave the game in the final episode.

The Blood vs. Water winner opened up about his decision to walk away during the finale of The Challenge: USA in an interview with Us Weekly.

“When it comes to Sudoku, they don’t give us any downtime,” he told the outlet. “And so I just have to stop. I will try to do this sudoku. I have never played it. I know the premise and I’ll give it a try. It has taken a while. I did not understand it. They say, ‘That’s wrong.’ I thought, ‘Okay, I don’t know what else to do.’ And they say, ‘Well, we can’t solve the puzzle for you.’ And I said, ‘I’m not asking you to solve the puzzle for me.’ I’m just saying I can’t because I don’t know how to do it. They were like a shrug and then I stopped.”