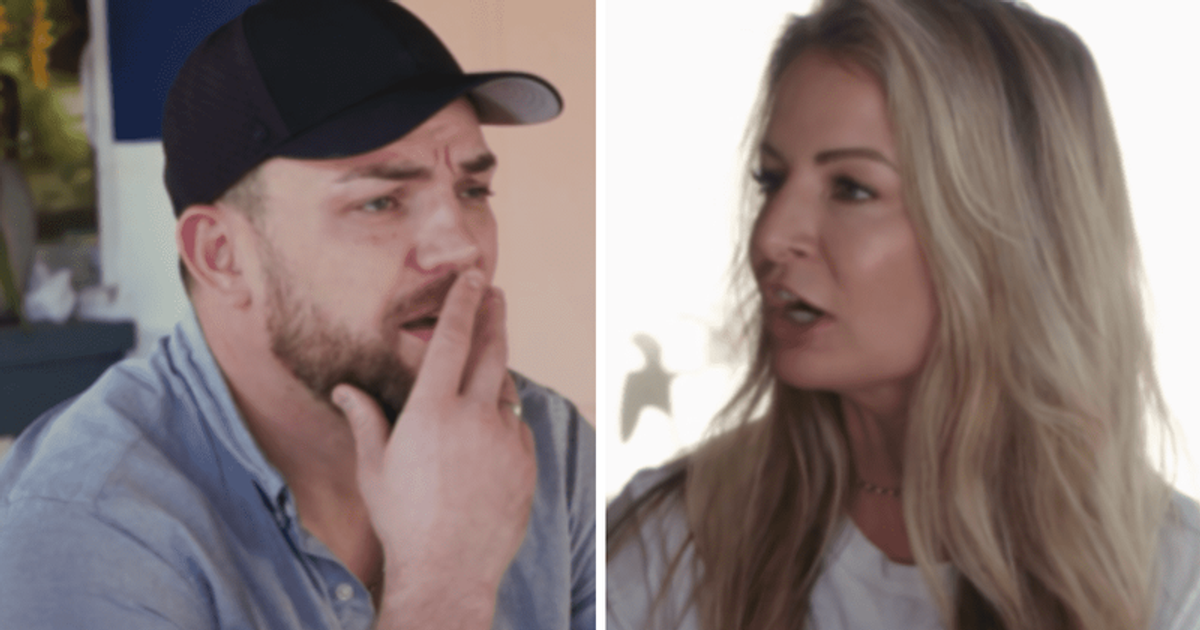 The argument escalates when Libby’s sister, Becky, pushes Andrei. She screams, ‘Shut up! Stop the fuck yelling at her!”

TAMPA, FLORIDA: Andrei Castravet’s feud with Elizabeth “Libby” Potthast Castravet’s family isn’t going away anytime soon. Elizabeth’s sisters Becky Potthast and Jenn Potthast have a loud argument with Andrei in a preview clip from Sunday’s new episode of 90 Day Fiance: Happily Ever After?, which gets heated when Becky lays hands on him.

Andrei and Elizabeth shared some exciting news on last weekend’s episode of 90 Day Fiance: Happily Ever After? They announced that they are expecting their second child! Chuck was over the moon at the pregnancy news, but he was also concerned. Like the rest of the world, Libby’s sisters found out on Instagram. The consequences of this willful insult were more far-reaching than anyone could have predicted. The conflict with Elizabeth’s siblings escalates into a violent confrontation with Becky as the main aggressor in a teaser clip from the next episode.

Aside from her father Chuck, Andrei doesn’t get along with anyone in Elizabeth’s family, and during last week’s episode, Elizabeth chose to announce the pregnancy of her and Andrei’s second child via social media rather than notifying the rest of her family in person. Of course, the announcement upset Elizabeth’s siblings even more, and in the video they blame Andrei and tell the cameras that Elizabeth wouldn’t have chosen to share the news via social media if it wasn’t for Andrei. The four meet up for a chat — a chat that quickly turns into an argument when Andrei accuses Becky and Jenn of “covering up” about their brother Charlie, who they all claim has a drinking problem.

Andrei and Elizabeth are angry at Becky and Jenn because Becky and Jenn went to their mother’s birthday party despite their previous agreement not to attend family gatherings until Charlie’s issues are resolved. Andrei tells them, “You’re just a bunch of followers.”

Jenn is accused of being jealous of Andrei. When the two start yelling at each other, Becky gets up and yells at Andrei. She yells, “Shut up!” “Stop the fuck yelling at her!” Becky pushes Andrei forcefully, escalating the conflict. “Get yourself some respect!” She screams. “You have no damn respect!”

Andrei orders her to “get that shit off me” while Elizabeth tries to calm things down, but it’s clearly not working. Of course, fans will remember that this isn’t Andrei’s first violent conflict with Elizabeth’s family. The producers of ’90 Day Fiance’ got involved earlier when he got into a fistfight with Charlie and Elizabeth had earlier defended Andrei by pushing Becky. There are obviously a lot of hurt feelings here. However, Andrej and Libby must have understood this long before the push competition started.