’90 Day Fiancé: Happily Ever After?’ Season 7: Fans are divided after Andrei’s last encounter with Libby’s sister 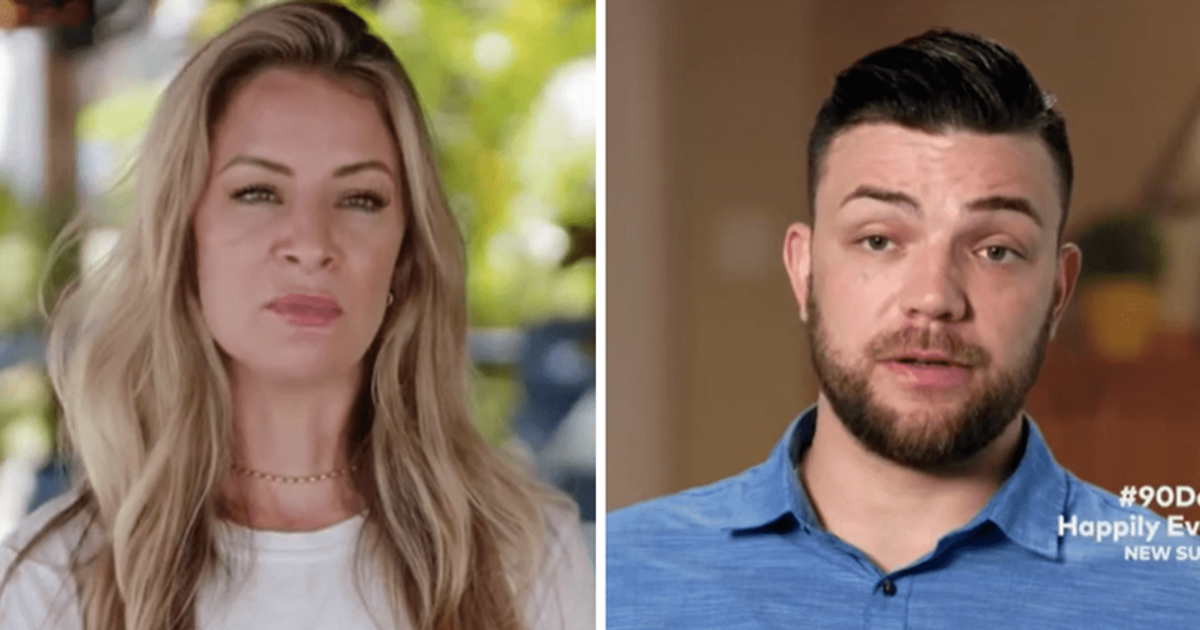 TAMPA, FLORIDA: Libby and Andrei Castravet of ’90 Day Fiance: Happily Ever After?’ went to meet up with Libby’s sisters and things immediately got heated. After the brawl, fans across the internet were divided and unable to sympathize with either side.

The argument erupted after Libby announced on Instagram that the couple would be having a new baby without notifying Libby’s mother, Pamela, or her sisters, Jen and Becky. Jen and Becky called Libby to set up a meeting, and Libby wanted to ask her to attend family therapy with a professional counselor recommended by her father, Chuck. Driving to the meeting, Andrei and Libby speculated on going through with the plan, while Andrei explained that apologies meant nothing to him and he could “wipe his ass” with their apologies.

Becky, Libby’s sister, informed the camera that she found out on social media that the couple was pregnant with the rest of the world and that Andrei’s influence had damaged her connection with her sister. Jen and Becky stated that they didn’t expect Andrei to be there, and Jen claimed she didn’t remember inviting him.

Andrei told the camera that he believes his mother-in-law, Pamela, is to blame for the troubles and that she initiates all of this behavior by covering up for Libby’s brother Charlie, while Jen and Becky follow suit. The awkward meeting quickly escalated into a screaming brawl, with Becky jumping off the table to repeatedly punch Andrei while expletives and accusations flew between them. Libby jumped up to stop Becky’s attack on her husband while Andrei yelled at Becky, “You’re delirious!”

Everyone took their seats when things cooled down a bit and Becky, in a moment of clarity, explained that she felt horrible for hitting Andrei. “I’m really not proud of what I just did,” she said. She added that she saw her sister jump in high school, which is why she rushed across the table to Andrei. Libby went on to say that they attacked Andrei from the minute they arrived at the restaurant. Becky explained her anger stems from not being informed about the new baby and she claimed she never did anything like that to Libby.

Becky burst into tears as Jen comforted her, saying, “You’re going to make me cry… stop it.” Libby walked around the table and hugged her sisters. Becky told the camera that Libby had no idea how upset she was at not being told about the pregnancy first. She added that she doesn’t want to be estranged from her younger sister, but that it was inevitable due to Andrei’s motivations.

Libby confessed that she wished she had handled things better, but given the difficult relationship between her, her mother, and her sisters, she didn’t think it mattered that much. Becky stated her goal is to be happy and at peace rather than involved in drama.

If they were interested, Libby suggested that her father knew someone who could provide family counseling. Libby told the camera that if everyone started to admit their mistakes, they would be able to work them out and be kind and respectful to each other. She went on to say that she hoped the therapy session would be her salvation.

Fans tired of watching this storyline tweeted, “I feel like we’re in the first season when Libby and Andrei were there. Nothing has changed. You kept saying the same thing over and over again. I wish they would stop showing Libby’s family or her whole story altogether.” One fan, tired of seeing Andrei, wrote, “I’m tired of Andrei: – Nobody is jealous of him – Anyone can tell him to immigration report. He’s on national television and not likable. – There’s NO reason the family should be estranged from their mother.” Speaking of the influence Andrei has on Libby, “Libby’s sisters are right – Andrei wouldn’t allow her to go alone. We little women are so easily influenced that we need a man to tell us how to think.” Fans who saw Andrei estranged Libby from her family wrote, “Anrei doesn’t even hide the fact that he she is clearly isolated from her family… Not healthy or good for libtard.”

One fan slammed Libby for the whole situation, writing: “Libby is the reason her family has become so toxic. She allows Andrei to work his way into her family’s and father’s business. She never goes against him. And why couldn’t she meet her sisters without him? He’s a bully and control freak.” On the other hand, one fan’s advice was, “Yo Andrei really sucks. Break free Libby!” One fan called out to Libby’s sister for getting physical and tweeted, “I like Neither does Andrei, but you don’t put your hands on anyone. Libby should have rocked her ass for putting her hands on her husband, but she’s in over there La La Land.” Meanwhile, a not-so-big Andrei fan tweeted, “I usually hate the fake Kardashians BUT I hope she got the narcissism out of Andrei.”