’90 Day Fiancé: Happily Ever After?’ Season 7: Chuck worries that Andrei and Elizabeth’s secret baby announcement may upset the family 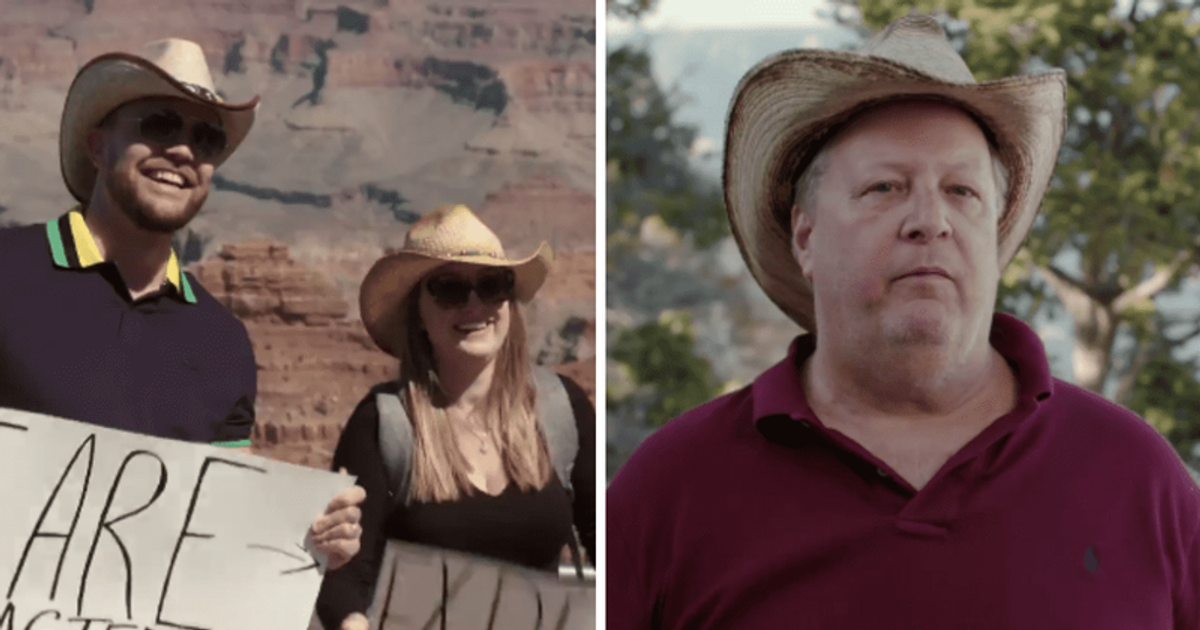 TAMPA, FLORIDA: Andrei and Elizabeth revealed some big baby news in an exclusive clip from the Nov. 6 episode of 90 Day Fiancé: Happily Ever After?, but it may not go down well with everyone. Chuck, Elizabeth’s father, expressed his fears about how his family would feel if they knew they weren’t part of the big announcement.

There’s no better place for a big announcement than the Grand Canyon. In an exclusive preview of the episode of TLC’s 90 Day Fiancé: Happily Ever After?, Andrei and Elizabeth join their dads, Stefan and Chuck, at the Arizona hotspot to share some big news. Andrei and Elizabeth, standing at the edge, unfold two white poster boards that say “We’re expecting a baby”, one in Andrei’s native language, Romanian, and one in English.

“What?! Do you mean that seriously? Oh my God,” replies Chuck, Elizabeth’s father. “Oh wow, and I thought we just wanted to check out the Grand Canyon.”

Two great sights for the price of one! In true parenting spirit, Chuck pulls out his cell phone to record the occasion. “It was completely unexpected,” he admits. “While I was shooting it, my knees went weak. I could not believe it. I was just overwhelmed with joy.”

Chuck says the news is long overdue. “I’ve been asking her for months and months and months, ‘Hey, what are the plans for a new family?'” he asks. “So they played it well. They caught me really well.” Mission accomplished. Elizabeth mentioned that along with their “doctor and my dentist,” their fathers were the first to learn of their growing brood. As Elizabeth informs her, it’s time for every pregnant mother’s rite of passage: Announcement on social media! Nonetheless, Elizabeth’s father expresses concern as soon as she posts the news on Instagram.

“I’m truly honored that they shared the news of this place, the Grand Canyon,” says Chuck. “I’m just worried that the rest of the family might feel a little hurt because she shared it online first before telling them in person.”

Back in March, Elizabeth announced the great news with a beautiful photo of her growing family at the beach. Andrei holds Elizabeth’s baby bump while holding Ellie, her beautiful 3 year old daughter.

Andrei and Elizabeth’s love story originally debuted in Season 5 of 90 Day Fiancé, and they’ve since starred in other spin-offs including 90 Day Fiancé: Happily Ever After?. They met in Dublin, Ireland after meeting through a dating service. He is originally from Moldova. He eventually traveled to Florida to live with Elizabeth and most of their drama revolved around Andrei not getting along with Elizabeth’s family and even getting into a fistfight with her brother Charlie at one point. Elizabeth’s siblings have also accused him of being lethargic and unwilling to work, despite trying to break into the family real estate firm.

Watch 90 Day Fiancé: Happily Ever After? on TLC Sundays at 8 p.m. to see how the rest of the family reacts.