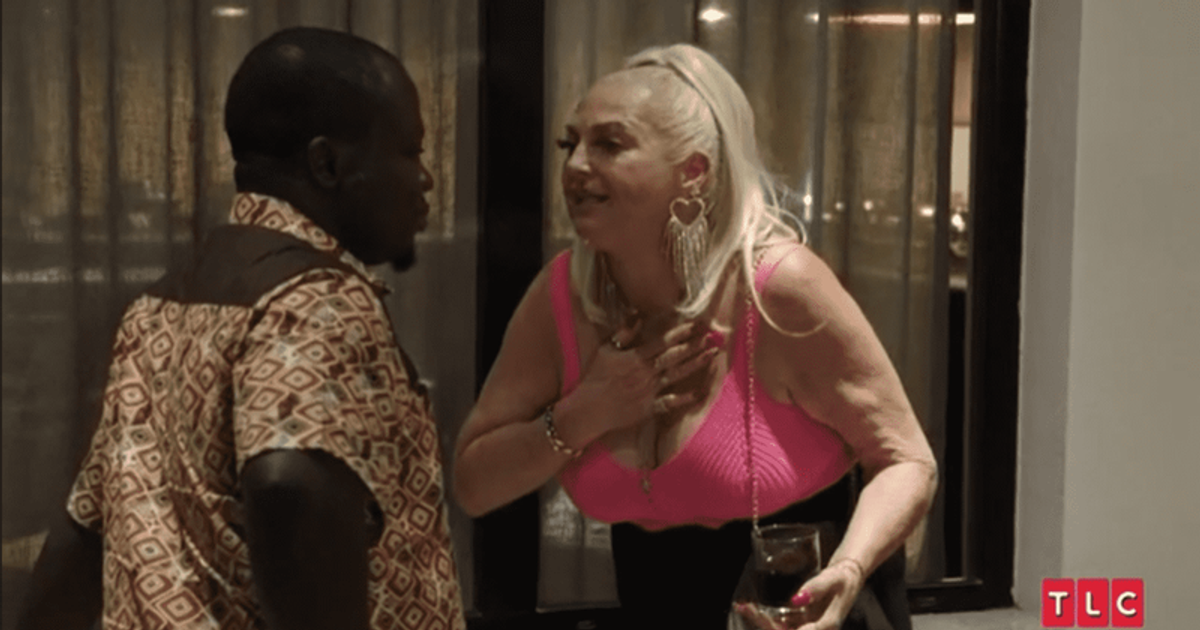 When Angela spotted Michael “flirting” on Instagram, she confirmed her worst fears and threatened to file for divorce

NIGERIA, WEST AFRICA: Michael Ilesanmi and Angela Deem clash in the latest episode of ’90 Day Fiance: Happily Ever After?’ after the latter discovers an Instagram comment. While fans don’t believe Michael is wrong, they have condemned Angela for her abusive and hypocritical actions.

In ’90 Day Fiance: Happily Ever After?’ Michael and Angela could have reached a boiling point. In Sunday’s episode, Angela confronted Michael about what she felt was evidence of his shady activities on Instagram, and the couple were furious. “Last night Michael lied to me,” said the Georgia native. “He told me he would delete his Instagram just to have sex with me. And now he’s lying again and saying he doesn’t flirt with women online, even though I know he does.”

Angela has previously accused Michael of blocking her on Instagram and “talking to women”. She has frequently urged him to delete his Instagram account, calling him “social media wh*re.” But he persisted on the account, calling her demands “very, very unfair” and claiming he needed it to compensate for the money Angela failed to provide him with.

In the last episode, Angela received screenshots from a friend in New York, which she claimed proved that Michael had crossed the line with at least one woman on social media. One woman in particular wished Michael a happy birthday in the comments, and he referred to her as “my person.” Angela claims that this “exaggerated” her.

Michael explained to Angela and her boyfriend René that “my person” was colloquial in his native Nigeria, but Angela dismissed him as “a lying, cheating son of a bitch.” Michael replied: “I’m very loyal here, I let everyone know I’m married. I know that I’ve done something wrong in the past.” René abruptly interrupted him: “Within the last 24 hours.”

Angela then accused Michael of having “an agenda” and tricking her into a “romantic scam” so he could get a visa to the United States. “[I married you] because I love you for crying out loud,” Michael explained. “You say I’m an opportunist. I’m an opportunist for what?” She then presented Michael with three hard-to-swallow words: “I’m divorcing you.”

“When you give everything you can give, something in your soul tells you, ‘Throw in the towel. There’s nothing more you can do.’ I have always forgiven Michael and taken him back. Maybe I’m part of the problem too,” Angela explained. “Maybe I’m the reason he keeps doing what he’s doing because I never, ever leave him.” Angela dropped another bombshell on Michael before heading to their hotel stormed, saying he stole “everything from me” – but he wouldn’t take her “joy” She compared him to another man named Billy, whom she described in a confessional as her “little social media crush”.

She told Billy, “He’s not trying to change me. He accepts me as I am.

Michael, for example, said, “If this is the end of my marriage, which I don’t pray for, I’m going to feel so miserable, you know? Angela is a part of my life and I really love her, but either I choose her or I have no say in this marriage. I dont know. I will pray about it. It is only divine intervention that can take place to make this marriage work now. Glory to God.”

Fans who felt sorry for Michael tweeted: “Angela took Michael’s life. That’s the face of an abused man.” One viewer slammed the network for not firing Angela, tweeting, “Angela you’re the problem!! Not part of the problem, the whole problem! @TLC If he was that abusive to her you would definitely have fired him. Some fans even vouched for their support if Michael did indeed cheat: “Even if Michael cheated on Angela and had a whole family with another woman and left Angela for dust, I still wouldn’t feel an ounce of sympathy for her . She’s just so hateful like she’s actually repulsive.” One fan called out her hypocrisy, writing: “Angela’s abuse is bad enough, but the hypocrisy makes it even wilder. She destroys property and screams for hours with no actual incident of cheating. Meanwhile, they call each other a guy baby and sexy on social media more than 1x.”

Another fan, who called Angela a “walking contradiction,” tweeted, “Angela! Stop doing that. You’ve been face-timing a man and you’re going after Michael too because he has friends? You are a walking contradiction. Shut up, get up and sit somewhere. I’m disgusted with you.” Fans ask Angela for proof as she keeps calling Michael a cheater: “Why does Angela keep saying the word ‘cheating’ to describe Michael? She’s trying to get viewers to side with her, but she hasn’t shown any proof of the cheating. ‘ While another fan added, ‘No Angela, you’ve been through so much because of yourself, not Michael. Everything you say about Michael is what you do. You’re the cheater darling.” Fans ask for ‘receipts’ as she continues to accuse Michael of cheating on her: ‘Angela’s ‘receipts’ were sorely lacking! A public comment on his page .”