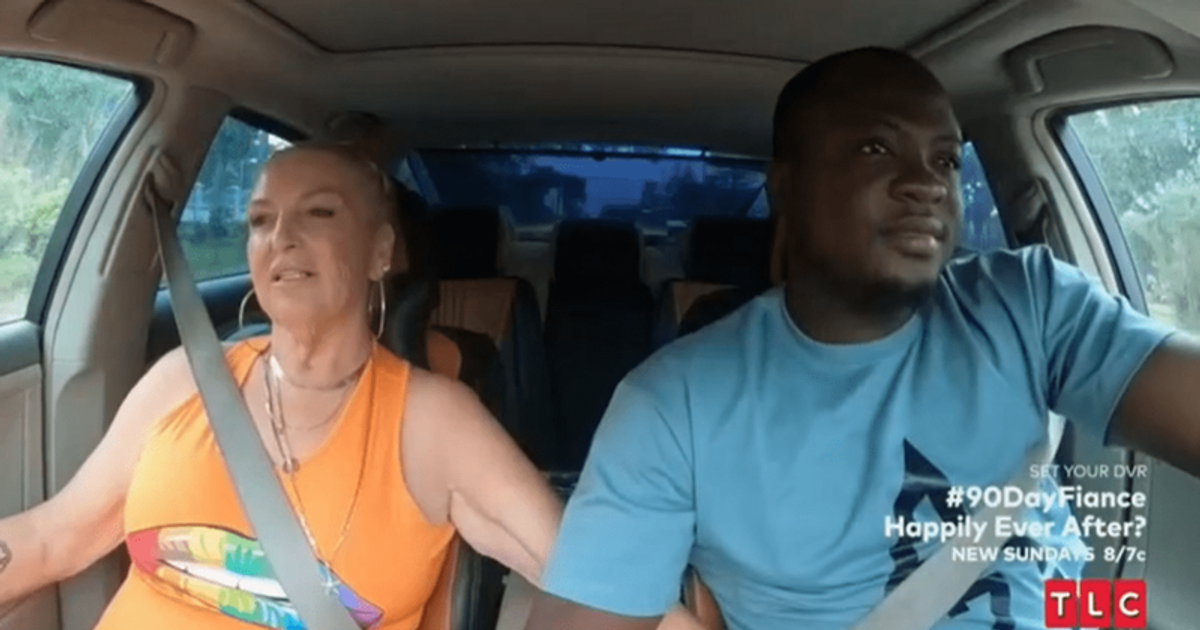 “Can someone at immigration handle Michael’s visa quickly so he doesn’t have to play nice to Angela for a long time?” said one fan

NIGERIA, WEST AFRICA: Angela Deem catches Michael Ilesanmi off guard as she admits she is considering going to Canada to visit a ‘crush’. Fans have criticized Angela’s behavior for causing Michael problems with his Instagram while continuing to see another man.

Michael and Angela’s feud reached new heights on this week’s episode of 90 Day Fiance: Happily Ever After? After admitting to flirting on Instagram in last week’s episode, Michael admitted during a marriage counseling session that they “still have issues to work out.” “The biggest problem for me is that Angela doesn’t trust me,” he explained. “She accuses me of flirting with women and still talks to Billy.”

He continued, “We’ve been married for two years now and I’ve been here in Nigeria and she’s over there in the States. There were a few trust issues due to the distance.”

Angela said her problems stemmed from his communication with other women on social media. “He would tell me he loved me, and then he had an Instagram — and I’ll prove it — and we had marital problems because he talks to women over here,” she claimed. “He does sneaky things. I mean, he let me down.”

Angela then shared with Michael that the way he was treating her was “really cruel”. When the marriage counselor asked if they had withheld anything from each other, he said, “Nothing really,” and claimed he hadn’t cheated on his wife. Angela, on the other hand, claimed she wanted to tell the truth in order to move their relationship forward.

“I have to tell you something,” she said. “Since we’re going to start the slate clean, I had set up a duet — have you ever heard of TikTok? – I duet this guy. They call it ‘The Original Thief of Hearts’. His name is Billy.”

“It started getting attention from you and didn’t work, it backfired,” she added. “You ignore me. You know, back then I had a crush on Billy. A TikTok crush. It wasn’t anything big. I don’t have a crush on him anymore. No.”

Explaining her decision to let Michael know about her social media infatuation in a confessional, Angela said: “I’ve decided to tell Michael I have a crush on Billy on TikTok because we’re both going to move forward, we both have to.” getting clean . I just want him to know that I’m being honest. See, it’s not hard to tell the truth. It may be uncomfortable, but it’s not difficult.”

In a confessional, she explained that her connection with Billy was platonic. “Billie is just a crushable man. Just look at him. Not only does he look good. He’s charismatic, but it’s a crush,” she said. “It’s not an affair. And that relationship would never have worked because I love my husband the way you don’t just stop loving someone.”

Michael became even more unhappy when he found out his wife had plans to see her crush in Canada.

“During the crush, he became my boyfriend and has kidney disease,” she explained. “What he’s going through, I wanted to help him, so I told Billy I’ll come over and see him.”

Michael, on the other hand, assured Angela that she was “not going anywhere” and then slammed her idea even more in a confessional booth.

“It’s bloody absurd. I didn’t expect any of this. Her crush on Billy is all so inappropriate, I mean, it’s not right,” he said. “And now if Angela goes to Canada it’s going to be bad because I’m scared of losing her to another man.” very love. That does not work. So I want to try a new strategy to reach Angela about Billy.”

Upon hearing of Angela’s new plans, one fan tweeted, “Angela just dropped a bombshell!” Another fan couldn’t help but notice a change in Michael’s accent: “Michael was so shocked that Angela was cheating on him, that he lost his Nigerian accent!” One fan who saw Angela play it away wrote, “It’s almost as if Angela felt guilty about her own shady behavior and decided to accuse Michael of the same betrayal.” Fans are now demanding that Michael get his US visa approved as soon as possible. “Can someone at immigration do a rush job for Michael’s visa so he doesn’t have to play nice with Angela for a long time?”