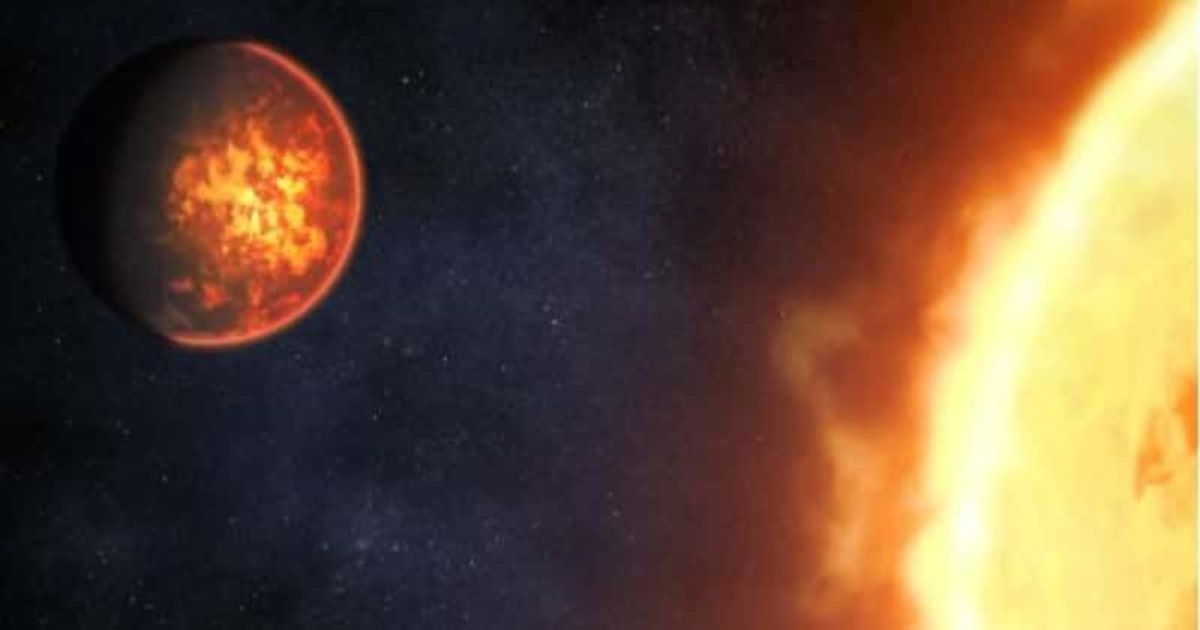 The James Webb Space Telescope is ready to conduct extraordinary research on previously unexplored planetary bodies. For the first time, scientists get a glimpse of a distant “super-Earth” called 55 Cancri e with a lava-covered surface that’s constantly burning.

“Super-Earths” are, according to NASA, “a class of planets that do not exist in our solar system”. 55 Cancri e is about 50 light years from Earth and orbiting a star less than 1.5 million miles away. For comparison, that’s 1/25th the distance between our Sun and Mercury. While Earth takes 365 days to orbit the Sun, 55 Cancri e orbits its star in just 18 hours. The first observations of the planet are expected once the James Webb Space Telescope is operational this summer. The telescope will also help scientists learn more about LHS 3844 b, a distant planet with no atmosphere.

The James Webb Space Telescope is the most powerful space telescope in the world. Its high-precision spectrographs are trained on these celestial worlds to learn about the geological diversity of planets throughout the galaxy, as well as the evolution of rocky planets like Earth. Webb will search beyond our solar system for distant worlds orbiting other stars, as well as the mysterious architecture and origins of our universe and our position within it. Webb is a NASA-led multinational project in which ESA (European Space Agency) and the Canadian Space Agency are partners.

“With surface temperatures well above the melting point of typical rock-forming minerals, the planet’s dayside is thought to be covered with oceans of lava,” NASA said of 55 Cancri e. “Imagine if Earth were much, much closer to the Sun,” the agency added.

Planets orbiting so close to their star are thought to be trapped by the tides, with one side always facing the star. Consequently, the hottest place on the planet should be the one most directly facing the star, and the amount of heat given off throughout the day should remain relatively constant. However, this does not appear to be the case. The hottest section of 55 Cancri e is offset from the part most directly facing the star, according to observations from NASA’s Spitzer Space Telescope, while the total amount of heat recorded from the dayside varies.

“So close that a whole year lasts only a few hours. So close that gravity locked one hemisphere in permanent scorching daylight and the other in endless darkness,” the agency explained. “So close that the oceans are boiling away, rocks are beginning to melt and the clouds are raining lava.”

However, there is also a chance that 55 Cancri e is not tidally locked. Instead, it could be like Mercury rotating three times in every two orbits (a 3:2 resonance). As a result, there would be a day-night cycle on the planet. “That could explain why the hottest part of the planet has shifted,” explained Alexis Brandeker, a researcher at Stockholm University. “Just like on Earth, it would take time for the surface to warm up. The hottest time of the day would be in the afternoon, not right noon.” “In the evening, the steam would cool and condense to form lava droplets that rain back to the surface and solidify again by nightfall.”

“[They] are more massive than Earth but lighter than ice giants like Neptune and Uranus, and can be made of gas, rock, or a combination of both. They are between twice the size of Earth and 10 times Earth’s mass,” according to NASA’s website.

Another theory is that the planet spins to create day and night, so its “surface would heat up during the day, melt, and even vaporize, forming a very tenuous atmosphere that Webb could detect,” the agency says.