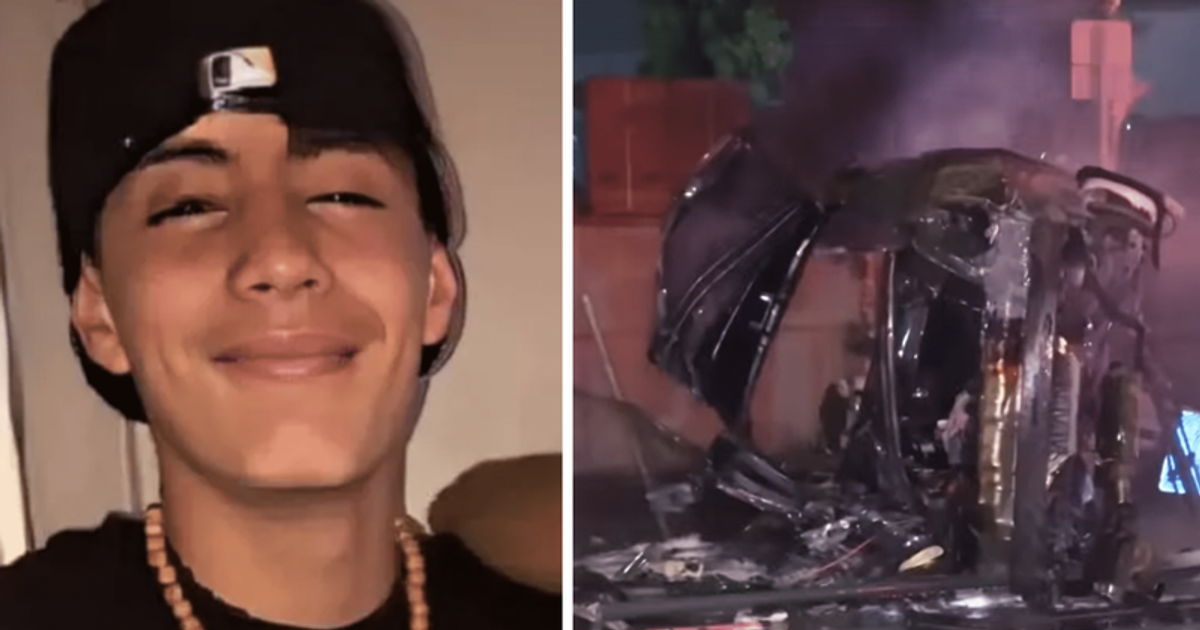 Families and community members came together to mourn the loss of three youths who died in a high-speed crash in Orange, California. The accident happened on Saturday, July 9, when a car carrying seven people flew down the street.

Officers reportedly gave chase, but the 2005 Nissan Altima struck guardrails and signal lights at a level crossing, rolled over and burst into flames. Three of the occupants died in the accident and four were seriously injured. According to police, none of the seven occupants were wearing seat belts.

Police found nitrous oxide and balloons at the scene and believe Azarie Fuller, the 19-year-old driver from Exeter, Tulare County, was impaired at the wheel, ABC 7 reports can lead to impairments. In this case, we believe it was used or contributed to the collision,” said Sgt. Phil McMullin of the Orange Police Department.

Families gathered on the sidewalk near the crash site to light candles and mourn the loss of the young lives. Amber McGinley, who lost her 17-year-old son Dominic in the crash, told ABC 7: “I just wanted to make people happy, as a loving, caring kid who wouldn’t hurt a fly. He was so amazing. He was always looking for the brighter side. I just want them to see him for the good person he was.

Dominic’s sister Madison is heartbroken that she never had the opportunity to break the news of her pregnancy to him. “I’m afraid that one day I’ll lose the sound of his voice. I’m trying to get through this. I’m trying to cope with helping my mother. It’s just tough times. He was the one who was there most of the time. I grew up back to back with him. Until the end it was just me or him, you know?” she said as she mourned her brother.

Dominic’s family started a GoFundMe page to help with funeral expenses. Amber writes: “We are asking the community to come together to help us give Dominic a proper burial. A little bit about Dominic is that he was a good loving friend, brother, nephew and even better son. He loved people from all walks of life. It seemed like he was always drawn to the less fortunate.”

“If he knew someone needed something and he had it, he gave it and if he didn’t have it, he found a way to help them. Whenever he knew someone was hurt, he always had the right words to lift them up. He was a child who cared about people. He just had one of the biggest, most loving hearts. And it brought him joy to serve people. It has definitely not been easy for me, his sister, his family and friends to accept all of this, but we will pull this together,” the message concludes.

The other two who died in the crash were a 14-year-old, unidentified girl and 26-year-old Gustavo Castro of Garden Grove. Rescue workers took four people, including the driver, to the hospital. Three sustained serious injuries, two of whom were juveniles, and one had 7 moderate injuries, according to ABC.