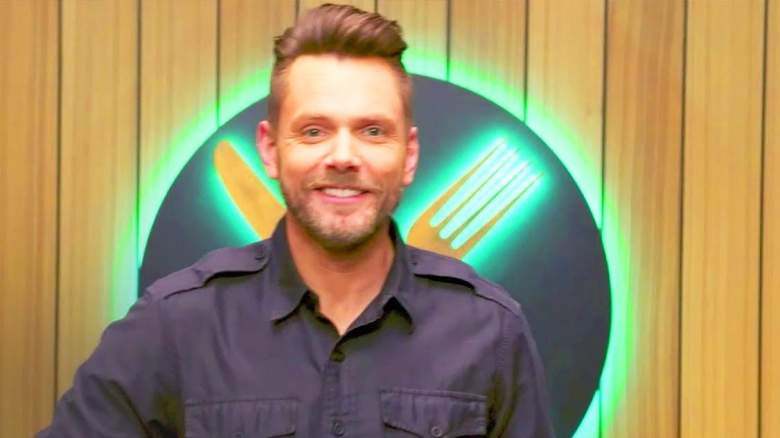 There are three Dancing With the Stars cast members joining the new E! Celebrity Beef show in August hosted by Joel McHale. Here’s what you need to know about the new cook-off series.

According to the description in the E! Press Release, ‘Celebrity Beef’ is a new cook-off series that ‘turns pop culture feuds into a food battle’.

There are 16 celebrities competing on Celebrity Beef, including three Dancing With the Stars alumni:

The pairings for each episode of “Celebrity Beef” are as follows:

In the Sneak Peek trailer, McHale is heard saying, “Let’s go! Welcome to the most important competition in the history of television. Where celebrities settle their beefs in a head-to-head cookoff.”

“Yeah, that’s my career now,” McHale jokes, adding, “And even more stunning than that, E! gave me another show to host…I don’t think anyone knows why they’re here, especially me.”

Some of the trashy speeches between celebs include such gems as “That’s why no one likes you,” “We’re going to fight today,” “You just seem a little unstable,” “My balls are small, but they’re mighty,” and “Me never liked you.”