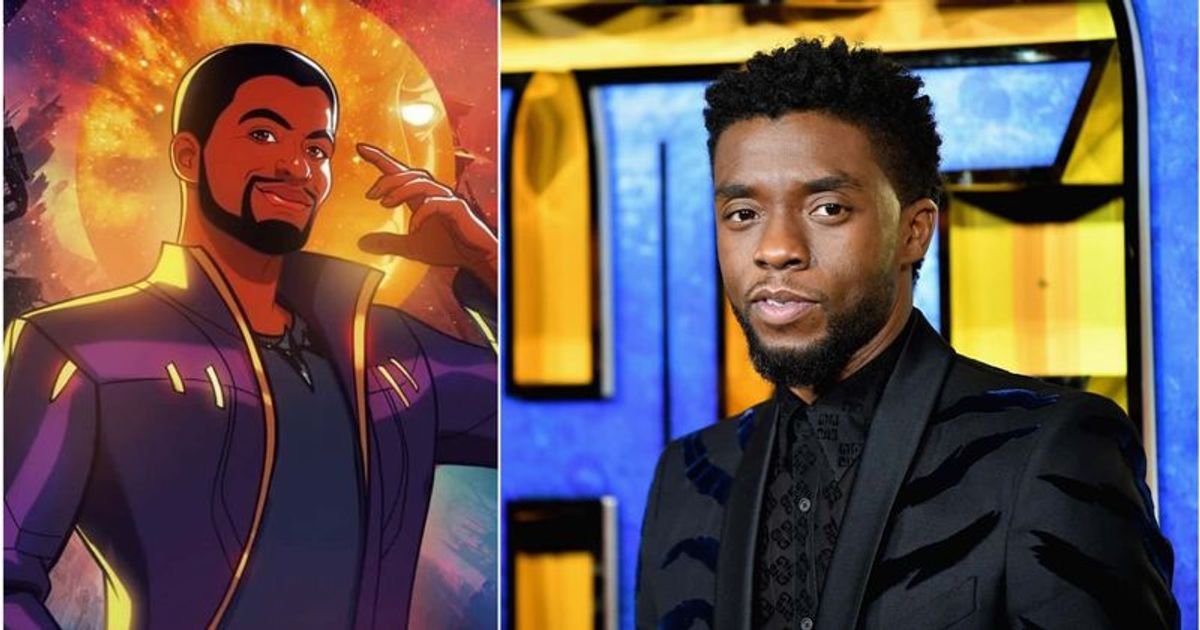 The late actor was nominated for his voice work on the Disney+/Marvel series ‘What If…?’

It was an emotional moment for all Chadwick Boseman fans to learn that the late actor received posthumous recognition for his final performance. The nominations for this year’s Primetime Emmys were announced on Tuesday, July 12 and included many surprises. However, fans were thrilled to learn that Boseman was recognized for his amazing voiceover on the hit Marvel series What If…? and was included in the nomination list.

The late actor was nominated for Outstanding Character Voice-Over Performance for his role as Star-Lord T’Challa in the Disney+/Marvel Studios animated series. Other actors to receive a nomination in the above category include Julie Andrews (Bridgerton), Maya Rudolph (Big Mouth), Stanley Tucci (Central Park), Jessica Walter (Archer) and F. Murray Abraham (“Moon Knight”). The list also includes Boseman’s “What If…?” co-star Jeffrey Wright, who voiced the character of The Watcher on the Disney+ series.

‘What happened if…?’ is the second project the ‘Black Panther’ star has been nominated for posthumously. His Emmy nomination comes a year after he received his first Oscar nomination for his role in the hit film Ma Rainey’s Black Bottom. Despite losing to Anthony Hopkins in the Best Actor category, the veteran actor paid a heartfelt tribute to the late star.

As soon as Boseman’s name was announced as one of the Emmy nominees, fans flooded social media with emotional messages, congratulating the late actor on his “well-deserved” nomination. One fan wrote: “Congratulations to Chadwick, he got Starlord in ‘What If…?’ played so well. Well deserved. Rest in peace always.” Another social media user tweeted, “Well deserved honor for an honorable talented young man. It’s a pleasure to revisit his films.” Another fan wrote, “He was so good at it! I’m so happy he has a nomination.” Meanwhile, one of the social media users tweeted, “It makes me really happy. The show isn’t the best, but he was by far the best voice actor on the show.”

“Deserved and a reminder that a talent was taken far too soon,” said another. “He definitely put the most energy into the performances, of any that kind of fell flat or didn’t feel, he really did a great job of tweaking the different versions of his character and how they would sound, their different tones and personalities Has . I hope he’s resting well,” wrote another social media user.

However, there were some who believed it was a “shame nomination” and the late actor was only nominated because he passed away. One of the social media users wrote: “I liked the show… but that seems like a shame nomination. There was nothing crazy or outstanding about any performance on this show.” Another user wrote, “It just goes to show you that it takes your death to be recognized for anything.”

Boseman died in August 2020 after a long battle with colon cancer. He was 43 years old and at the peak of his career.