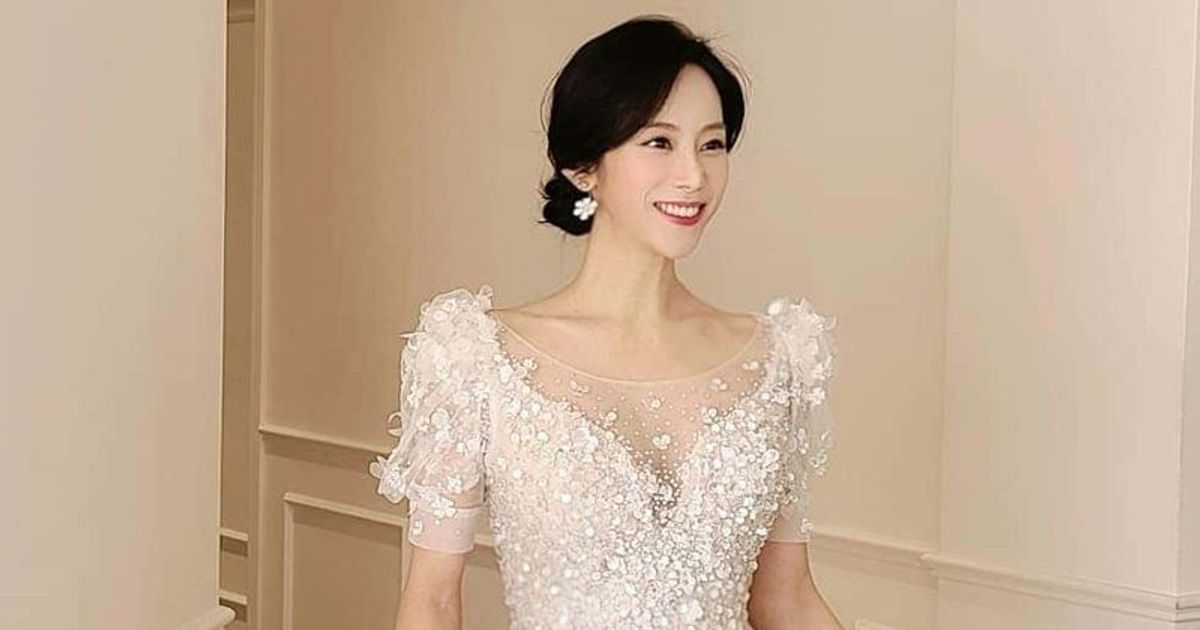 Warning: This article contains comments about domestic violence that may be triggering for some readers

Jewelry was not only one of the first K-pop girl groups, but also the longest-running girl group, having been active from 2001 to 2015. 2022 was also a good year for fans as we had two reunions with four of the band members meeting at member Kim Eun-jung’s wedding. We then had her perform at the Mom Is An Idol talent show to perform with member Park Jung-ah for her mission. Well now member Cho Min-ah is in the news but not for a good reason as there have been hints of domestic violence.

Back in February 2021, it was announced that Cho Min-ah would finally have a wedding to celebrate her marriage to her husband. They had tied the knot in September 2020 but did not hold a wedding due to the pandemic. The former K-pop idol had shared that she was also pregnant and that she was lucky to find a mature and reliable person. Min-ah had a lengthy interview in which she gushed about her new husband and how he constantly looked after her and how they got through lockdown together. The other jewelry members were also happy for her and congratulated her on Instagram.

Chinese pop star Wang Leehom’s ex, Lee Jinglei, has accused him of being a sex addict during the divorce

On May 16, Cho Min-ah posted a photo with her son Kang-ho and shared that she was suffocated in her sleep until she was thrown to the ground and lost consciousness. She added that the paramedics and even the police arrived and thankfully she was fine when her son woke up. While many users thought it was hyperventilation, Min-ah hinted that something sinister might have happened. Responding to a fan asking if she was ok, the former jewelry member commented, “By the time the paramedics came he was already performing CPR and when they left he verbally abused me again. Every day feels like hell. Save me.”

However, following Min-ah’s May 17 post, fans and non-fans alike fear for her and are sending her messages of support. One fan commented: “We are with you girl stay strong we believe you.” Another said: “I’ve always read your posts but I’ll leave a comment today. Violence is not allowed under any circumstances. Also, it’s impossible to have [such] a house with children. For protection, make sure you have video surveillance at home, sister, get evidence now, and be sure to come out with Kang-ho.” A fan asked, “Min-ah are you okay? Please do not be patient and ask for help if you need it.”

Another said: “Girls you gotta get out of there. I had to help my girlfriend get out of such situation because of her boyfriend. If you need help, get help!!!!!!” Another added: “This is far from ambiguous as any description can be. In no way does that mean anything other than what everyone interprets it to mean. Time for her to leave the guy, for her safety and the child’s.” One fan was concerned: “She has to go before he kills her.”