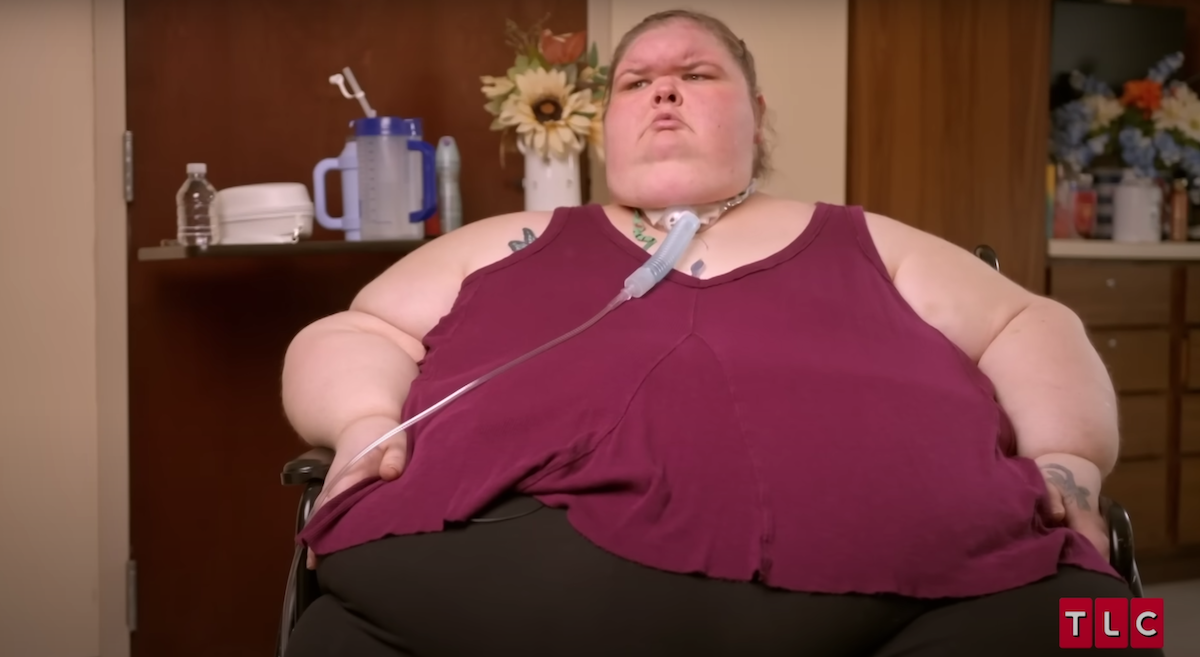 Tammy Slaton from TLC’s 1000 pound sisters has long struggled to lose enough weight to qualify for bariatric surgery. But that’s not the only thing standing in her way of being approved for the procedure. She’s also resisted speaking openly about what made her gain weight in the first place. Her therapist says if she’s unable to unpack the underlying issues that led to her binge eating, she will never be given the green light for surgery.

In a clip (via Twitter) from the January 24 episode of 1000 pound sisters, Tammy attends a virtual appointment with her therapist. It’s not the most productive session.

“It sounds like you came pretty close to death,” the therapist says when Tammy nods in response.

“I got super depressed. I started partying, drinking, smoking,” she replies, admitting that in the past she got “nothing” when she turned to food, alcohol, or drugs.

But when Tammy’s therapist pushes harder and asks what drove her to turn to food and other substances for comfort, she refuses to commit.

Tammy also falls silent when a producer asks her to talk about the choices she made prior to her stint in rehab.

“I really don’t want to talk about all of this,” she says. “It was a difficult time for me. Much of mental health is letting go. I don’t want to go through it all again.”

Tammy may just want to put the past behind her, but her therapist says it’s not that easy.

“Before I can approve Tammy for surgery, she needs to be able to get to the bottom of some of these issues,” the psychiatrist tells a producer. “What made her develop a food addiction in the first place? What made you turn to alcohol? And until she does, she will return to the same behaviors.”

Tammy’s therapist’s comments are consistent with those of her doctor, Dr. Eric Smith match.

“Tammy has experienced a lot of pain in her life,” Smith said in an interview with LEX 18 News. “I think once we can get Tammy to deal with some of her, say, personal demons, then she’s more capable of doing what she needs to do to be successful.”

However, Tammy cannot be forced to take this step, he said. She has to make it on her own.

“You can’t scare people to death,” Smith said. “You can’t push them to their lowest point, but when they get there, it’s our job to be there for them and support them.”