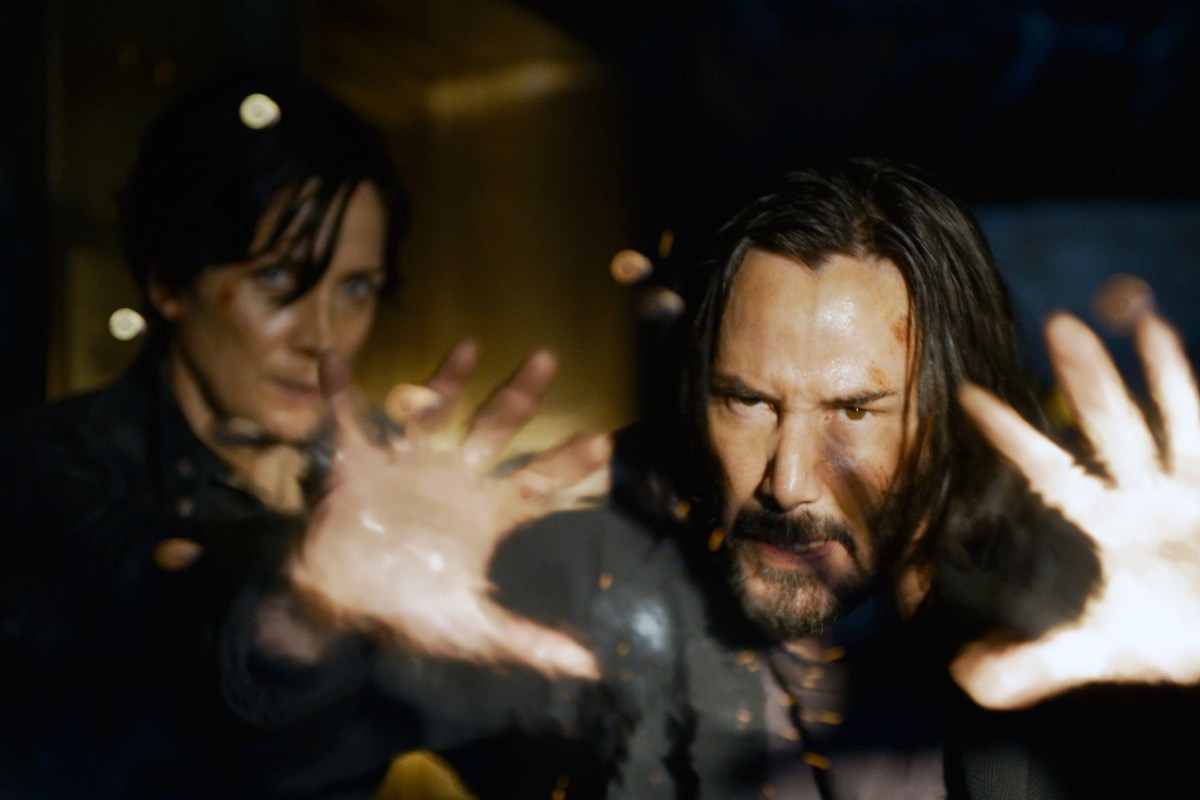 THE LATEST Matrix movie hits theaters this month, but some scientists believe we’re already living in a computer simulation.

Here are four facts scientists and conspiracy theorists use to suggest we could be living in “the Matrix.”

Back in 2017, researchers at the University of Washington proved that it is possible to embed malicious computer code in strands of DNA.

They wanted to prove that gene sequencing computers could be attacked in this way, but conspiracy theorists are using the study to suggest the reality is computer coded.

Back in 2014, researchers at the Harvard-Smithsonian Center for Astrophysics created a simulation of the universe spanning 350 million light years.

They then digitally aged it to see how it evolved over 13 billion years.

This and our advancing technology are sometimes cited as arguments for the Matrix concept.

A famous article by Nick Bostrom entitled “Are We Living in a Computer Simulation?” discusses the possibility that we might already be in a simulation or become “posthumans” creating ancestral simulations.

Max Tegmark, a cosmologist from MIT, once suggested that the strict physical laws of the universe could be evidence that we are in a video game.

According to Vulture, he said: “If I were a character in a computer game, I would also eventually find that the rules seemed completely rigid and mathematical.”

There are many other scientists who oppose the idea that we live in a computer simulation.

American theoretical physicist Professor Sylvester James Gates told The Sun US: “The main problem with the so-called ‘simulation hypothesis’ is that it fails to meet a requirement of a proposal that claims to be scientific.

“There is no way to falsify this idea.

“Another point to consider is the logical foundations of the ‘simulation
Hypotheses” are indistinguishable from those of religions.

“If one uses the words “deity” or “gods” instead of programmer(s),
one is led to the same logical and rational puzzle as in
the “simulation hypothesis”.

In other news, smartphone experts warn anyone thinking of buying an iPhone for Christmas to think again.

WhatsApp is adding a cryptocurrency feature to some users in the US.

And we have revealed an iPhone document scanning trick that you must try.