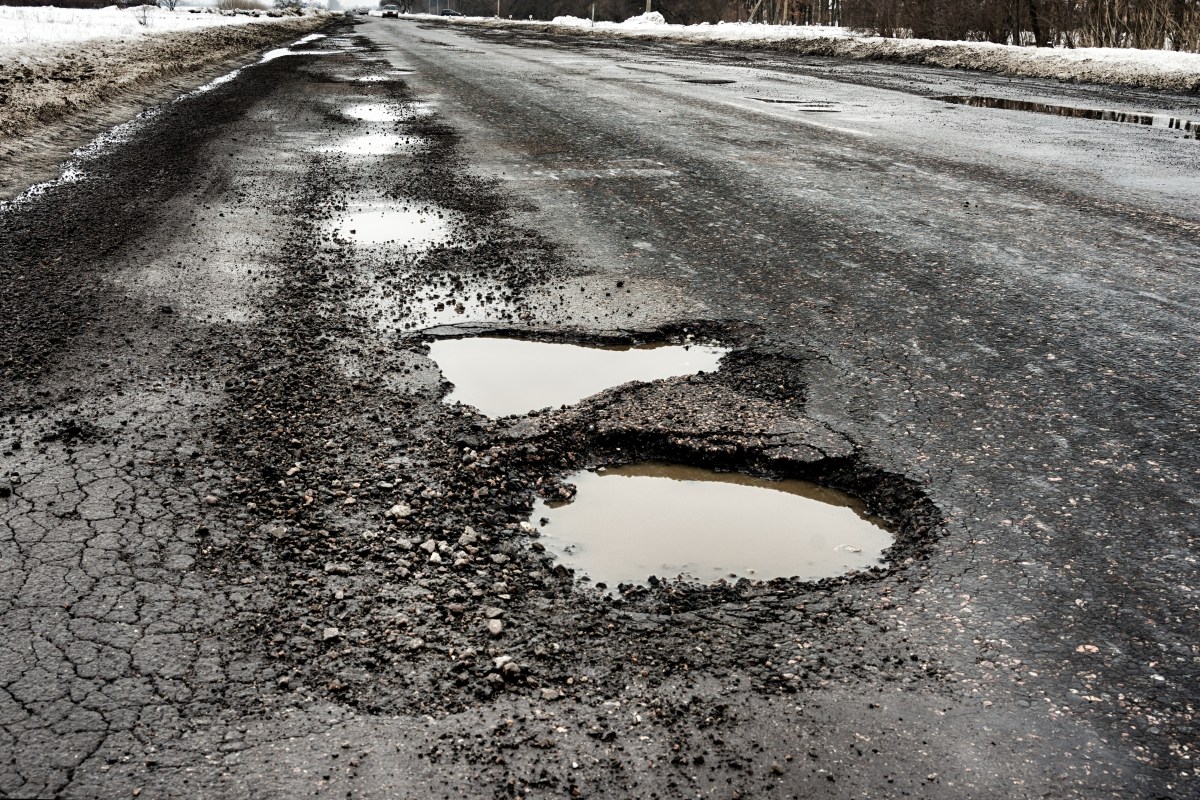 Car accidents caused by pesky potholes have risen as millions of Britons got back behind the wheel after months of lockdowns.

On average, a staggering 27 cars break down every day as wet weather wreaks havoc on Britain’s terrible roads.

More than 10,000 breakdowns are caused every year, the RAC announced today on the occasion of National Pothole Day.

Potholes usually form during the colder, wetter winter months when water seeps into cracks in the road, which freezes at low temperatures and causes more damage.

According to the RAC Pothole Index, Britons are one and a half times more likely to collapse after hitting a pothole than they were six years ago.

Research for the RAC Report on Motoring shows that the condition and maintenance of local roads is by far motorists’ top concern.

Almost half of respondents (46 percent) said the quality of local roads was an issue last year, up from 38 percent last year.

They called on ministers to give local governments the funds they need to fix the country’s roads – saying one-off pots of money are not enough and it must be earmarked money.

The RAC’s head of road policy, Nicholas Lyes, told the news: “Potholed roads are a threat, not just a nuisance – they can cause thousands of pounds of unnecessary damage to drivers’ vehicles, make using our roads uncomfortable and can a be a serious road safety hazard for anyone riding two wheels.

“Since the drivers pay so much tax to the government, they deserve the very least roads fit for purpose.”

The Local Government Association found that more than 9.5 million pothole repairs were being taken out of local government budgets in England each year.

Experts predict it will take around £10bn over a decade to get all potholed roads back on track.

A DfT spokesman said: “The Government is making over £5billion available through this Parliament for motorway maintenance investments for local motorway authorities across England.

“That’s enough to fill millions of potholes a year, repair dozens of bridges and resurface roads across the country.”