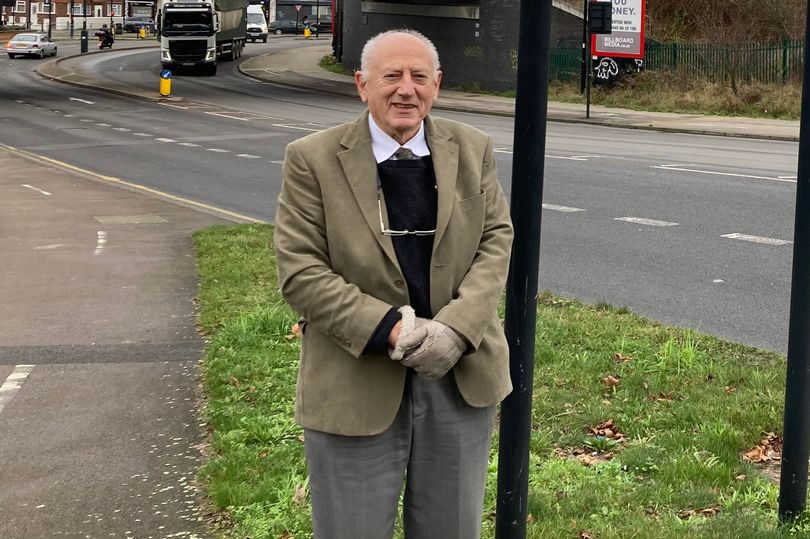 A FURIOUS grandpa was fined for accidentally driving into “London’s smallest bus lane”, which is only 11 meters long.

Geoffrey Ben-Nathan, 77, was given a ticket to travel through a 39 foot bus lane on Northolt Road in Harrow.

He said the signage before reaching the bus lane was “unclear” and would result in fines for many other people.

Most of the bus lane along Northolt Road is restricted at certain times of the day – but this becomes a 24/7 restriction for the small section at the intersection with Alexandra Avenue.

Geoffrey has asked Harrow Council to remove the 24-hour bus lane, or at least make the warnings to drivers clearer.

He said, “It’s hard to see what the purpose of the bus lane is. There’s no lane at all – it’s practically a box along one side of a small triangular island.

“It has to be the smallest bus lane in London.

“I measured it and it’s just over 39 feet long. Only one bus fits in.

Geoffrey, who lives in Northwick Park, took the case to a tribunal where the judges found it in his favor.

He testified to several other drivers who were faced with the same situation and who were also successful in appealing their fines.

He suggested that the council be happy to keep the bus lane even if it does lose a few cases, as most people “just pay”.

He said steps should be taken to clarify the situation to drivers, especially if this is a problem area.

Geoffrey said, “One answer is that councils are required by law to point out all violations that are so many percent above average: be it violations entering a bus lane or violations elsewhere.

“Morally, the councils have a responsibility to prevent drivers from breaking their driving rules.

“That is not the case at the moment.”

When asked about a similar case in January 2020, a council spokesman said: “The law is clear – you cannot drive in a bus lane anywhere with a solid white line.

“We stand by our view that the signs are legally compliant and unambiguous.”