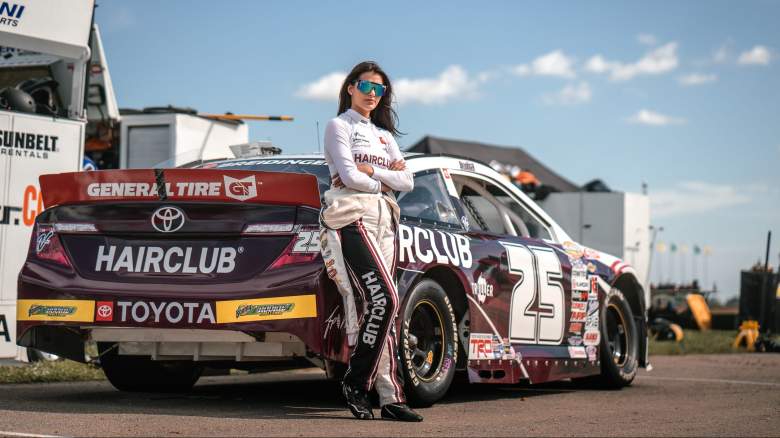 Toni Breidinger has announced her plans for the 2022 season. She will race a full-time season in the ARCA Menards Series with Venturini Motorsports, beginning with the trip to Daytona International Speedway.

“This is a proud moment not only for me but also for my family. I am incredibly excited to have the opportunity to drive my first full season in NASCAR’s ARCA with Venturini Motorsports and Toyota,” said Breidinger, the first Arab-American driver to compete in NASCAR.

“I’ve worked my whole life to get to this point in my career. It has taken a lot of hard work and support from countless people. Racing is a business. It takes more than just desire. I really can’t thank my supporters and business partners enough for believing and giving me the support to get me to this stage. I still have a lot of work to do but I am ready to start this season at Daytona.”

The press release confirmed that two of Breidinger’s partners will support her during her first full-time season. She is primarily sponsored by Hairclub and Pit Viper Sunglasses.

Pit Viper, the brand known for PT Cruiser racing and other unique competitions, is a more recent addition to Breidinger’s partner roster. The company joined Breidinger for some of the later races in the 2021 schedule and agreed to return for the 2022 season.

In addition to the upcoming season of the ARCA Menards Series, the partnership also included a different type of competition. Breidinger drove to the ERX Motor Park in Minnesota, site of the second round of the Nitro Rallycross season. She participated in the Pit Viper Happy Hour, which featured a race between gutted minivans.

Breidinger started on the front row, but her minivan didn’t survive the foray onto the NRX course. She eventually ended the race early and had to be towed back to the parking lot.

The Venturini Motorsports line-up will feature a sizeable roster of drivers during the 2022 ARCA Menards Series season. Breidinger will run full-time in the #25, while other part-time schedules will run in the other entries.

Gus Dean, a two-time winner of the series, will return to Venturini Motorsports for at least three races. He will make his season debut at Daytona International Speedway on February 19, 2022 while driving the #55 entry.

Additionally, West Series Champion Jesse Love and ARCA Menards Series runner-up Corey Heim will join forces in the 2022 season. They will share the No. 20 Toyota with Love, who has taken 14 of the 20 starts while continuing to gain experience in the top ARCA series.