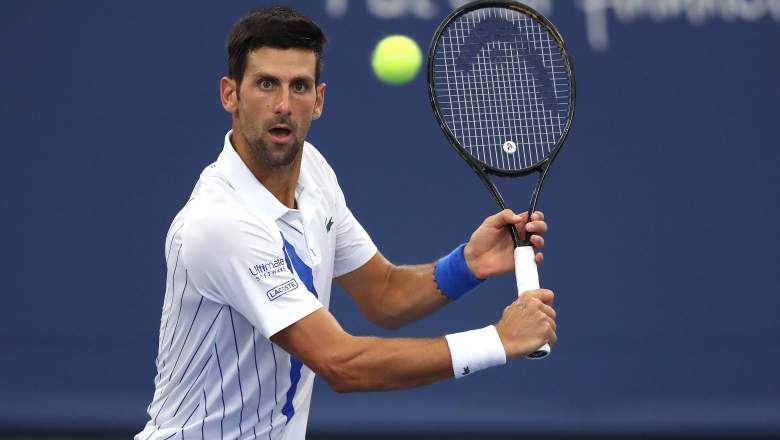 The problem of world number one Novak Djokovic seems to have no end. This time, the President of Serbia, Aleksandar Vucic, took action, accusing Australian authorities of “abusing and humiliating” the tennis player, whose entry visa was revoked for the second year in a row.

With Vucic’s involvement, things now seem to be moving to the political and diplomatic level as the Serbian President took the matter to his social media account.

Through a video posted to his official Instagram network, the President explained: “Why do you mistreat him and why do you humiliate him, not just him but his family and a whole free and proud nation?”

As is well known, Australia requires you to have the full coronavirus vaccine schedule to enter the country, except in the case of Sputnik V as it is currently not approved by the WHO. In the case of Djokovic, an anti-vaccine crusader, he did not vaccinate against Covid but argued he had been infected less than a month ago to justify his admission.

Against this background, Vucic questioned whether the measures taken against the tennis player are really intended to “flatter public opinion” and gain points ahead of the elections expected in the country this year. He also denounced that attacks and pressure on the athletes for “unknown” reasons had had a big impact.

Djokovic’s visa was confirmed today after a federal court in Melbourne overturned the first revocation four days ago following an appeal by the tennis player’s lawyers. Likewise, Nole traveled to the country on a medical exemption permit that allegedly allowed him to compete.

“Is all this necessary to win the election and please your audience?” Vucic said in his video, stabbing Australian Prime Minister Scott Morrison.

Vucic assured that Serbia will fight for Djokovic and that “the abuse” the tennis player has experienced does not show his country’s respect for the people of Australia or for “the greatest tennis player of all time who will always be in our hearts”. will change. Finally, he once again showed his full support: “Novak, we are with you.”

Australia’s Federal Court of Justice’s final decision on whether Djokovic (ATP number one) will be deported will come out on Sunday, a day before the start of the Australian Open, a Grand Slam he aims to compete in and was on his way to win for the tenth time.

The Tennis Federation of Serbia (TSS) has shown its support for the tennis star, insisting he has valid documentation to enter Australia. This after a court in Melbourne. They also denounced the “unprecedented” treatment of the Serbian tennis player by the Australian authorities.

Djokovic, whose visa was first canceled by Australia on January 6, was isolated until January 10 at a hotel for asylum seekers, which his family described as “terrible” and “inhuman”.

The Serbian FA assured that “political pressure” led to Djokovic’s visa annulment again and his arrest, forcing a champion to appear in court.

“We don’t know the epilogue yet, but we have faith in someone who has earned all the triumphs on the field, the only place where manipulation doesn’t help but the rules of the game, and who has earned the title of best of all time with the racquet , can only finish with a triumph in this participation in Australia,” the note said.

dr Zoran Gojkovic, who is a member of the Serbian government’s COVID management body, stated on Friday that Djokovic will not be fined in Serbia because he left home quarantine when he tested positive for the coronavirus last December.

According to Gojkovic, the punishment could only be possible in the event of a state of emergency, which is not in force in Serbia.

Djokovic, who tested positive on the 16th last month, attended a ceremony for young tennis players the next day and gave an interview to a French media outlet on the 18th.

CONTINUE READING: Novak Djokovic breaks his silence for the first time since the Australian visa scandal

According to Gojkovic, the punishment could only be possible in the event of a state of emergency, which is not in force in Serbia.