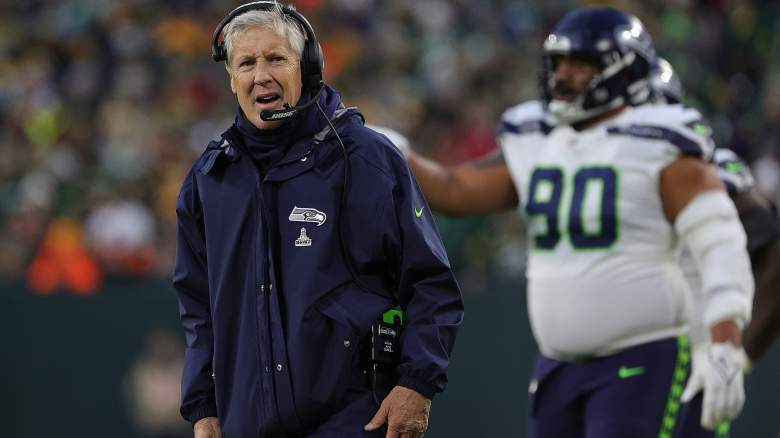 The Seattle Seahawks should avoid signing a once-prominent Pro Bowl linebacker, according to an analyst.

According to Bleacher’s Report’s Alex Kay, the Seahawks should avoid replacing one aging linebacker (Bobby Wagner) with another – the New England Patriots’ Dont’a Hightower. Hightower is a former two-time Pro Bowl linebacker (2016, 2019) and an All-Pro second-team selection (2016) who is finally showing his age (31) with the Patriots.

“The front office may believe drastic changes are needed to return to the playoffs, but Seattle decision-makers should be cautious about signing an experienced linebacker for their aging defense,” says Kay.

“The Seahawks have squeezed a remarkable amount of mileage out of Bobby Wagner over the past decade, but the 31-year-old is set to earn a whopping $16.6 million in 2022. With the team in need of a reorganization, it’s a good bet the six-time All-Pro will part ways with the organization this spring.

Replacing him with Dont’a Hightower, another linebacker from the 2012 draft class on the wrong side of 30, would be a poor choice.

While Hightower may have a little less mileage on their tires after leaving in 2020, the 31-year-old is clearly in the twilight of his career. He remains an important part of New England’s defense, but that doesn’t mean he’ll be as successful as a defender outside of Foxborough.

According to Pro Football Focus, the 31-year-old linebacker ranks 42nd out of 88 players for his defensive-class position (54.7). While his run-stopping ability remains at a top-tier level (69.0 grade, 15th among all linebackers), his coverage score (40.8) ranks 75th among 84 qualified linebackers.

Seattle will have to make the decision on whether or not to keep Wagner, the last remaining member of the 2010s “Legion of Boon” defense. Wagner turns 32 next season and will cap $16.6 million in 2022.

Wagner is the highest-paid inside linebacker in the NFL and the second highest-paid member of the Seahawks, behind only Russell Wilson.

Despite his age, he remains a productive member at this stage in his career. Wagner’s defensive grade of 69.7 ranks 15th out of 88 qualified linebackers. His 72.3 run defensive grade ranks 12th and his coverage grade (62.8) ranks 27th among all players at his position.

If the Seahawks pull away from Wagner, it just doesn’t make sense to replace him with a linebacker of his own age who has even less ability.

Former Seahawks quarterback Matt Hasselbeck has a theory as to why Seattle has struggled this season. Hasselbeck says one of the reasons the Seahawks are leaving may be staff turnover.

The former quarterback played for the Seahawks during Carroll’s first season in Seattle (2010) and explained what the difference might be now.

Hasselbeck goes on to explain why Carroll’s coaching philosophy may not be as prevalent as it once was.

“When you have a lot of manager turnover like they had and player turnover, after a while you look around and not everyone in the building gets[Carroll’s philosophy],” Hasselbeck said. “…Little things that I think[Carroll]brought from a winning culture at USC to our team (2010) — it was like, ‘Whoa, hey, yeah, you’re right. That’s not us. We won’t be.’ And then when you have all this turnover, it’s kind of difficult to keep everyone on track in the same way that he did initially, I think.”

Exactly what went wrong in Seattle is hard to say. Prior to this season, the Seahawks had clinched three straight playoff placements. But it’s very clear that Seattle hasn’t been anywhere near a Super Bowl contender since they last appeared in the big game at the end of the 2014 season.

The Seahawks may not need a conversion. But they definitely need to make some changes that go into the off-season.