Points are the only currency that matters to Newcastle this month 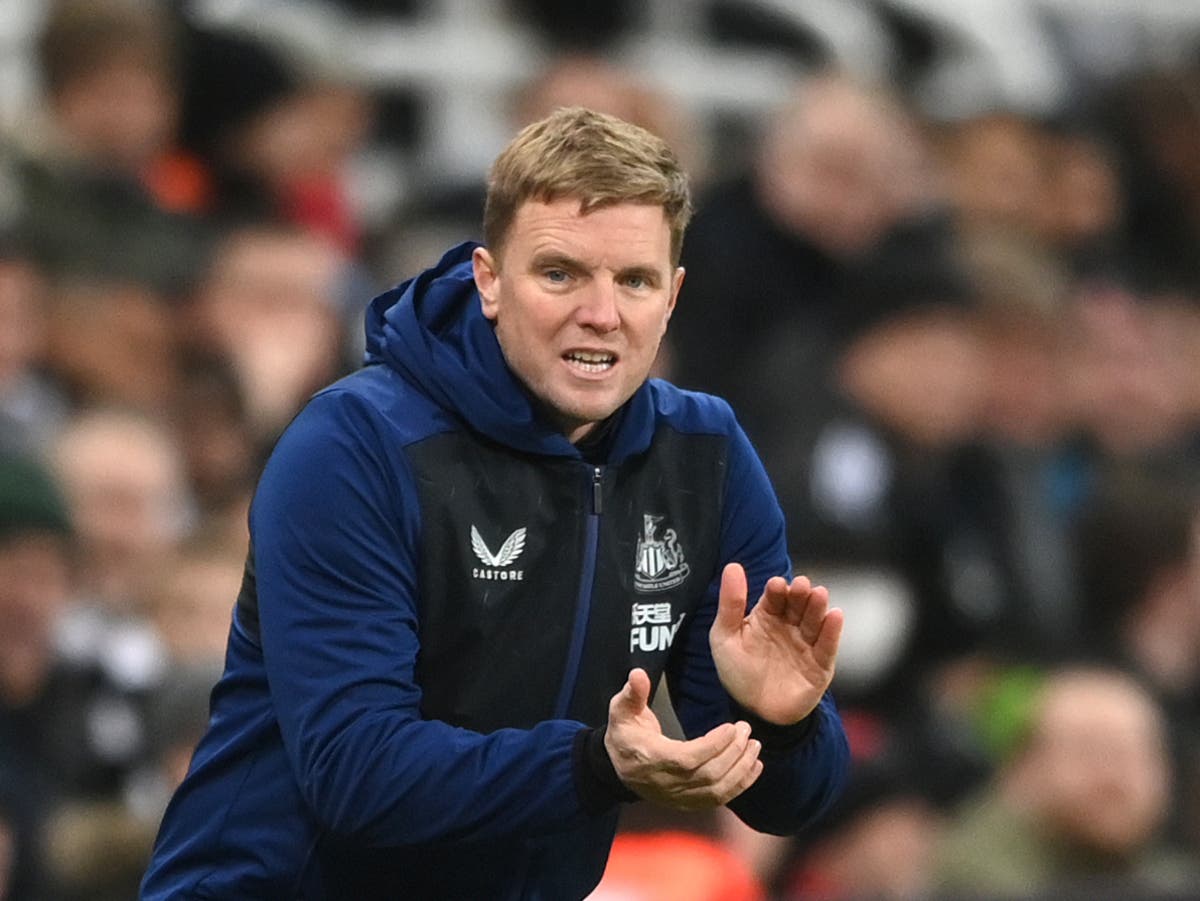 They’ve been dubbed the richest club in the world but money isn’t the answer to Newcastle United’s problems. Eddie Howe’s team is short on points. That’s the only currency that matters right now. It makes them poor in the Premier League.

The reality of the situation is reflected in the club’s approach to the transfer market. Fans dreamed of Saudi money bringing big names to Tyneside. Chris Wood isn’t the kind of exotic foreign signing they were expecting. Newcastle have met the £25m release clause for the Burnley striker. The New Zealander has only scored three goals this season.

Everything at St. James’ Park is geared towards avoiding relegation. The view is that the second half of the season boils down to a five-team mini-league. If they can beat Norwich City, Burnley, Watford and Leeds United they believe the team will stay on top. Six of Newcastle’s 11 points and their only win came against these sides.

In that context, the next two games are about make-or-break. They meet Watford at home on Saturday. A week later, Howe takes up his side at Elland Road. Everton, who they haven’t played yet and may be drawn into the relegation battle, is next. This is the time to save the season.

Wood may not guarantee the goals needed to keep Newcastle going but sources at the club say they are trying to win ‘fighters’ and the 30-year-old fits the bill. Kieran Trippier, who cost £12million from Atletico Madrid, has also been bought to provide the backbone of the team.

The England right-back made a sobering debut in Saturday’s 1-0 FA Cup defeat by Cambridge United. He was given a crash course in the Newcastle mess.

Some of the squad were irritated by Yasir Al-Rumayyan and Amanda Staveley’s visit to the dressing room after the game. The appearance of the chairman – who is also governor of the Public Investment Fund of Saudi Arabia – and minority shareholder Staveley should send a positive message to the players. Others interpreted it differently, seeing it as yet another example of the naivety of those responsible.

It did nothing to bolster Howe’s credibility. Everyone knows the 44-year-old was far from his bosses’ first choice for the job, and it’s hard enough for managers to maintain their authority in this situation. It reeks of meddling and meddling in areas beyond the expertise of the owners.

They must focus on overhauling the club’s infrastructure. Three months after the takeover, the posts of CEO and football director remain vacant. Staveley failed to anticipate that Steve Nickson, the head of recruitment and a holdover from the Mike Ashley era, would still be involved in the transfer window. Nick Hammond’s brief stint as a consultant caused headaches even for insiders.

Many of the players are aware that whatever happens between now and the end of the campaign, their future lies elsewhere. The new regime recognizes that it cannot expect maximum effort from part of the squad. Newcastle was broken under Ashley. The club is far from being repaired.

Part of the train of thought in signing Wood was to deny Burnley a weapon in the fight against the drop. Cynics will wonder if it wouldn’t have been better to keep a forward who has scored just three goals this season at Turf Moor, but Callum Wilson’s injury forced the issue. Availability takes precedence over desirability in the transaction.

On the bright side, like Trippier, Wood has a mental toughness that many of his new teammates lack. That is now more important than quality.

The links with Sevilla’s Diego Carlos and Reims striker Hugo Ekitike are intriguing. Howe is keen to bolster the defense and Carlos, 28, has underscored his La Liga qualifications. Foreign imports often take a while to adjust to the pace and physicality of English football. Newcastle need the Brazilian to assert themselves immediately when they face Tyneside.

Ekitike, 19, is an enticing prospect but will likely need time to develop in a different footballing climate, although a loan spell at Vejle in Denmark means the teenager has experience outside of France. Nevertheless, a move to the Premier League should not be easy.

At the moment Newcastle have to get by as best they can. They have a manager they never envisioned, are buying players who were nowhere near on their wish list before the acquisition was confirmed and have a club that needs a serious managerial overhaul.

On Saturday they host Watford, mini-league rivals who are suffering a terrible six-game losing streak. This is a must win game. It’s the biggest game since the new owners moved to St James’ Park. forget the money Now it’s all about grit. Are Newcastle fed up with it?