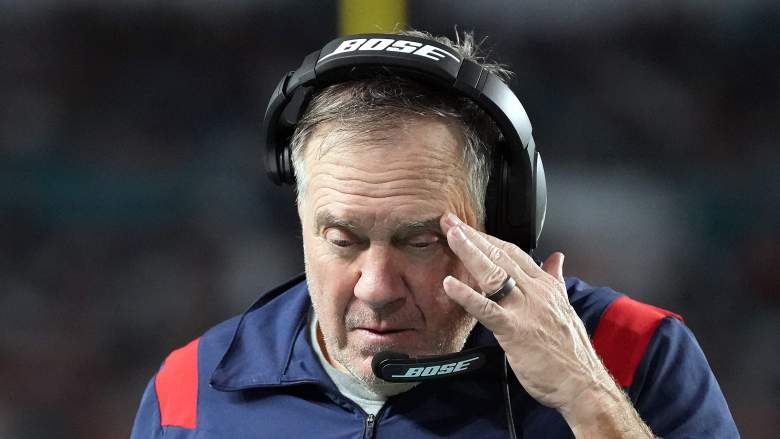 The momentum behind Mac Jones’ hype train may be slowing, but very few people call the New England Patriots rookie a “bad quarterback.”

That’s exactly what First Things First’s Nick Wright did recently. He went at Jones about as brutally as we’ve heard from anyone but I’m Just Saying’s Paul Esden Jr., and there was no mercy.

“He stinks,” Wright said. “Ever since (Bill) Belichick emasculated him on national TV, he’s been horrible apart from one game against the (Jacksonville Jaguars). “He was terrible. He plays his worst football at the worst time of the year when all the other rookie quarterbacks are showing growth because they were allowed to make mistakes early on.”

Wright concludes his tirade by summing up Jones as “a bad quarterback.”

The “emasculation” that Wright is referring to took place in Week 13 when the Patriots beat the Buffalo Bills on the road and Jones threw just three passes throughout the game. Many critics had harsh words for Jones’ lack of input in this game.

The Patriots have been 1-3 since then and Jones’ numbers are down. He’s completed just under 60% of his passes in that four-game streak, compared to 67% all season.

Jones also threw 6 TD passes and 5 picks and lost a fumble. If you take out the 50-10 loss to the Jaguars that Wright was referring to, Jones’ numbers look even worse.

The elevation of Jones as a future star at quarterback came far too soon. The same applies to Wright’s exaggerated and negative assessment. Jones’ rookie season was strong and that’s not going to change even if he plays terribly against the Bills on Saturday.

Already a quarterback for a playoff team that won 10 games, he was in pursuit of the AFC East Division crown well into the final week of the season.

That’s a better result than most expected of him. Does Jones still have much to prove when it comes to his ability to win the Patriots a game with his arm? Absolutely, but he doesn’t have to have the answers to that question yet.

Based on the experience Jones is gaining this season, what he will acquire in the offseason and next year – barring an injury – the 2022 campaign halfway point should tell us a lot more about what Jones will ultimately become.

So far, he’s done almost everything his coaching staff has asked him to do. If he helps the Patriots knock off the Bills, the narrative will change yet again, and we’ll wait to hear what Wright has to say about the freshman at that point.

That’s a better result than most expected of him. Does Jones still have much to prove when it comes to his ability to win the Patriots a game with his arm? Absolutely, but he doesn’t have to have the answers to that question yet.