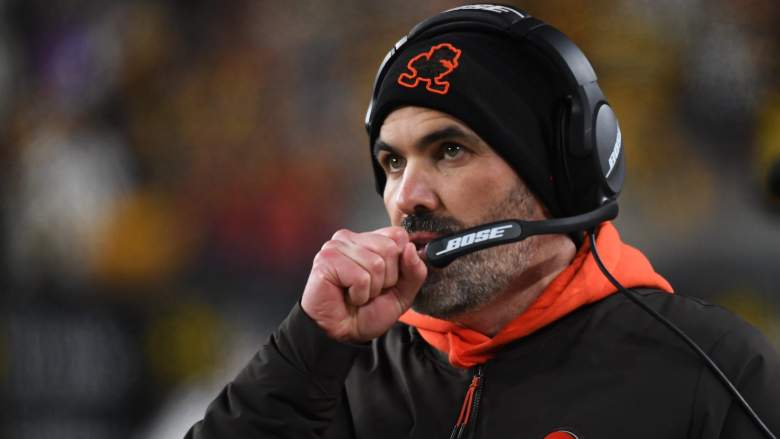 There’s been a lot of talk about the relationship between Cleveland Browns head coach Kevin Stefanski and quarterback Baker Mayfield, though the sophomore skipper claims it’s much ado about nothing.

Stefanski gave a little insight into his relationship with Mayfield during an interview with Andy Baskin and Jeff Phelps at 92.3 The Fan on Thursday.

“That’s good. We talked. He’s going to have surgery, which is huge for him, and he can start the rehab process here and prepare to jump back in,” Stefanski said. “But Baker and I, I think we work well together.

“I respect him. He respects me. I push him. He understands how we work. We’ve had two years together and I think as a team we’ve certainly had our ups and downs. But I think we push each other , and there’s definitely a level of respect there.”

A report by Cleveland.com’s Mary Kay Cabot surfaced last week, citing tensions between Stefanski and Mayfield. Stefanski shot that down, saying both sides are looking forward to next year when Mayfield will hopefully be healthy and recovering.

That doesn’t mean there weren’t tense moments between Mayfield and the coaching staff. After a strong first half against the Ravens on December 12, the Browns were shut out in the second half and nearly lost the game.

“We did enough to win the game,” Mayfield said during the post-game press conference. “Check the box. We have become conservative. We have to put up with this team.”

Mayfield wasn’t too happy either, after being sacked nine times against the Steelers, the bulk of those by TJ Watt, who was left on an island with Browns rookie tackle James Hudson III.

“Your front is pretty good, has been for years.” Mayfield told reporters after the game. “If you’ve got TJ Watt over there and you’re not giving your rookie tackle a lot of help, it’s not going to be good.”

Mayfield also made a more general admission about the Browns’ offense and felt they could have been put in better positions.