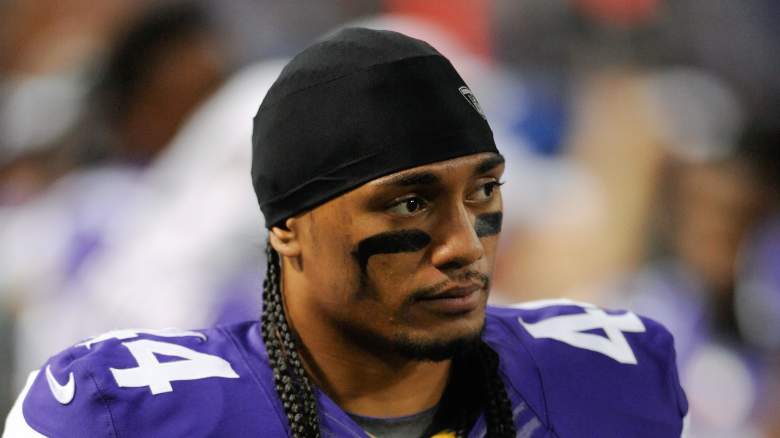 Former Minnesota Vikings running back Matt Asiata’s son is in critical condition after a shooting in Utah Thursday morning.

Ephraim Asiata, 15, has been identified by the Granite School District as one of three victims of a shooting in West Valley City, Utah.

“Principal (Ryan) Oaks spoke to the Asiata family recently and they indicated that he remains in critical condition and the family would appreciate prayers for their son, nephew and cousin,” county officials said in the tweet, per Deseret News. “As a school and district community, we also ask that you keep the families of Paul Tahi and Tivani Lopati in your hearts, thoughts and prayers and that we work to support them in any way we can. There are many children and families struggling tonight because of this senseless tragedy.”

According to Deseret News, police believe two groups of students who knew each other were fighting between northbound and southbound lanes near Hunter High School, Asiata’s alma mater.

A witness to the shooting, who was driving when she heard three to four loud bangs, but did not immediately associate them with gunfire. But then she noticed people jumping apart and saw two teenagers, including one with a gun.

“Everywhere children were flying around trying to escape!” the witness said, per Deseret News. “I saw him shoot at this one kid and I saw him go down and just hit the ground or the ground and he was just in so much pain,” she said. “That was the scariest thing of all. And they went over and kicked him in the head, and then they ran.”

“As far as I know, the people involved are high school students,” Vainuku said.

All three victims were Hunter High School football players. Ephraim, a sophomore, has already done so received an offer from Wisconsin and recently paid an official visit to his father’s college, the alma mater in Utah.

As a linebacker, Ephraim had 77 tackles, 22 tackles for loss, and 13.0 sacks in Nine games last season. He was recently thrilled with his grades, posting on Jan. 12 that he received a 3.8 grade point average for his second term.

Ephraim’s Twitter account is full of workout videos led by Matt, to whom he has shown his gratitude.

“#AsiataTraining I appreciate my DAD for the help and the hard training he puts me through to play this sport,” Ephraim tweeted Jan. 8.

Ephraim was in the Vikings’ locker room while Matt played for the team, called Adrian Peterson “uncle” and posted a childhood photo with the returning star.

Nickname “Fat Boy” since he was a kid, Ephraim continues to receive support on social media from the West Valley City community and beyond.

Ephraim’s Twitter account is full of workout videos led by Matt, to whom he has shown his gratitude.