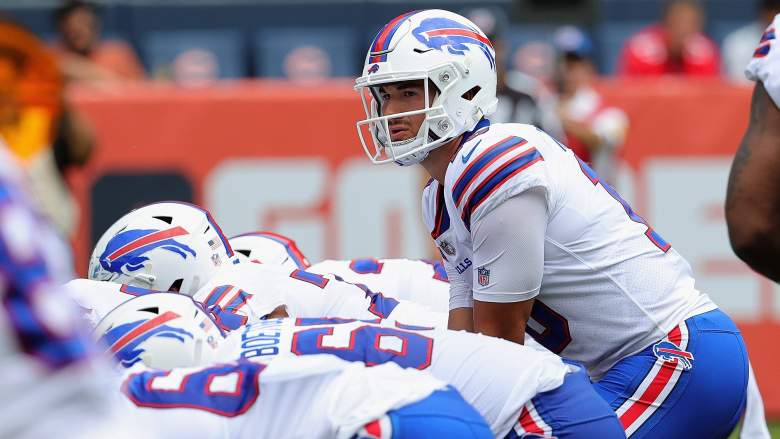 Regardless of what’s said publicly, the Cleveland Browns will be evaluating all of their quarterback options for next season, which could include bringing in a qualified backup to help push Baker Mayfield forward.

Browns general manager Andrew Berry and head coach Kevin Stefanski have been driving the narrative that Mayfield will be the starter next season, although that doesn’t preclude the team from bringing in a hungry, talented reinforcement to help push Mayfield forward.

The Athletic’s Zac Jackson has broken down the next steps for the Browns and Mayfield, saying it’s “a perfectly realistic possible scenario” for the team to take out either Marcus Mariota or Mitch Trubisky as their insurance policy. Here’s what Jackson had to say in full about the Cleveland quarterback conundrum:

Both Mariota and Trubisky have taken on backup roles with the Raiders and Bills, respectively. However, the former first-round draft picks have been patiently waiting and will both be free agents after this season.

Mariota was the #2 Oregon overall in 2015. Much like the situation Mayfield is facing, Mariota was usurped by Ryan Tannehill in Tennessee and never got his job back.

Trubisky was also a second pick in the draft, but in 2017. He had a couple of strong years with the Bears and made it to the Pro Bowl in 2018 when he threw 24 touchdowns and 12 interceptions and added 421 rushing yards.

Both appear to be better options than Case Keenum, who is currently signed as a backup next year. The veteran QB went 2-0 when called out, but the team were shy about turning even with Mayfield visibly under 100 percent.

Mayfield has had 17 touchdowns and 13 interceptions this season but broke down the stretch and threw seven of those interceptions in the last three games while the Browns were chasing a playoff berth.

The star of his season is that he played injured most of the time and hobbled to the finish line. He was battered with multiple injuries throughout the year, the most serious of which was a torn labrum in his non-throwing shoulder. He is due to have surgery later this month.

“I think at this point in the year it’s easy to forget what we’ve seen with Baker over the last few years,” Berry said at his season-ending press conference. “Obviously he had his most productive season on this offensive line under Kevin last year. We’ve been with Baker for a long time at this point. We know his work ethic, we know his drive and we’ve seen him as a talented passer in this league. We look forward to him recovering and continuing to improve. We expect him to bounce back next year.”

It’s an interesting conversation for the Browns to have this offseason and we’ll see how it all plays out soon.