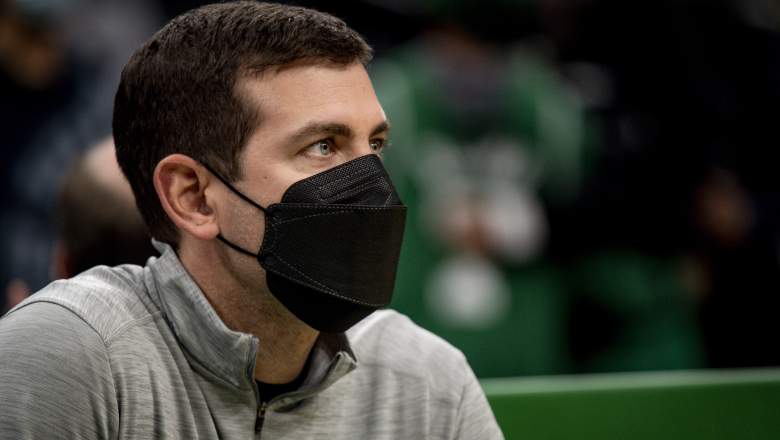 According to NBA insider Steve Bulpett, the Boston Celtics may find it easier to close deals around the trade deadline since Danny Ainge is no longer in the hot seat.

“I think Ainge might have been a bit hesitant with other teams because he had a reputation for semi-cheating other teams. Other clubs didn’t want to be the next to be talked about at GM meetings,” Bulpett told Heavy.com’s Sean Deveney.

Affectionately known as “Trader Danny” by many Celtics fans, Ainge had a reputation throughout his career as President of Basketball Operations for finding trades that worked in his team’s favor.

While people fondly remember the deals to bring Kevin Garnett and Ray Allen to Boston, league GMs instead focused on how Ainge fleeced the Brooklyn Nets for her soul in 2013. Or how Ainge found ways to add valuable role players to his team without giving up comparable talent. Somehow, Ainge always smelled like roses from deals, and while it was good for Boston, it gave other teams cold feet in trade talks.

“I remember a guy talking about the opening when there was an opening for GM after Billy King turned down the job in Brooklyn because of what happened before with Ainge and the deal for Pierce and Garnett, and his line to me was that it was a cloud that would be hard to get out of. He said he didn’t want to be Boston’s bitch for the next five or six years,” Bulpet said.

Now that Ainge is no longer running the show in Boston, teams will likely be more inclined to pick up the phone. And as such, Stevens has a better chance of getting deals over the line than what Ainge did towards the end of his tenure.

Perhaps that’s a testament to the deals Stevens had already made, with the new chief honcho making a series of moves before the start of the season, starting with the swap of Kemba Walker for Al Horford.

Or maybe teams see the new president of basketball operations as a sitting duck, wet behind the ears, ready to be exploited. Because, as we all know, the NBA is a business, and that’s usually a polite way of saying, “People in this industry are cutthroats.”

Regardless of how teams view Stevens, if he can get other GMs to pick up the phone and discuss business, it’s a step in the right direction. Because sometimes it’s better to be the new kid on the block than the wolf of Causeway Street, which is essentially how Ainge became known during his time in the front office.

With the trading deadline quickly approaching, the rumor mill is heating up, with the Celtics at the forefront of most of the rumours. Whether it’s a deal for Ben Simmons or something smaller, like a deal with Jalen Smith, Boston can’t escape the media merry-go-round.

And maybe that’s a good thing, because despite all the talk of teams hesitant to deal with Ainge or take advantage of Stevens, these rumors can act as a catalyst for other deals.

It’s easier to sit at a negotiating table and strike a deal for “Player X” when the person sitting across from you thinks you’re already thinking of “Player Y.” Because everyone wants the best for their team. If you have a player that the opposing negotiator wants, they can quickly make a deal.

Whatever the outcome over the next few weeks, we can rest assured that Stevens is making and receiving calls to improve the Celtics. Hopefully, without a reputation as a scammer, he gets some deals that make sense for this list both now and in the future.