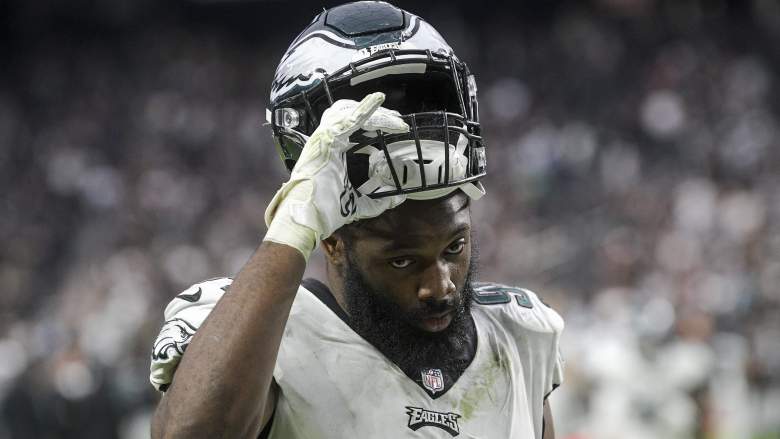 Thursday’s injury report was relatively clean for the Philadelphia Eagles, minus one key defensive starter. Josh Sweat missed his second straight workout with an undisclosed non-COVID illness. Hopefully it’s nothing too serious and he’ll be released in time for the 1pm kick-off on Sunday.

Sweat was a breakout star on the defensive end in his fourth season. The 6-foot-5, 265-pounder is tied with Javon Hargrave for team lead in sacks (7.5) while he is second in quarterback hits (18) and tackles for loss (7). Sweat continues to establish himself as one of the Eagles’ best dominant pass rushers after signing a three-year, $40 million contract extension on September 18. His presence has been vital since Pro Bowler Brandon Graham landed on injured reserve.

“I’ve come far. I’m still going,” Sweat said after signing his contract. “I still have a lot of things I want to do. That’s the small part for me. Now I want to be the best.”

Miles Sanders meanwhile has had a full day of training for the second straight day and is expected to dress on Sunday. The Eagles running back broke his hand against New York on Dec. 26 and missed the last two games of the year. He ended the injury-plagued 2021 season with 754 rushing yards on 137 carries. Sanders failed to record a single touchdown in 12 games.

The latest Eagles news delivered to your inbox! Join this Heavy on Eagles newsletter here!

The cliche manta drilled into Eagles players this week is that Sunday is just another game. Forget the wild card playoff logos on the field. Lock out the national television audience. And don’t stare directly at Tom Brady’s shiny seven Super Bowl rings. So far, so good.

Of course, Head Coach Nick Sirianni has the ultimate trump card in his deck: Super Bowl champions in the locker room. Nine, to be exact, including the guys on injured reserve. Two of them ensure the calm before the storm.

“Big up or go home baby. That’s what it’s really about, doing it right said Lane Johnson. “You’re trying not to get caught up in the hype and everything that’s going on around you, but it’s still hard, so just try to eliminate the distractions and try to have a good practice Thursday today and move forward.”

“They have the same level of preparation they have had since the start of the season,” said safety Rodney McLeod. “Don’t change anything because now it’s the playoffs or now it’s the Super Bowl, just be who you are because that will do.”

Cornerback Steven Nelson missed a $375,000 game-time incentive because the Eagles rested him in Week 18. They wanted to seed all of their starters to keep them fresh for the playoffs. Well, the franchise has rewarded Nelson (via ESPN’s Field Yates) for sticking to the plan by giving him a $375,000 signing bonus to compensate.

That’s a pretty cool gesture from a noble organization. And Nelson may be in line for a big raise this offseason, if anyone’s listening to Darius Slay.