Cody Ware has his schedule for the 2022 season 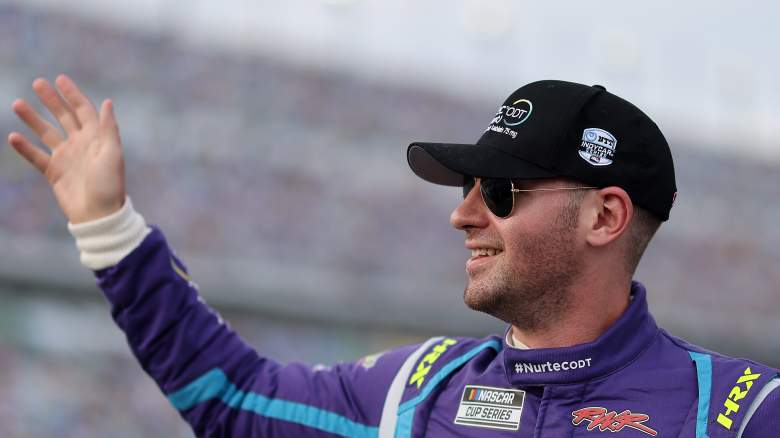 Cody Ware has finalized his plans for the 2022 NASCAR Cup Series season. He will return to Rick Ware Racing for a full season in the #51 Ford Mustang, marking his biggest season yet.

The North Carolina native made the announcement on Friday, January 14 during an appearance on SiriusXM NASCAR Radio. He confirmed he will run the entire season beginning with the Busch Light Clash at the LA Memorial Coliseum and the Daytona 500 on February 20th.

However, Ware has not provided any updates on his sponsorship plans Added team owner Rick Ware some more information. He confirmed on Twitter that Nurtec ODT will return as a main partner, having sponsored the No.51 for 31 races in 2021. However, he has not disclosed the number of races with the purple scheme.

Ware, who has 55 Cup Series starts on his resume, competed in his biggest schedule in 2021. He started the year with a 21st place finish at the Daytona 500 and then started 32 of the 36 races. JJ Yeley replaced him at Nashville Superspeedway while James Davison replaced him at Watkins Glen International.

Ware also missed two races late in the season due to medical reasons. He crashed on lap 209 during the Southern 500 at Darlington Raceway on September 5. He went to the Infield Care Center and stayed with the medical staff for a considerable amount of time.

Goods explained on Twitter after the crash he had a “nasty bout of carbon monoxide poisoning” but said he was much better after treatment. However, RWR kept him out of the lineup for races at Richmond Raceway and Bristol Motor Speedway with Garrett Smithley and Yeley replacing him.

“Following treatment at Darlington Raceway’s infield care center last weekend, Cody Ware will be sidelined for both Richmond Raceway and Bristol Motor Speedway as a precautionary measure.” RWR said in a statement Sept. 10. “On the Monday after treatment, Cody was still experiencing the side effects of carbon monoxide. Cody felt it was in the team’s best interest to have a backup driver for the next two weeks.”

While Ware will continue to drive the #51 Ford on a full-time basis, the second entry will see a rotating squad of drivers as the team transitions from four-car to two-car operations.

Ryan Preece will make two regular season starts – Dover International Speedway and Charlotte Motor Speedway – in the #15 and the Busch Light Clash at the LA Memorial Coliseum on February 6th. Preece is a backup driver for Stewart-Haas Racing, but the championship-winning organization has a technical alliance with RWR.

Additionally, David Ragan will return to the NASCAR Cup Series and make the 15th start at the season-opening Daytona 500. Ragan will also make several other starts for RWR during the season, but the team is yet to reveal its busy schedule.