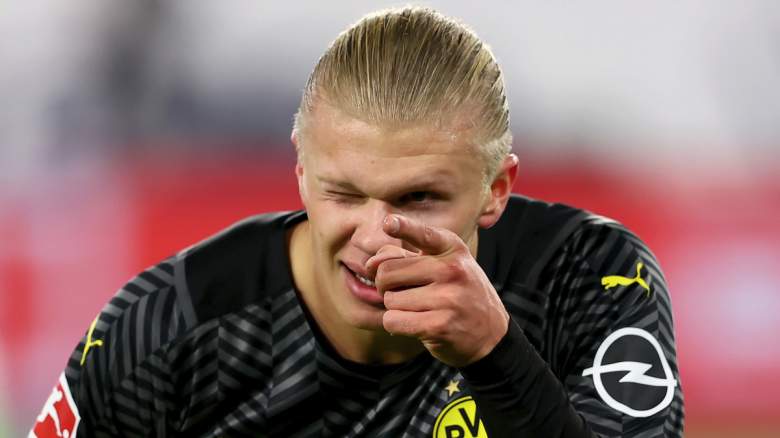 Barcelona target Erling Haaland has spoken about his future and revealed he will soon have to make a decision after being pressured by Borussia Dortmund.

Haaland is one of the hottest properties in Europe due to his strong form for the Bundesliga side. The Norwegian international has bagged 78 goals in 77 appearances since his move from Red Bull Salzburg in December 2019.

Two of those goals came in Dortmund’s 5-1 Bundesliga win against Freiburg on Friday 14 January, prompting the striker to address speculation about his future in an interview with Norwegian TV channel Viaplay.

“In the last six months I have chosen not to say anything out of respect for Dortmund, but now the club have started to pressure me into making a decision,” he said. “I just want to play football. But they’re pressuring me… about my future, so I have to make a decision soon.”

Haaland added that he would rather focus on his football for now but again insisted Dortmund would like to know their future plans sooner rather than later.

“They did [Dortmund] want. It means things are going to happen now,” he added. “They’ve started putting a lot of pressure on me and I have to accept that… so now it’s time to get things moving.”

Barcelona are one of several clubs interested in signing Haaland at the end of the season. The club’s financial woes could make a signing difficult, although the striker has a release clause of just €75 million that will come into effect this summer, as reported by Marca.

The Catalan giants will face stiff competition for Haaland’s signature. Manchester City manager Pep Guardiola also wants the Norwegian, according to Diario AS. Meanwhile, Real Madrid want both Haaland and Kylian Mbappe in the summer, as reported by Marca.

Barcelona president Joan Laporta’s top priority is bringing Haaland to the Camp Nou and the club will ‘do all their economic efforts’ to sign the striker, according to Marca.

Laporta has previously spoken optimistic about the club’s ambitions after signing Ferran Torres from Manchester City during the January transfer window.

“We are working on building a top team. Anything is possible if we do things well and I’m sure we will. Top players are open to a move to Barca,” he told reporters at a press conference. “We are definitely regaining our status. Everyone in the world should prepare for this because we are back as a big player in the market.”

Laporta has also responded to the Haaland speculation when asked about the striker by supporters in Saudi Arabia, as reported by Sport. “Who is he?” He joked in response to a fan before adding: “That boy is a very good player!”

Barca’s finances may be stretched due to years of mismanagement but La Liga pundit Guillem Balague told BBC Sport the club could still afford to sign Haaland provided they could make sales first.