Wordle: Creator of the eponymous app to donate profits after download boost 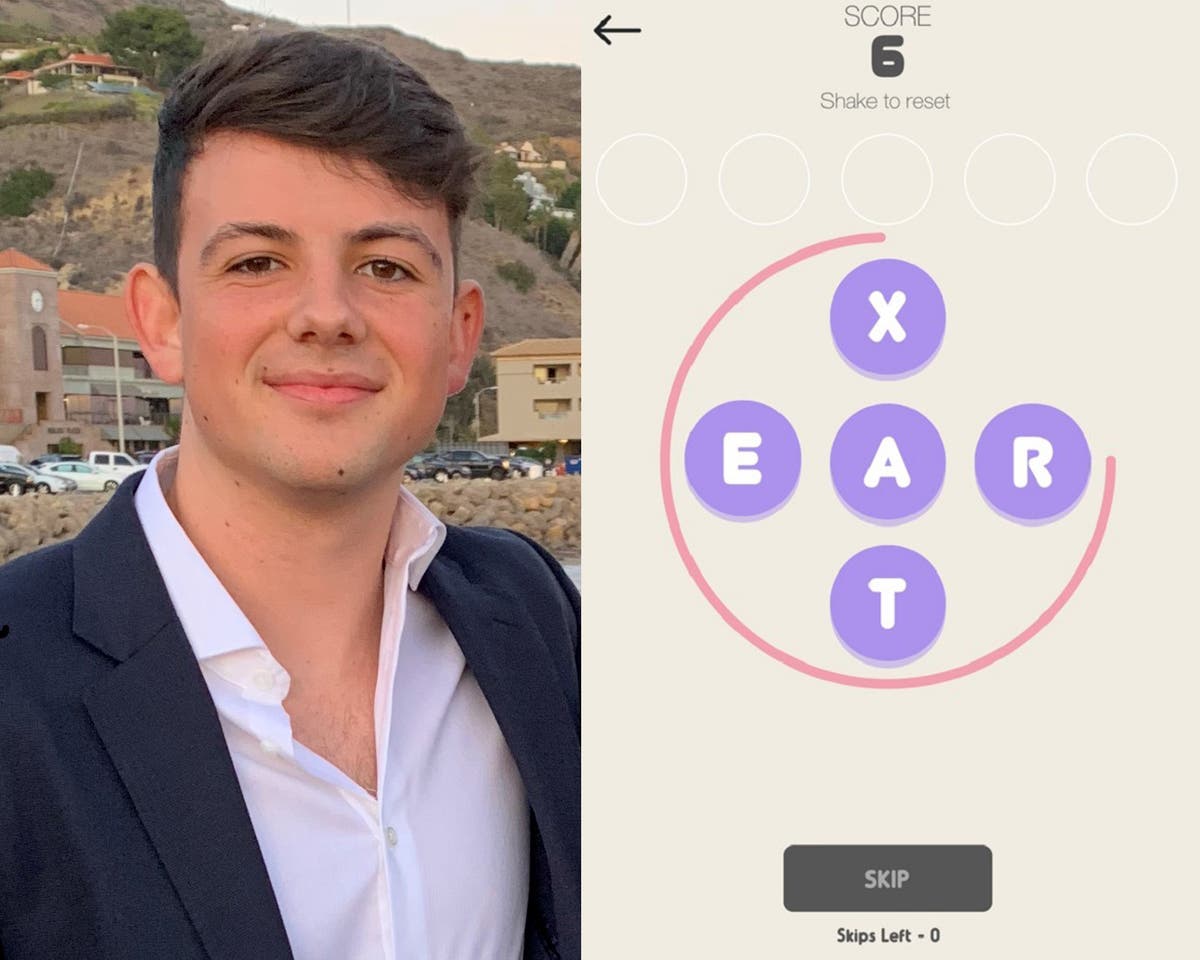 A developer whose five-year-old app suddenly garnered half a million downloads for sharing its name with a viral sensation puzzle game has vowed to give away the profits.

Steven Cravotta, 24, created the word game Wordle when he was 18 and uploaded it to Apple’s App Store more than five years ago, but abandoned the project shortly thereafter and hasn’t updated it since.

In the past few weeks, another puzzle game – also called Wordle – has gone viral, regularly hitting Twitter as players share their findings.

However, this game is played in a web browser. So when people search for an app, the first thing they come across is Mr. Cravotta’s game.

He told the PA news agency: “I logged into my app development dashboard a week ago and it was crazy what I saw.

“I saw 200,000 downloads of Wordle, a game I hadn’t touched in five years, and like before, I was getting maybe two or three downloads a day.”

The web-based version of Wordle – created by British developer Josh Wardle – has been a huge success in recent months.

Mr Wardle has deliberately kept the game simple, with only one puzzle per day so it doesn’t take up too much time, and no ads to demand the user’s attention.

It requires players to guess a five-letter word using green, yellow, and gray blocks to indicate which letters are correct and in the right or wrong place.

The eye-catching block patterns can then be shared on social media, which – coupled with media coverage and tweets from some famous fans – has prompted many to look for the game themselves, with some finding Mr Cravotta’s game instead.

“Just yesterday I got 130,000 downloads on it, so the reaction to that was absolutely insane – it’s something I never could have imagined,” he said.

The download count for the 2016 game – also a word puzzle but with different rules – is now up to 500,000, and while the game itself is free, it still generates thousands of dollars in revenue.

And after reaching out to Mr Wardle, he’s decided to donate that money – which currently stands at around $3,000 (£2,200) – to Boost! to donate to an organization that provides free tutoring and mentoring to children in underprivileged areas of Oakland.

He said: “At the end of the day, this all happened because of Josh’s app, right? And I want to respect his mission.

“So you know, whatever the number is, it’s not really about the money for me.

“This is about doing something great for the world and I’m just lucky to have this opportunity.”

Despite the confusion over the name, about 30% of people return to the app after downloading it to continue playing, Mr Cravotta said, adding it’s “pretty good considering this isn’t really the app they’re looking for.” “. .