What the newspapers say – January 15th 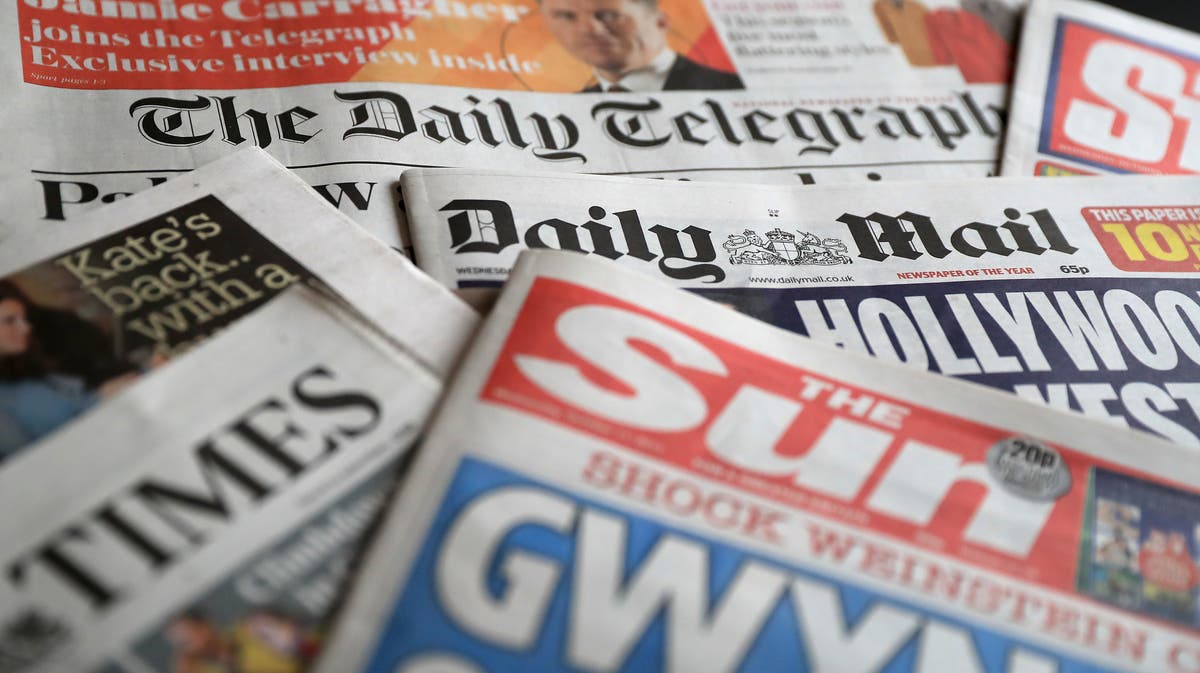 The nation’s front pages are overwhelmingly dominated by the “Partygate” scandal that has consumed Boris Johnson and prompted MPs from his own party to call for his resignation.

The Daily Telegraph writes that Boris Johnson will lift Plan B’s Covid restrictions as he plans to win back the public and his Tory colleagues amid the ‘Partygate’ scandal.

The guard bears Downing Street’s apology to the Queen after it was revealed government workers threw two parties the night before she buried her husband. The newspaper also writes that Conservative MPs will hold crisis talks over the weekend amid public outrage over allegations by the lockdown-busting party.

The daily mirror No 10 staffers were reportedly holding “weekly wine time” on Fridays while the rest of the nation went into strict lockdown.

The “noisy party” which took place on the eve of the Duke of Edinburgh’s funeral and led to an apology from Mr Johnson to the Queen had resulted in Downing Street staff pouring “a suitcase full of wine” into No. The sun allegations.

LatestPageNews brings an exclusive edition on the ‘Partygate’ saga and reports that the Prime Minister has drawn up a list of Tory MPs whom he will ask to take the case over the scandal to save his leadership.

I weekend writes that Liz Truss and Rishi Sunak have been trying to ‘woo’ Tory MPs amid mounting pressure within the Prime Minister’s own party for him to resign.

the Daily express writes that the “loyal queen deserves better” than No.10’s alleged behavior during a lockdown that has seen her forced to mourn her husband in solitude.

The times Cabinet ministers have reportedly warned Boris Johnson he is in a “last chance room” as those who still support the Prime Minister are finding it increasingly difficult to defend the behavior of Downing Street staff.

the FT weekend Also splashes on the scandal engulfing the prime minister, writing that his “future hangs by a thread”.

the Daily Star continues in the same vein, with the caption: “If the last of Bozo’s minions is caught at a lockdown party, please turn off the lights”.

Elsewhere, the Daily Mail accuses Sir Keir Starmer of hypocrisy and shows a blurred image of the Labor leader who, in the company of colleagues, appears to be holding an alcoholic drink which the paper claims was taken in April 2021 while the UK was in strict lockdown.