Vigils across the island of Ireland to commemorate Ashling Murphy 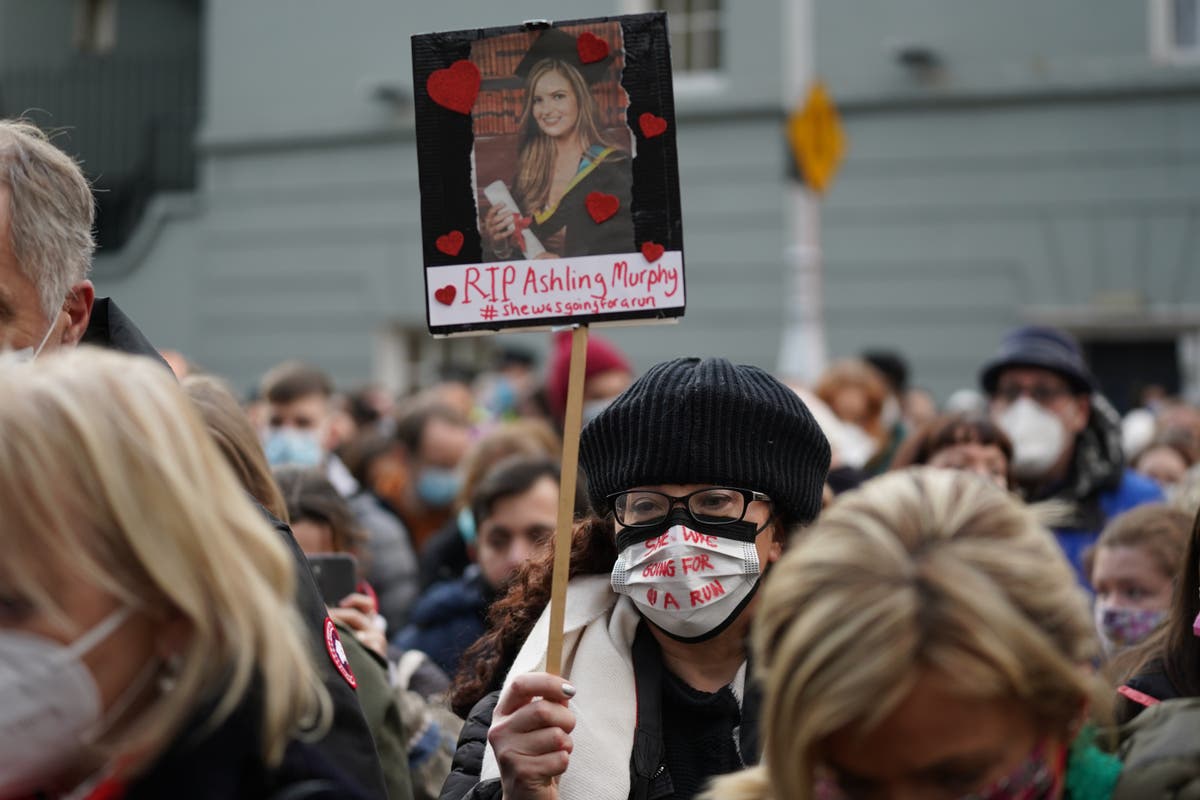 Vigils were held across the island of Ireland to commemorate murdered primary school teacher Ashling Murphy.

Irish police are continuing the hunt for the killer of the 23-year-old, who was found dead on Wednesday after walking along the banks of the Grand Canal in Tullamore, Co Offaly.

Thousands of people gathered in Tullamore, Dublin and Belfast as well as many other cities across the island in the late afternoon.

Taoiseach Micheal Martin was among those who stood silently outside the Dail Parliament in Dublin on Friday, while Northern Ireland’s Deputy First Minister Michelle O’Neill joined the crowd at Belfast City Hall.

Further vigils and commemorative events will take place in the coming days.

Shops, shops and cafes closed in Tullamore early Friday as the Midlands city largely came to a standstill as thousands attended the vigil at a local park.

Many tears shed as people of all ages came to mourn and pay their respects to the young teacher.

Friends of Ms Murphy were among the traditional Irish musicians who played at the vigil.

Local priest Father Joe Gallagher addressed the crowd before calling for a minute’s silence. All the major religious groups in the area attended the gathering.

“We remember her heartbroken family, her peers at work, in music, in sports, in friendship, and her young students in the first grade who loved their teacher,” Father Gallagher said.

“This is a time of sadness without words. we need to be together We must support each other in this dark time.

“We stand together, united with groups across our country and even beyond, united with women who fear and know the trauma of violence. United in sadness, anger, shock.

“On this dark evening we want to hold a light in our hands, standing together in solidarity to share our tears and our deep sorrow. Time to pray, think, listen, be together.”

Attracta Brady, Ms Murphy’s first violin teacher, played along with other musicians at the Tullamore vigil.

“She was the most beautiful girl inside and out,” she said.

“She was every parent’s dream. She was everything you want in a daughter. She had integrity, she was honest, she was trustworthy. She was quirky and a little cheeky at times, with the prettiest smile, and she would get away with it because she had this beautiful sparkly smile.

“She was never in a bad mood, she was always smiling and loved her violin. Her parents told me just yesterday that she never had to be asked to practice. She was bright and energetic and everyone loved her.”

Earlier, Taoiseach Martin said the killing “united the nation in solidarity and revulsion.”

“Every effort will be made to bring this investigation to a conclusion and bring the person responsible to justice,” he said.

Politicians have promised that the Gardai will be given all the resources needed to find the killer.

Ms Murphy’s death has sparked fresh debate about women’s safety in Ireland, with many wondering how such an attack could have happened in broad daylight.

“We have to face that as a society. There is an epidemic of violence against women. It’s been like this for thousands of years, to be honest,” Tanaiste Leo Varadkar said on Friday.

“I think men and boys in particular have a responsibility to have that conversation among themselves about the kind of factors, the kind of attitudes that create feelings that drive men to commit acts of violence against women.”

On Friday, Gardai issued a renewed appeal for witnesses, asking anyone who might have information about a bike — a Falcon Storm mountain bike with straight handlebars and distinctive yellow/green front forks — to come forward.

On Thursday, officers released a man they questioned, saying he was “no longer a suspect.”

The man’s lawyer told the PA news agency that his “life had been ruined”.

Donal Farrelly, who represented the man during his two-day questioning, condemned those who tried to identify him on social media.