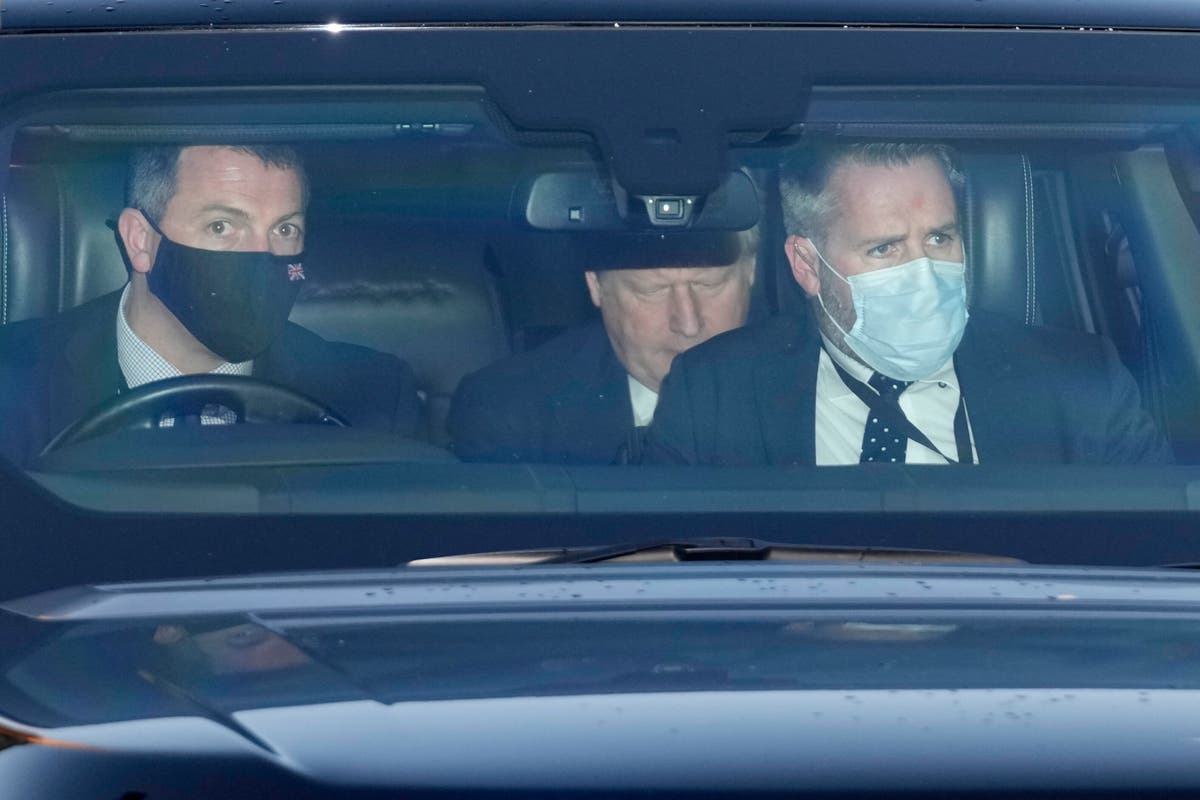 Disagreements at the top of government over the “Partygate” series erupted openly today, with Home Secretary Priti Patel backing away from Rishi Sunak’s suggestion that he reserve judgment on Boris Johnson’s position until after an independent report has been published.

Downing Street has been forced to insist the Prime Minister has his Cabinet’s “full support” after the Chancellor received a lukewarm message on Twitter saying Johnson had rightly apologized for attending a drinks event during lockdown in the garden of Downing Street and called for “patience while Sue Gray carries out her inquiry”.

Asked if she is following Mr Sunak in qualifying support pending the report’s release, Ms Patel told Sky News: “No. On the other hand. I have publicly supported the Prime Minister and actually you speak to the Home Secretary who spends all my time supporting the Prime Minister day in and day out.”

The Chancellor sent MP Simon Clarke to stem speculation about his stance. But comments from the chief secretary of the Treasury were cautious as he said: “The Chancellor made it clear in his statement yesterday that he thinks it is right – as I did – for the Prime Minister to apologize and take responsibility for what has happened.” happened at Downing Street. but also that this investigation must be completed before we proceed. I think our positions are absolutely one in that regard.”

Scotland Yard said it will wait and see if the Gray inquiry identifies evidence of potentially criminal behavior before investigating the Downing Street parties.

Meanwhile, there was open conflict between Scottish Conservatives and the national leadership as MSPs in Edinburgh rowed behind leader Douglas Ross after he was branded a “lightweight” by Jacob Rees-Mogg for demanding Johnson’s resignation.

A senior Scottish Tory was quoted as saying it was “unimaginable” that after this week’s events the Prime Minister would be able to address the party’s annual conference in Scotland in March – something all previous leaders have done.

Speaking in the House of Commons on Thursday, Mr Rees-Mogg appeared to be offering a new apology for the Prime Minister’s attendance at the “bring your own boze” gathering of around 40 staff on May 20, 2020, at a time when the public was told was that they could meet outdoors with at most one person from another household.

Mr Johnson told MPs on Wednesday he thought it was a work event. But Mr Rees-Mogg went further by suggesting the forthcoming public inquiry into Covid should look at whether the restrictions in place at the time were “too harsh on people”.

“Given the difficulties the Conservatives are currently in, they risk imploding in the internal struggles within the party,” Prof Curtice warned.

And the SNP seized on the comments, claiming they showed “contempt for Scotland”.

Kirsten Oswald, the party’s deputy leader in Westminster, said: “It is not only deeply humiliating for Douglas Ross, but also a revealing insight into the Tory government’s arrogant and dismissive attitude towards Scotland as a whole.”

Scottish Tory MSP Liz Smith described the remark as “very ill-advised”, while fellow Holyrood Jamie Greene said Rees-Mogg should “lie long”. Mr Ross himself said: “Jacob Rees-Mogg is entitled to their opinion like anyone else. I don’t have to agree with them.”

After four Tory MPs – including Ross – called for Johnson’s resignation on Wednesday, others said today they would keep their powder dry until they see the outcome of Ms Gray’s led inquiry, which is now expected to be completed next week.

But senior backbencher Philip Dunne made it clear there would be dire consequences for anyone criticized by the Whitehall-Mandarin.

Mr Dunne told Times Radio: “I think the Prime Minister was quite right to apologize yesterday and I think it’s right that we wait and see what the investigation into Sue Gray reveals.

“People will then have to bear the consequences of whatever happens.”

He added: “It is a very worrying and unedifying time. These are serious allegations at a very serious time for the country and it is not comfortable.”

Downing Street denied the Prime Minister’s apology on Wednesday was disingenuous after he reportedly privately told MPs the scandal was “not his fault and he bravely takes the blame for others”.

Angela Rayner, Labor Deputy Leader, responded to the claim: “Not taking responsibility is in this Prime Minister’s DNA. He will always try to shift the blame, it’s always the others’ fault. He’s not sorry, he’s sorry he got caught.”

“The Prime Minister has made it clear again and again that we have not done things right and that he must take responsibility.”

The spokesman downplayed the importance of the eight-hour wait after Mr Johnson’s apology before Mr Sunak and Secretary of State Liz Truss signaled their support.

When asked if Mr Johnson had the full support of his cabinet, the Prime Minister’s official spokesman said to a regular media briefing in Westminster, “Yes, and you can see they continue to address the public’s priorities.”