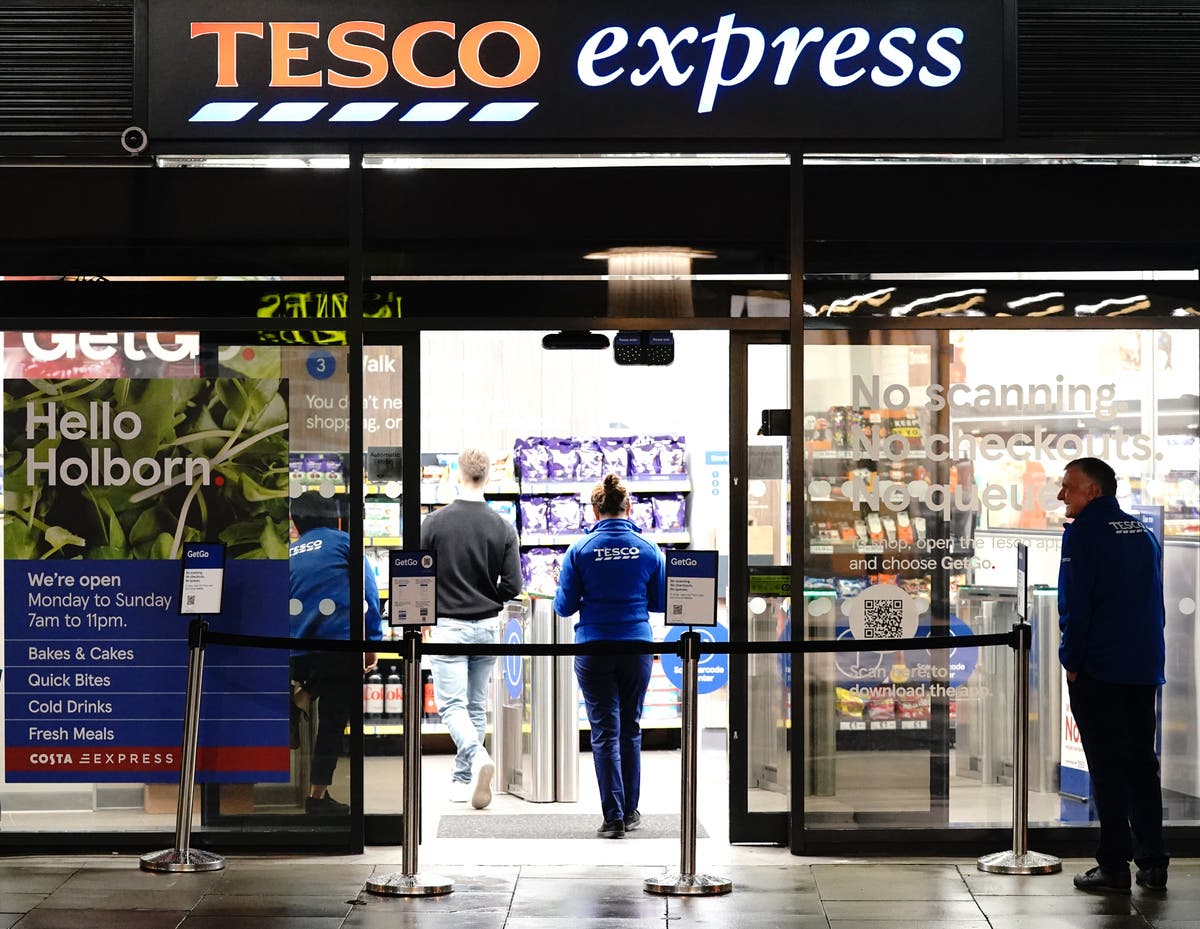 Tesco has announced around 13,000 temporary Christmas workers have been retained to help cope with staff absences due to Covid-19 as the group boosted its profit outlook thanks to a strong festive performance.

The UK’s largest supermarket said almost half of the 30,000 temporary staff hired over Christmas had been taken on by at least the end of January as it struggles with rising sick leave from staff due to the Omicron variant.

Chief Executive Ken Murphy said absentee rates have been higher than normal over the past six to eight weeks but are “manageable” and well below those in the early days of the pandemic.

His comments came as Tesco reported a 0.3% rise in like-for-like sales in the six weeks to January 8 compared to a year earlier, as trade was boosted by coronavirus lockdown restrictions.

On a biennial basis, UK festive sales rose 8.8%, although Tesco added that the recent trade also received a boost as the British decided to stay home more due to the spread of Omicron.

The group said the better-than-expected trade put it on track to post full-year retail operating profits slightly above its previous guidance of £2.5bn and £2.6bn – the second increase in less than four months.

But the group warned of soaring food prices as their costs have nearly doubled to 5%, with customers already seeing a 1% rise over the past 19 weeks.

Mr Murphy said: “It is possible that we will see further food inflation but we will do our best to minimize the impact on customers.”

The trade update also covered Tesco’s third quarter, showing that UK like-for-like sales rose 0.2% over the 13-week period, while the broader group posted growth of 2.4% and a rise of 3.2% recorded the holidays up to January 8th.

Tesco has joined a string of retail rivals to raise its earnings expectations, with close rival Sainsbury’s raising its earnings outlook on Wednesday, helped by a 0.1% rise in sales in the six weeks to January 8.

Mr Murphy said: “Despite the growing cost pressures and supply chain challenges in the industry, we have continued to invest to protect availability, redoubled our commitment to delivering value and offered our strongest festive range yet.

“As a result, we have outperformed the market, growing our market share and strengthening our value position.”

Tesco also said Tesco Bank’s results would come in better than expected at between £160m and £200m after bad debts were lower than forecast.

But shares fell 2% after its update.

Richard Hunter, Head of Markets at Interactive Investor, said: “Tesco has once again cemented its reputation as the UK’s flagship supermarket, reinforced by a dominant Christmas performance.”

He added: “This performance came amid fears of a festive shortage of goods, which were mitigated by the scale and strength of Tesco’s relationship with its suppliers.