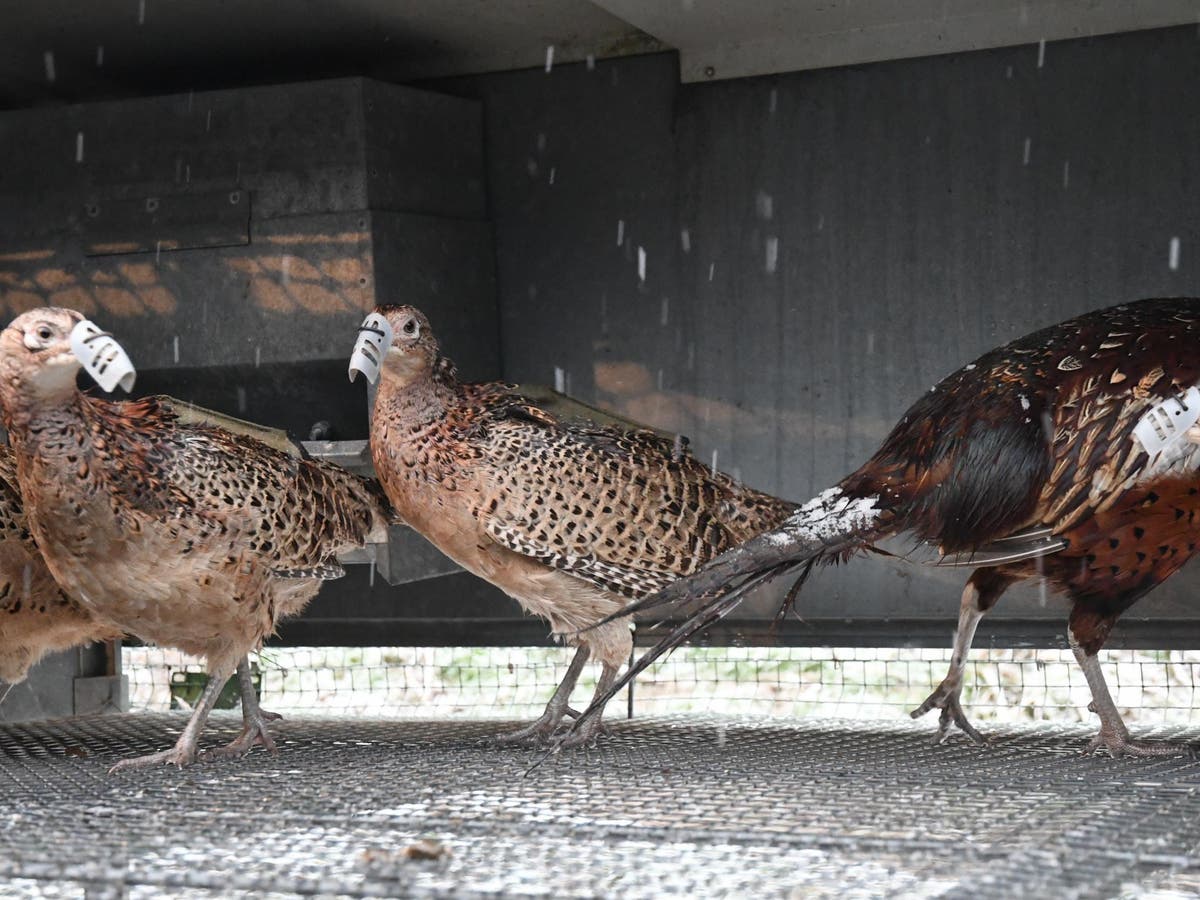 Supermarkets that boast they only sell free-range eggs are buying pheasants and partridges raised in “cruel and polluting” cages, animal rights activists have claimed.

Marks & Spencer (M&S), Waitrose and Sainsbury’s have been accused of double standards in the treatment of game birds they sell for meat.

Rights group Animal Aid contacted all supermarkets to ask if they were buying from farms that kept the breeding birds in cages.

The crowding in cages results in high injury rates and premature death, and many birds are fitted with restrictive face masks to limit the damage done by stressed birds attacking one another, according to tomboy opponents.

Sainsbury’s has confirmed to Animal Aid that the partridges it buys are caged, the activist group said. Waitrose said his birds are not caged but “penned in pairs”, which the rights group says “sets some alarm bells ringing”.

Animal Aid said M&S “evaded our question 11 times in 18 months and we are still awaiting a response”.

The group claims that cages fundamentally violate the government’s code of conduct for wild birds, which says they must have housing that conforms to their natural behaviors.

Seen in an email by LatestPageNews, an inspector with the Animal and Plant Health Agency admitted that cages hinder the natural behavior of birds.

Sainsbury’s, Waitrose and M&S all state that they only stock wild eggs.

Sainsbury’s website states: “We look after the hens that lay our eggs. That’s why we only stock eggs from 100% British cage-free hens.”

Every year, 43 million captive pheasants and 9 million red partridges are released for shooting – a number that has risen sharply since the 1980s.

Activists say only 6 percent of the birds raised enter the food chain through licensed game processors because the demand to shoot them far exceeds the demand for their meat. Dead pheasants have been found in pits, but landowners say most of the birds are taken home by shooters or sold to pubs and butchers.

A parliamentary motion calling for a ban on infertile cages, signed by 121 MPs ahead of the election, says that “large numbers of breeding birds are confined for their entire productive lives in unnatural, uncomfortable, overcrowded metal battery units, known in industry circles as perch cages”. .

It adds that these units “cause a high level of injury and premature death in the birds.”

Wild Justice has threatened to challenge the government in court over the impact on UK wildlife of the simultaneous release of millions of birds and has urged ministers to announce a review.

Wildfowl may only be shot in the open season, which runs through the winter, but the meat can also be frozen and sold year-round.

Packham said: “The spectacle of pheasants and partridges in crowded cages turns my stomach. The potential damage to biodiversity caused by the release of millions of these birds needs to be assessed promptly and independently. Come on, supermarkets! You can’t brag about cage-free eggs and then be involved in selling cage-reared wild birds.”

In 2017 partridges and pheasants were filmed in battery cages during an investigation into a Warwickshire game farm, with campaigners claiming many were stressed and in extremely poor condition. An Animal Aid spokeswoman said: “We have a lot of evidence of suffering – dead birds, birds with feather pecks, bloodied birds, wearing glasses and bits, saddles and pads over injuries.”

2015, LatestPageNews revealed photos of pheasants being heaved into a “stinking pit” at a private shooting range in Berkshire.

In email exchanges between M&S and Animal Aid, customer service representatives said wild chicks are raised in purpose-built shelters with access to outdoor runs. The parent birds had breeding enclosures with areas where the birds could choose to be indoors or outdoors, M&S said.

Animal Aid’s Fiona Pereira said: “There is absolutely no justification for the confinement of a wild bird and yet thousands of pheasants and partridges are caged, many of them injured and all in distress.

“This isn’t even about food production; so people can shoot their offspring for sport. How could any supermarket support such cruelty?”