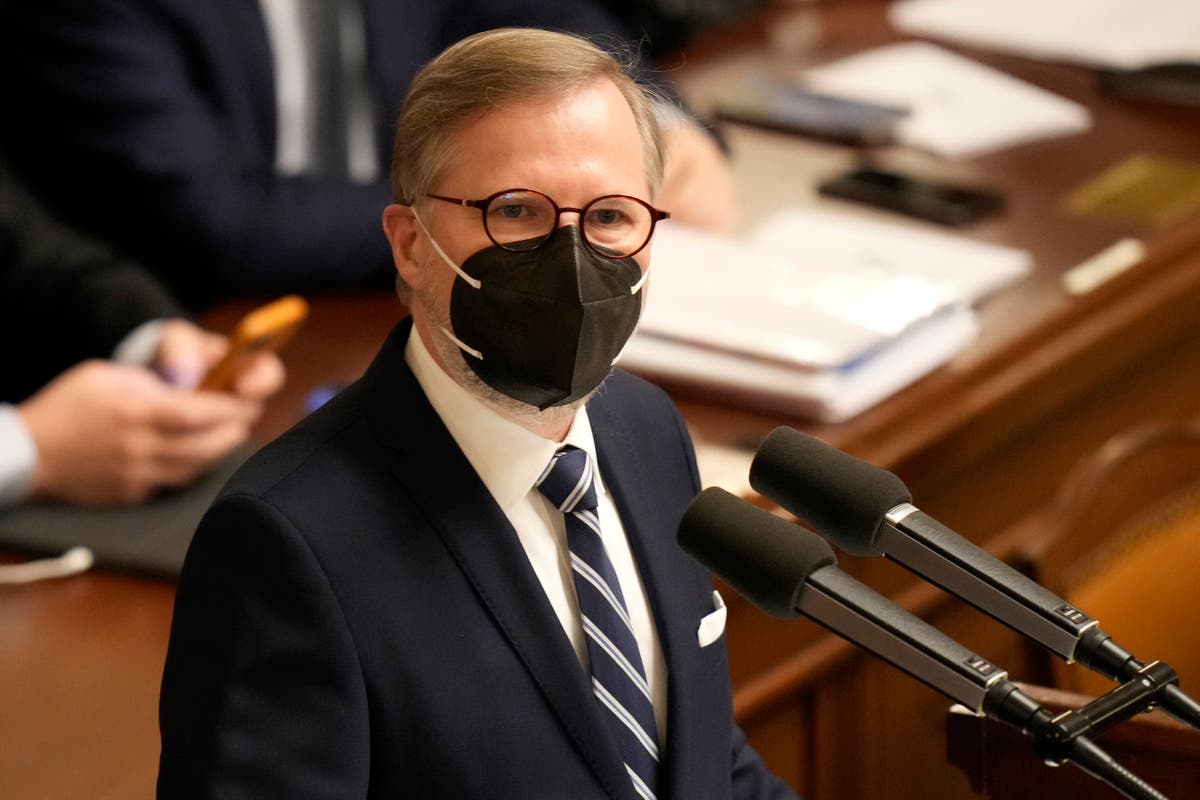 The Czech Republic’s new government won a mandatory confidence vote in the lower house of parliament on Thursday, with the coronavirus pandemic and rising inflation posing its immediate policy challenges.

Lawmakers voted 106 to 87 in favor of the Conservative-led government, in the vote any new government must win to govern.

The government was cobbled together by two coalitions that collectively won the majority of seats in the Oct. 8-9 general election, ending the rule of populist billionaire Andrei Babis

“We are not populists,” Conservative Prime Minister Petr Fiala told lawmakers during a debate that ended with Thursday night’s vote. “We don’t make promises that we’re not sure we can keep.”

The coalition government holds 108 of the 200 seats in the lower house and relegates Babis and his centrist ANO (JA) movement to opposition.

A liberal-conservative three-party coalition called Together, consisting of the Civic Democratic Party, the Christian Democrats and the TOP 09 party, came first in the election with 27.8% of the vote.

She has formed a government with a centre-left liberal coalition made up of the Pirate Party and STAN – a group of mayors and independent candidates – which comes in third place.

ANO narrowly lost the election with 27.1% of the votes.

Despite their disagreements on many issues, including climate change, same-sex marriage and the introduction of the euro, all coalition parties support the Czech Republic’s membership of the European Union and NATO.

The government, which was sworn in on December 17, has focused on taking action to counter an expected surge in the highly contagious Omicron variant of the coronavirus that has become dominant in the country.

Among other things, the isolation restrictions for people who tested positive were reduced from 14 to five days and the quarantine period for close contacts of infected people was similarly reduced.

The cabinet has made it compulsory for all staff to get tested for the coronavirus twice a week and is considering allowing people in some occupations who have been infected with COVID-19 but are not showing symptoms to work.

New infections had been falling from a record high in late November but started growing again last week.

The country has registered over 2.5 million infections and 36,765 deaths.

The new government has also pledged to phase out coal-based power generation by 2033, while increasing the country’s reliance on nuclear power and renewable energy sources.

She has approved a plan to help residents affected by high energy prices, one of the factors behind high inflation, which reached 6.6% in November.