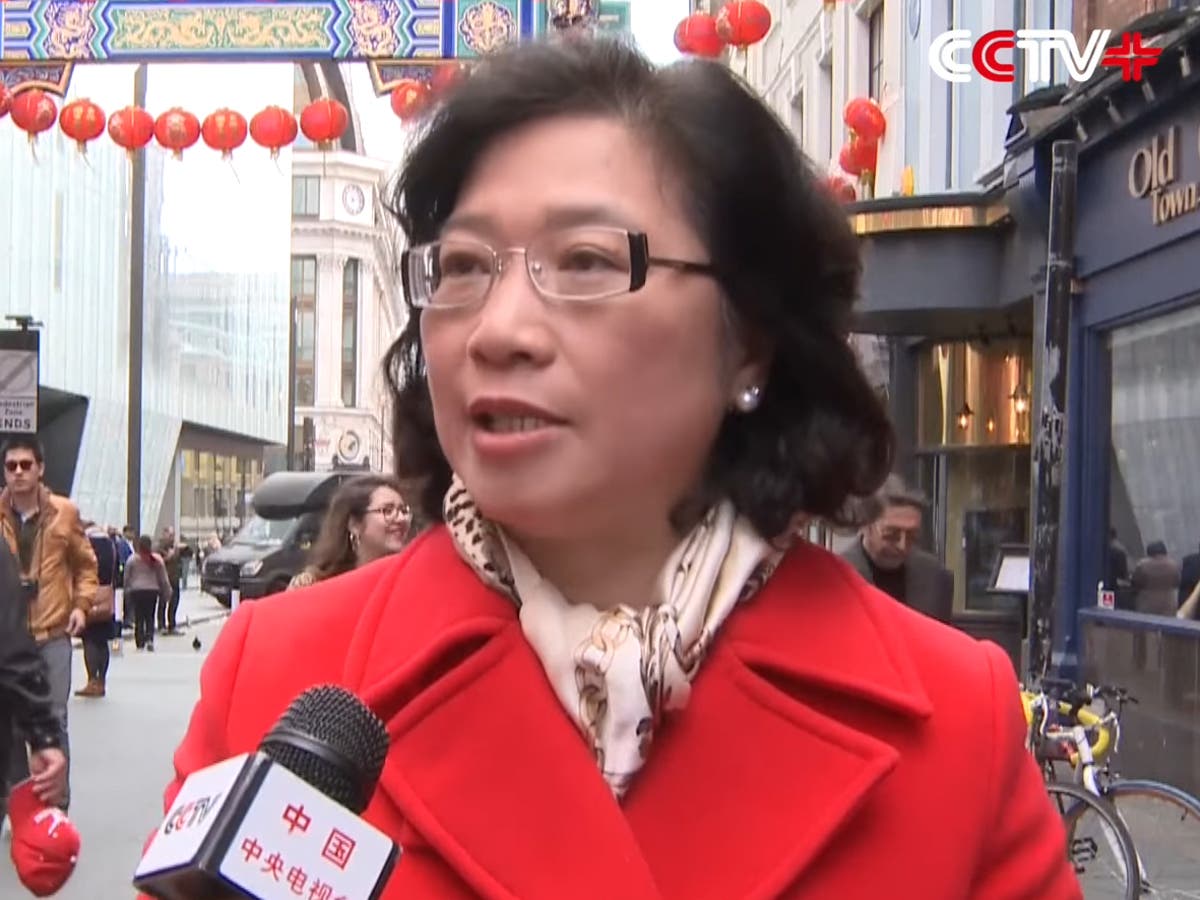 MPs have been warned about a spy threat from a woman who MI5 believes is trying to influence British politicians on behalf of China.

The Speaker of the House of Commons, Sir Lindsay Hoyle, warned in a letter to MPs that Christine Lee had been “involved in political interference” for the Chinese Communist Party and tried to influence parliamentarians.

The letter states, “I would like to highlight the fact that Lee has facilitated financial donations to current and prospective MPs on behalf of foreigners based in Hong Kong and China.”

The spokesman added: “This facilitation was done secretly to disguise the origin of the payments. This is clearly unacceptable behavior and steps are being taken to ensure it stops.”

Labor MP Barry Gardiner has confirmed he has received donations from Ms Lee and said he has been in touch with the Secret Service through the lawyer “for a number of years”.

“You have always known and been made fully aware of your commitment to my office and the donations she has made in the past to fund researchers in my office,” said Mr. Gardiner.

The Labor MP also revealed Ms Lee’s son had acted as his diary manager – but the staffer had resigned on Thursday morning.

Mr Gardiner said MI5 told him that “they have no information to show he was aware of or involved in his mother’s illegal activities”.

The former Labor frontbencher said Ms Lee stopped funding staff at his office in June 2020. The MP said the donations had been duly reported to parliamentary authorities and that he had “in no way personally benefited from these donations”.

The MI5 security alert – details of which were first published in The sun on Thursday – named Ms Lee as a lawyer suspected of “knowingly engaging in political interference activities” in the UK.

It said she worked with “individuals across the UK political spectrum” – including through the now-defunct All-Party Parliamentary Group (APPG) in the UK – and may “seek to create more APPGs to advance the CCP’s agenda.”

Senior Conservative MP Sir Iain Duncan Smith raised the issue in the House of Commons on Thursday, calling for an overhaul of the accreditation process “because it is clearly too lenient”.

The former Tory Party leader told MPs: “This is a matter of great concern,” adding: “Why on earth is such an agent allowed in this country?”

He added: “I am one of those who have done a lot to help the Chinese fleeing Hong Kong. Here in the UK we have names and numbers of people. And it worries me that some of these have been invoked by such a person. This would endanger their lives and their families.”

Liberal Democrat leader Sir Ed Davey also received a £5,000 donation from Ms Lee in 2013 when he was energy secretary in the coalition government, but said the money had been accepted by his local association and was said to be in order.

A spokesman for Lib Dem said Sir Ed was “shocked by these revelations”, adding: “Today’s email from the Speaker of the House of Commons was the first time he has had concerns about a donation to his local party association. ”

In 2019, then Prime Minister Theresa May presented Ms. Lee with a Points of Light Award for her work with the British Chinese Project, a group that aims to foster engagement between the Chinese community and broader British society.

In a personal letter to Ms. Lee – the organization’s founder – Ms. May said, “You should be very proud of the difference the British Chinese Project is making”.

Home Secretary Priti Patel said it was “deeply concerning” that an individual “who knowingly engaged in political interference activities on behalf of the Chinese Communist Party has targeted parliamentarians”.

The cabinet minister said “upcoming government action” would “counteract these types of threats, building on the robust security that already exists, making it even more difficult for states in our country to conduct hostile activity.”

That’s what human rights activist Luke de Pulford said The independent one: “This is not a surprise for us. The suspicion of a very close relationship between the Chinese embassy and representatives of the parliament has long existed. It just goes to show that democracy can be undermined by things like this.”

Mr de Pulford supported Sir Iain’s call for a thorough screening of everyone working in MPs’ offices. “I think we need to be clear about the interests of people who work for MPs,” de Pulford said.

The independent one has contacted Christine Lee’s office and the British Chinese Project for comment.