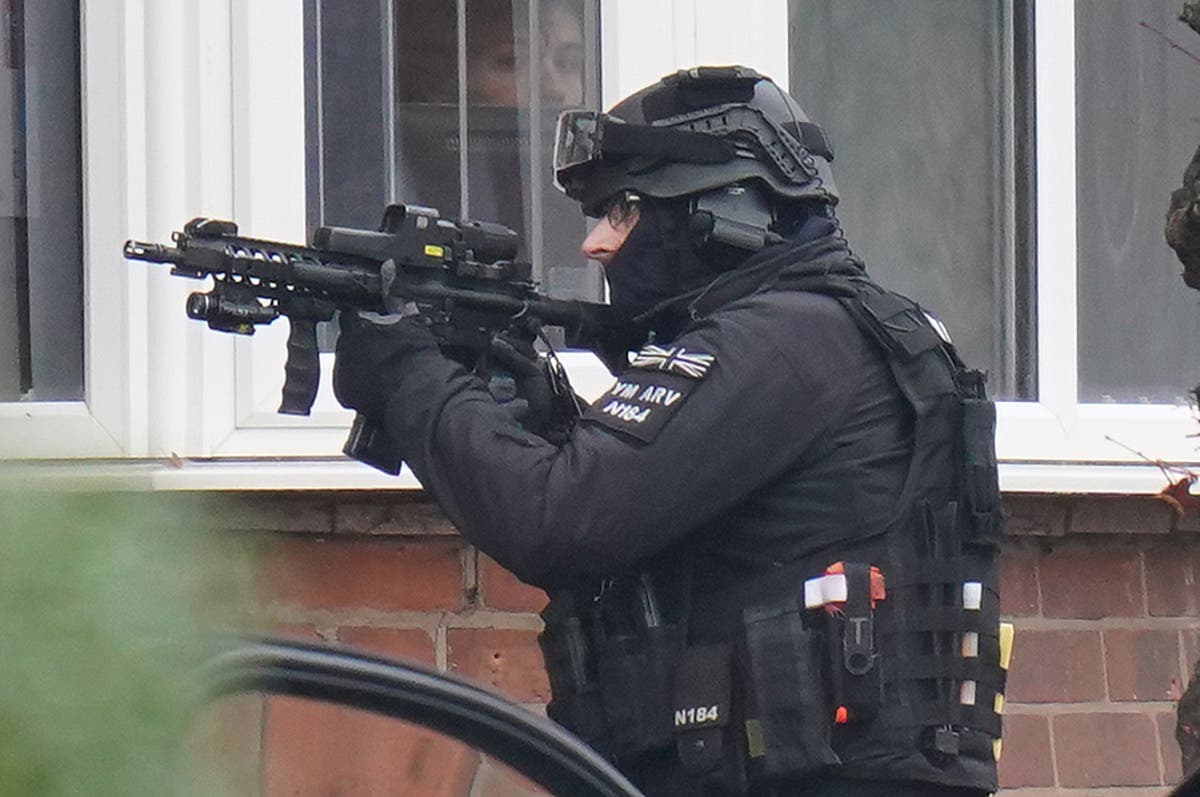 A man remains in custody after armed police officers ended a five-day standoff when they reportedly broke into an apartment with stun grenades.

The 41-year-old father barricaded himself inside with his eight-year-old son, police said.

He was arrested by firearms officers after the siege in Coventry last night.

Neighbors on Earlsdon Avenue North reported hearing bangs and footage showed firearms officers storming the apartment and smashing a window as flashes of light came from a front room.

The standoff began after a “concern about social control” from West Midlands Police.

The boy is believed to be physically unharmed and is being cared for by relatives.

Police say his father is being evaluated by mental health professionals.

Another witness told the station she heard “a lot of bangs” and people nearby “started to cough.”

“It was a pretty stressful situation,” she says.

Superintendent Ronan Tyrer said the boy’s safety was a priority and that it had been an “incredibly delicate and challenging siege”.

“I’m sure everyone in Coventry shares our relief that we were able to get him out of the house safely,” he said.

“We had to balance the risk of keeping the boy indoors and the risk that he could be hurt if we entered the house.”

Nearby Earlsdon Primary School, which had been closed since Monday, has reopened.

Pupils are back in the classroom after what headmistress Rhona Forde described as “a very unusual week”.

The West Midlands Firearms Operations Unit said its officers “were heavily involved in bringing this situation to a safe conclusion”.