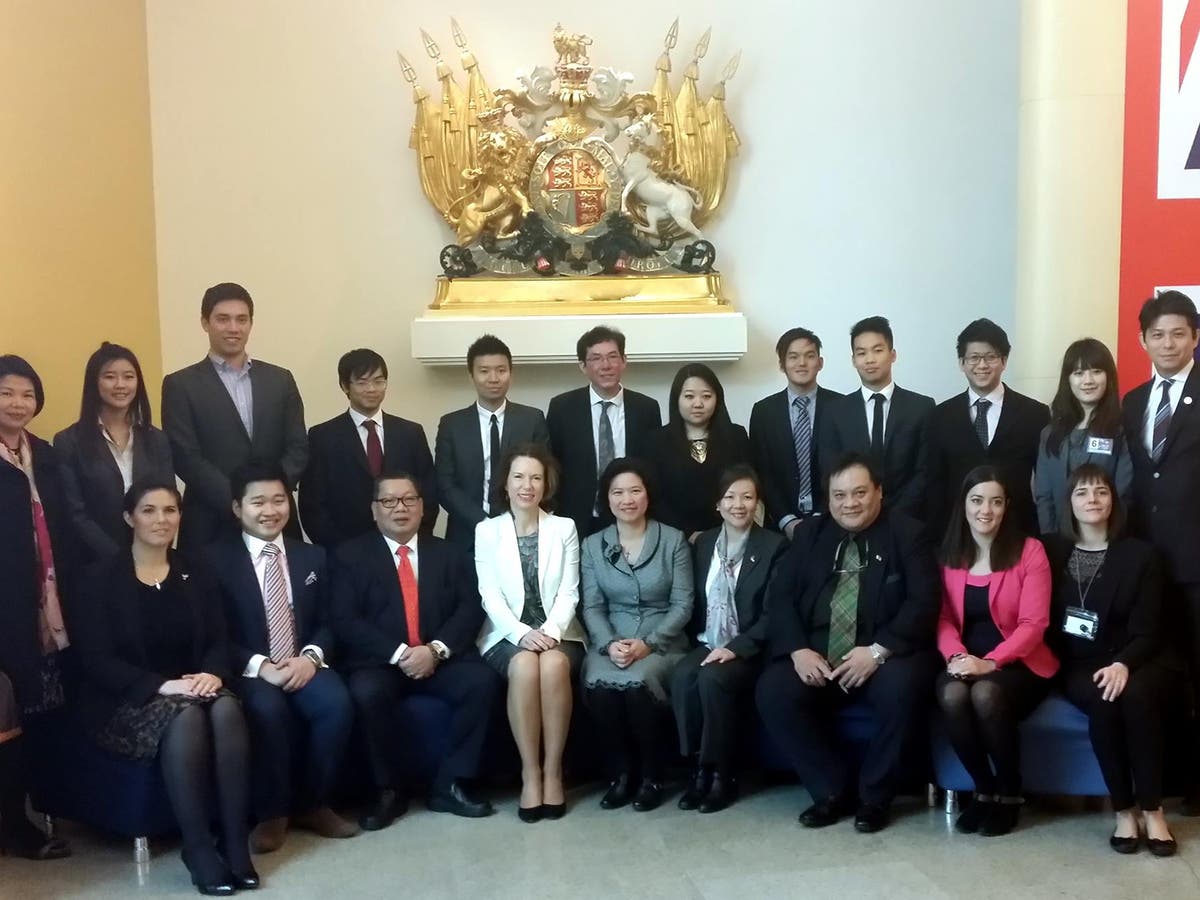 A Labor shadow minister was once part of a delegation to China led by a group set up by the lawyer accused by MI5 of being a communist state agent. LatestPageNews can reveal.

Sarah Owen – who is considered a rising star in Keir Starmer’s party – was part of a 20-strong delegation with Christine Ching Kui Lee, whose group, the British Chinese Project (BCP), organized the 2013 visit.

The 58-year-old lawyer is the subject of a Security Service warning to parliamentarians alleging she tried to improperly influence MPs on behalf of the country’s ruling Communist Party. Owen, then a 30-year-old prospective parliamentary candidate, visited both China and Hong Kong as part of the group and met the British Consul-General, among others.

Pictures excavated by LatestPageNews show Owen posing with the delegation on the trip, which also featured one of Lee’s sons, Michael Wilkes. It is understood that Owen paid for her own flights, but her room and board expenses were covered by the Chinese embassy. There is no indication of any wrongdoing on their part.

It comes as Downing Street said on Friday that it was “deeply concerning” that Lee had “targeted” MPs, with a No 10 spokesman saying ministers remained committed to strengthening anti-espionage legislation would use. Meanwhile, Foreign Ministry spokesman Wang Wenbin dismissed the allegations in Beijing, calling them “baseless”.

Owen, a shadow minister on Lisa Nandy’s Leveling Up, Communities and Local Government team and Labor whip, is the latest politician to be linked with Lee. Labor MP Barry Gardiner accepted hundreds of thousands of pounds in donations through Lee’s law firm – mostly by funding his staff – and hired her other son, Daniel Wilkes, as diary secretary before abruptly resigning on Thursday.

Lee has been pictured with a host of politicians including David Cameron when he was Prime Minister and then Labor leader Jeremy Corbyn. Meanwhile, she was personally commended for her BCP work by Theresa May when she was in number 10.

A Security Service interference alert issued to parliamentarians said Lee had been “acting covertly” in coordination with the Chinese Communist Party’s (CCP) United Front Work Department (UFWD). “We believe the UFWD is seeking to covertly meddle in British politics by forging links with established and emerging MPs from across the political spectrum,” it said.

“Lee is committed to arranging financial donations for political parties, MPs, would-be MPs and individuals aspiring to political office in the UK, including encouraging donations to political bodies on behalf of non-residents.

“Lee has stated publicly that her activities are to represent the British Chinese community and increase diversity. However, the above activity was carried out in covert coordination with the UFWD, with funding provided by foreigners in China and Hong Kong.”

Founded by Lee in 2006, the BCP describes itself on its Facebook page as “a non-partisan, volunteer-run organization” that “seeks to advance the interests of the British Chinese through integration, representation, participation and education”.

A picture uploaded to the group’s Facebook page in December 2013 shows Owen posing with other delegates during the visit, including Lee and then Consul General to Hong Kong and Macau Caroline Wilson, now British Ambassador to China is. A post alongside it read: “The twenty-strong delegation is British Chinese Projects’ first visit to Guang Dong Province and consisted mainly of the British Chinese Project’s core team, including Christine Lee, Joseph Wu and Michael Wilks [sic], Cohan Chew, Mandy Huang, Edwin Wu.”

It lists other people from the big three political parties, including potential candidates for the 2015 general election, such as Owen. The post added: “All of these individuals are passionate individuals committed to promoting British Chinese political representation in British politics. We wish them every success in the future.” Separately, a picture of the group was also tweeted by Wilson, who Owen tagged in her post.

A February 2014 Chinese for Labor newsletter mentions the visit of the group’s then-vice-chairman, Ash McGregor, who also attended. He wrote: “Together with the British Chinese Project, Sarah Owen (Hastings and Rye Labor PPC) and I visited Guangdong Province and Hong Kong in December. Just weeks after China’s Third Plenum, which committed to major social and economic reforms, we met with a number of officials working in economic development and political advisers in Guangdong, Dongguan and Shenzhen. It was a great introduction to China, bringing home the size and diversity of the country, the cultural familiarities and differences, and the opportunities that exist for British businesses and how we are not taking advantage of them.”

Meanwhile, Alex Payton, a former Liberal Democrat candidate, wrote a blog about the visit, thanking BCP for organizing the “study trip” and highlighting how “enthusiastic” the group’s staff were. Describing the trip as a “real eye-opener”, the lawyer added: “It has been made clear to us that China intends to continue its economic expansion for the foreseeable future: I very much hope that the UK as a potential trading partner will benefit greatly from this, and hope.” we think that in China, the population as a whole will also see some of the benefits.”

Owen, the first female MP of Southeast Asian descent, was elected representative of Luton North in 2019. A spokesman for Owen said: “Sarah took part in this cross-party journey to learn more about her own heritage several years before she became an MP. Sarah has never received any donations from Christine Lee, her companies or the British Chinese Project.

“Since her election, Sarah has been vocal in her criticism of the Chinese government’s human rights record in Xinjiang and Hong Kong, and has a record of calling for the use of sanctions.”

BCP has been contacted for comment. There is no indication of wrongdoing by McGregor or Payton. McGregor said: “I paid for round-trip flights from London to HK and a one-way train journey from HK to Guangzhou. The return trip from Guangdong to HK was by bus and was part of…the itinerary, so I assume this was paid for by the regional government.”

He added, “I wasn’t invited directly by Lee. BCP informed Chinese for Labor about the trip and asked interested people to get in touch.” He said he had not had contact with Lee for several years. Payton was contacted for comment.

Gardiner has said that he personally did not benefit from Lee’s donations and that he was “connected with our security services” for many years.