Hospitality “stayed in the balance” as the Covid restrictions remain in place, say the bosses 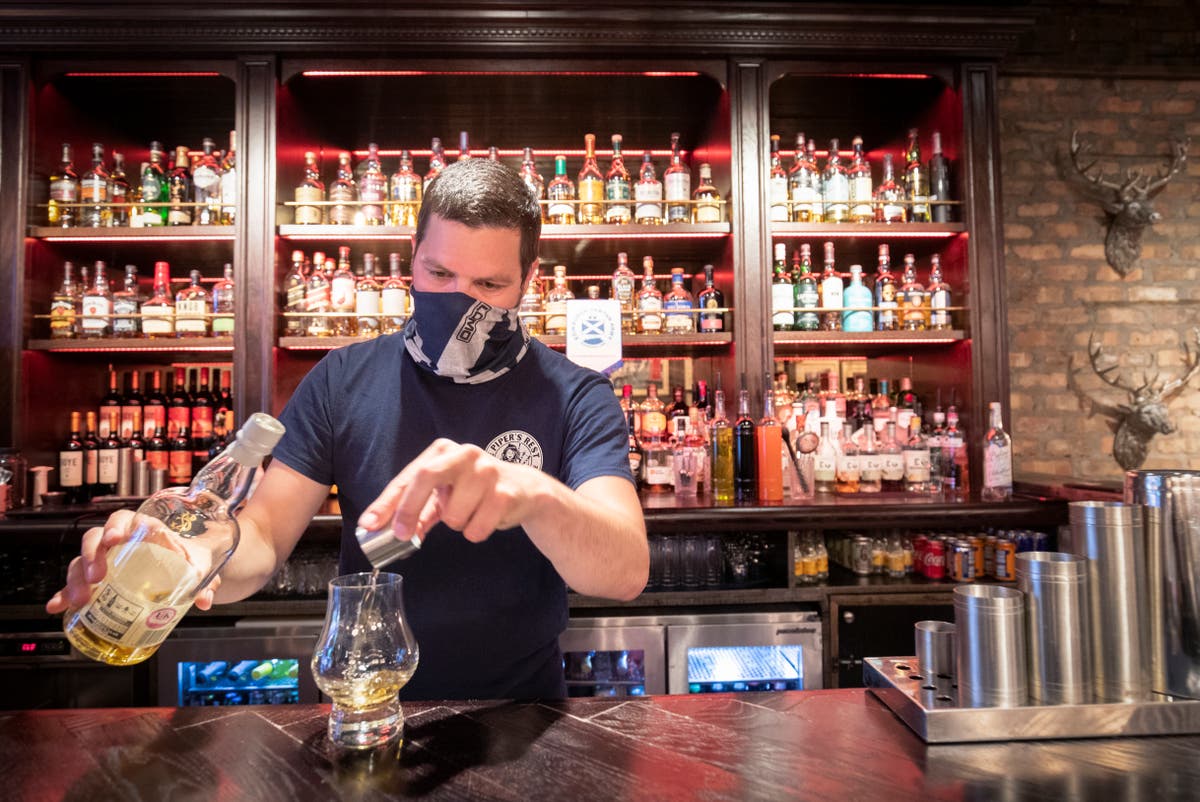 The hospitality industry will be “left in the balance,” said an industry committee, as the restrictions should continue for at least a week.

First Minister Nicola Sturgeon announced on Tuesday that the 500-person limit for outdoor events would be lifted from Monday.

However, the demand for social distancing between groups in public facilities and table service in restaurants will exist at least until January 24, said Ms. Sturgeon.

The curbs should also end on Monday.

In a speech in Holyrood on Tuesday, the Prime Minister said she expected to confirm “more dates” for easing restrictions in her update next week, but the hospitality industry was affected by the announcement.

Colin Wilkinson, executive director of the Scottish Licensed Trade Association (SLTA) said, “Having the licensed hospitality industry wait until next week to see if the existing restrictions will be lifted from January 24th is unacceptable as business is in.” the limbo leaves.

“Of course we appreciated that the Scottish government needs to consider both the nation’s health and the economy, but more clarity is needed.”

Leon Thompson, Executive Director of UKHospitality Scotland said: “Hospitality establishments learned today that restrictions on them will be lifted next week.”

He added, “Restrictions, combined with messages to avoid crowded places and stay home as much as possible, have torpedoed hospitality hopes for a busy holiday season.

“Many companies had to count costs when another opportunity to start their recovery ran out.

“According to the First Minister’s statement today, companies and their workforce will have to wait another week to see when things might change for them.”

Dr. Liz Cameron, executive director of the Scottish Chambers of Commerce, said, “Hospitality, retail and nightlife companies and their affiliated sectors will find it incredibly disappointing that there will not be further restrictions lifts on them immediately.

“The Scottish Government must support all businesses by lifting legal restrictions that limit capacity, depress profitability and make it difficult for businesses to survive and grow.

“However, business is encouraged that these remaining restrictions will finally be lifted from January 24th.

“As we get used to living with Covid-19 and the threat of new variants, it is important that the lifting of restrictions keeps pace and that testing and vaccines take precedence.

Ms. Sturgeon also said there could be an expansion of the vaccination record system, which ministers said could include all hospitality companies in the past.

Mr Wilkinson said any extension would have “a major negative impact” on the business, while Mr Thompson said, “Any positivity that might be drawn from possible changes in the near horizon was combined with further discussions about vaccine passports and possible wider application destroyed. “

A Scottish government spokesman said that businesses in the country since the pandemic began affecting more than 4.4 billion businesses and the Scottish economy, including the hospitality sector.

“As the First Minister has confirmed, with continued public and business support, we can reduce some additional restrictions to contain the spread of the coronavirus.

“We will continue to monitor the data closely and hope to confirm further easing of measures later this month.”