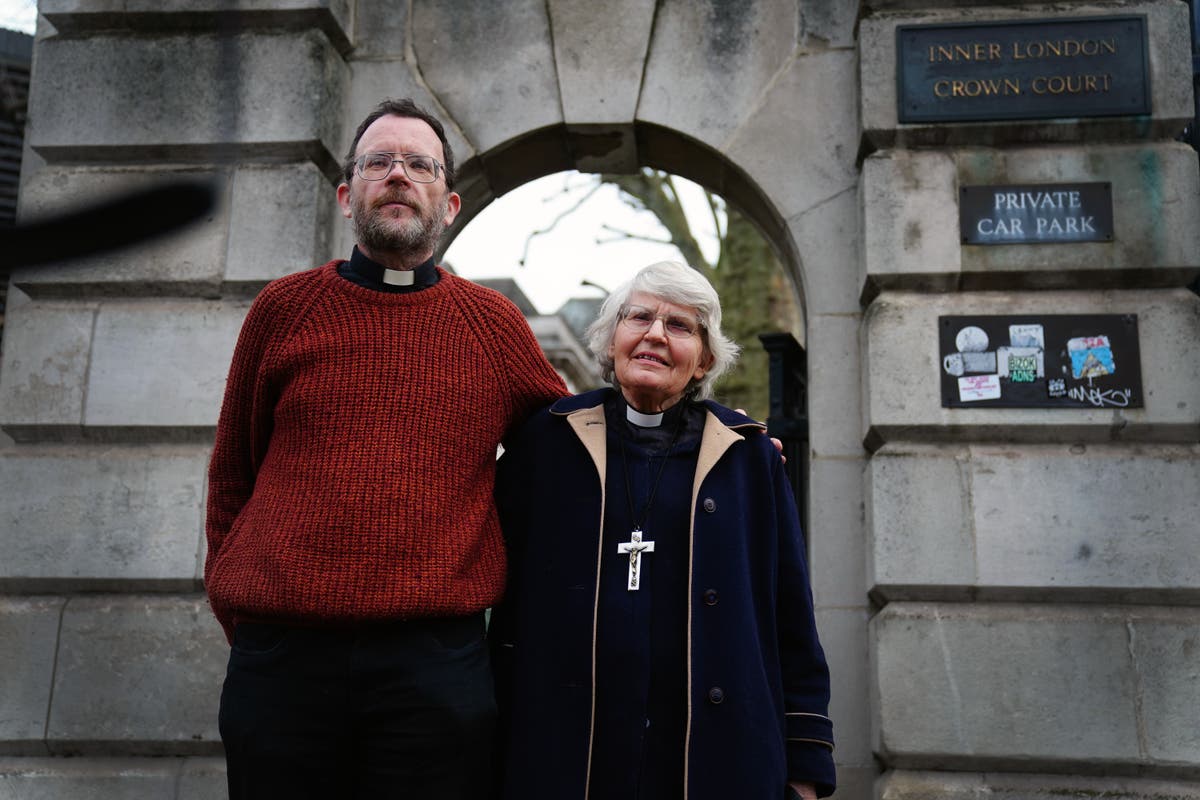 Three Extinction Rebellion activists have been acquitted of a 2019 stunt in which they disrupted a train in central London for 77 minutes.

Reverend Sue Parfitt, 79, Father Martin Newell, 54, and former university lecturer Philip Kingston, 85, were unanimously acquitted of obstructing the railway by a jury of Inner London Crown Court after their protest at Shadwell railway station on October 17, 2019.

Mr Kingston superglued his hand to a Docklands Light Railway (DLR) train while Rev Parfitt and Father Newell climbed onto the roof and said prayers for the planet just before 7am.

Mike Schwarz, an attorney at law firm Hodge Jones and Allen, who represented the defendants, said: “There is mounting evidence from courts and especially from juries that the public is taking the climate crisis and the increasingly urgent need to focus on it far .” more serious than government and business. This verdict is part of that escalating pattern.”

The trio said they were strongly motivated by their Christian faith, while Mr Kingston said the future of his four grandchildren also prompted him to attend the protest.

In an attempt to alert the public and government to the dangers of climate change and the financial institutions whose actions are damaging the planet, they targeted a train one stop from the bank in the City of London’s financial district.

About 15 trains were delayed or canceled, but none got stuck in tunnels.

This was partly because, according to the activists, they had planned the demonstration to ensure there was no threat to public safety, taking measures including targeting an above-ground station and 10 other Extinction Rebellion activists on the platform to ensure that violence did not break out.

Rev Parfitt had previously vowed to continue protesting after being found guilty by a District Judge at the City of London Magistrates’ Court in February 2020 of refusing to comply with a police ban preventing protesters from protesting in April Demonstrating at Oxford Circus and Waterloo Bridge in London in 2019.

Friday’s verdict comes after four people were cleared of criminal damages for toppling the statue of slave trader Edward Colston in Bristol and throwing it in the harbour.

The bronze memorial to the 17th-century figure was torn down during a Black Lives Matter protest in the city on June 7, 2020, and those responsible were acquitted on January 5 after an 11-day trial at Bristol Crown Court.

Last year a number of convictions were overturned at the Old Bailey, where a judge asked prosecutors to review their response to protesters’ appeals of convictions for blocking a freeway in light of a June Supreme Court ruling.

Justice Mark Dennis QC said in August there was a “fundamental problem”, adding the Crown had not “understood” the implications of the ruling or the “fundamental point of human rights which has been going on for a very long time”.

The Supreme Court had overturned the convictions of four protesters, Christopher Cole, Henrietta Cullinan, Joanna Frew and Nora Ziegler, charged with obstructing the freeway after they locked themselves outside a gun show in 2017.

In their judgment, Lord Hamblen and Lord Stephens said: “There should be a degree of tolerance for disturbances in everyday life, including traffic disturbances, caused by the exercise of the right to freedom of expression or peaceful assembly.”

And last April, six Extinction Rebellion protesters were acquitted for criminally damaging Shell’s London headquarters despite the judge ordering the Southwark Crown Court jury that they had no legal defense.

Earlier on Friday, six activists who blocked motorways as part of a series of protests by Extinction Rebellion offshoot Insulate Britain were released from prison.

And former Paralympic athlete James Brown, who was sentenced to 12 months in prison after using superglue to draw attention to the climate crisis on the roof of a British Airways plane at London City Airport, has been reduced to four months by appeal to a judge .