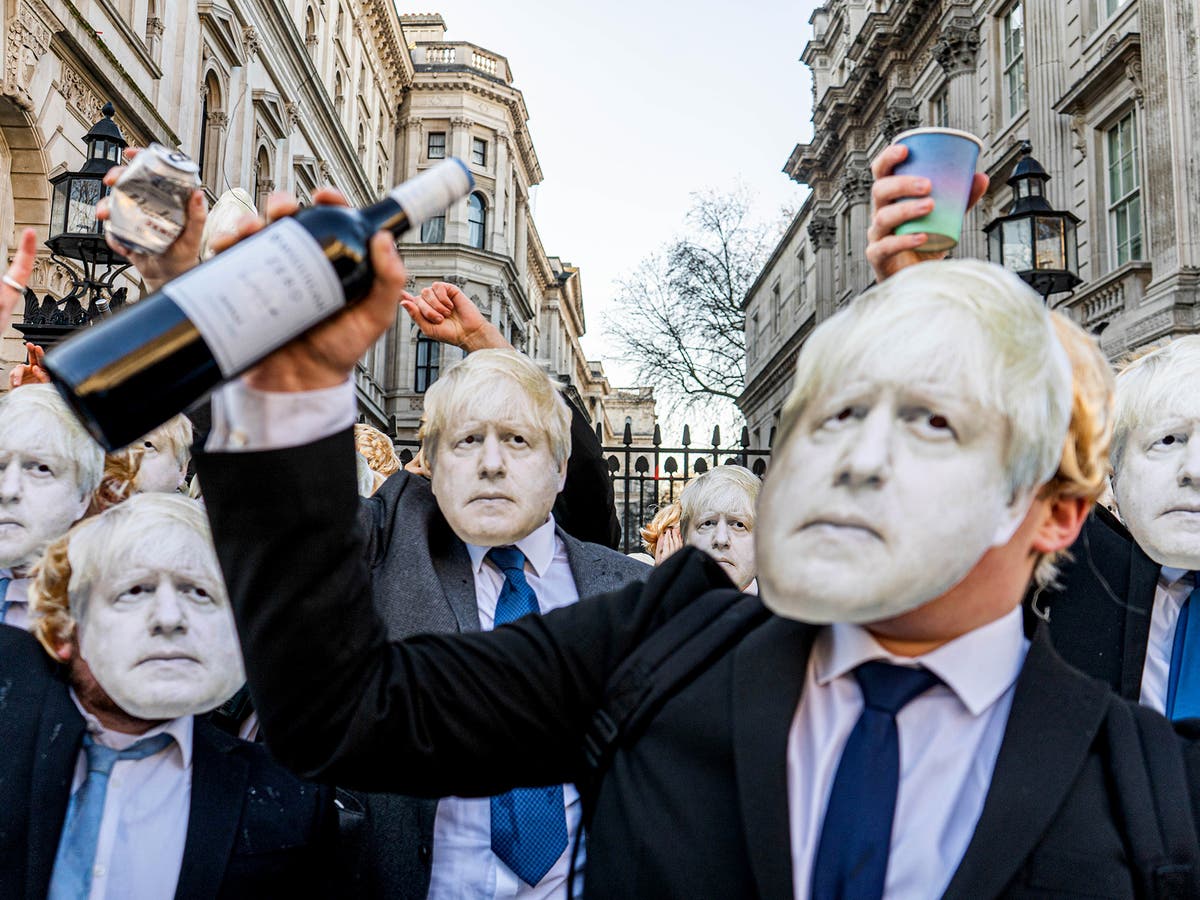 The crowd was seen chanting “This is a work event” and “My name is Boris”, the former alluding to the Prime Minister’s apology for attending a previous party on May 20, 2020.

Footage shows Mr Johnson’s impersonators holding various types of alcohol, some of them wearing Union Jacks around their shoulders.

Police said officers drove past a group of about 50 people outside Downing Street around 1pm on Friday, adding that no arrests had been made.

An inquiry is looking into allegations of several parties being held in Westminster during times of tight Covid restrictions, including the May 20 event which the Prime Minister has apologized for attending.

Pressure on the Prime Minister has mounted as public opinion has deteriorated since allegations of a possible breach of lockdown rules emerged late last year.

He faced several calls for his resignation from members of his own party.

His apology for attending what he believed to be “a work event” drew much derision and spawned dozens of internet memes.

Labor leader Sir Keir Starmer said the Prime Minister’s apology was “so ridiculous that it actually offends the British public”.