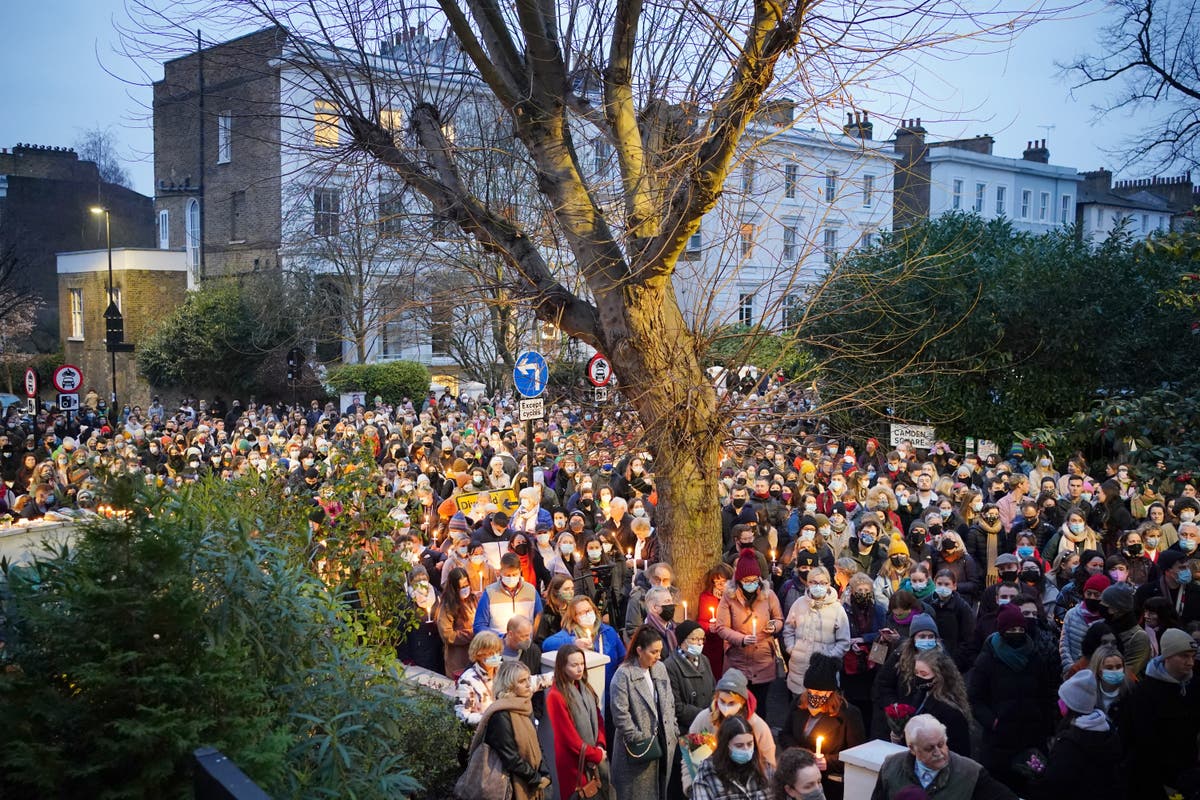 A huge crowd has gathered in London in solidarity with the family and friends of an Irish primary school teacher who was murdered on an afternoon run.

The death of the 23-year-old earlier this week in Tullamore, Co Offaly has sparked outrage far beyond the island of Ireland.

Police continue to search for their killer, and Gardai said the Murphy family was “appreciative and overwhelmed by the national outpouring of support that has been shown to them” after vigils were held in cities across Ireland on Friday.

Crowds lined up in Camden Square, north London on Saturday to sign a book of condolence and lay flowers.

The vigil took place around 4pm – the time police said the deadly attack occurred on the banks of the Grand Canal in the Irish city on Wednesday.

Traditional music was played in honor of Mrs. Murphy, a talented violinist, while some of the crowd sang or hummed along.

Anna Johnston, culture officer at the London Irish Centre, said people had come together in solidarity with those who knew and loved Ms Murphy “and with all women in Ireland and beyond who are angry, distressed and heartbroken”.

Addressing the crowd, she added: “Today we join Ashling in remembering all the women whose lives have been stolen by gender-based violence. We shouldn’t be here, and Ashling should be.”

After a minute’s silence, the young teacher’s favorite song, When You Were Sweet Sixteen, was sung.

Her father, Ray Murphy, had played the tune on the banjo in honor of his youngest daughter at a Friday vigil near the crime scene.

Last year, people gathered in London to commemorate marketing director Sarah Everard and schoolteacher Sabina Nessa – two women who were fatally assaulted while out walking in the capital.

A small sign near the entrance to the London Irish Center bore her names and those of other deceased women under the letters “RIP”.

News blog on Covid-19 report: Lauterbach expects up to 600,000 infections a day

News blog on Covid-19 report: Lauterbach expects up to 600,000 infections a day