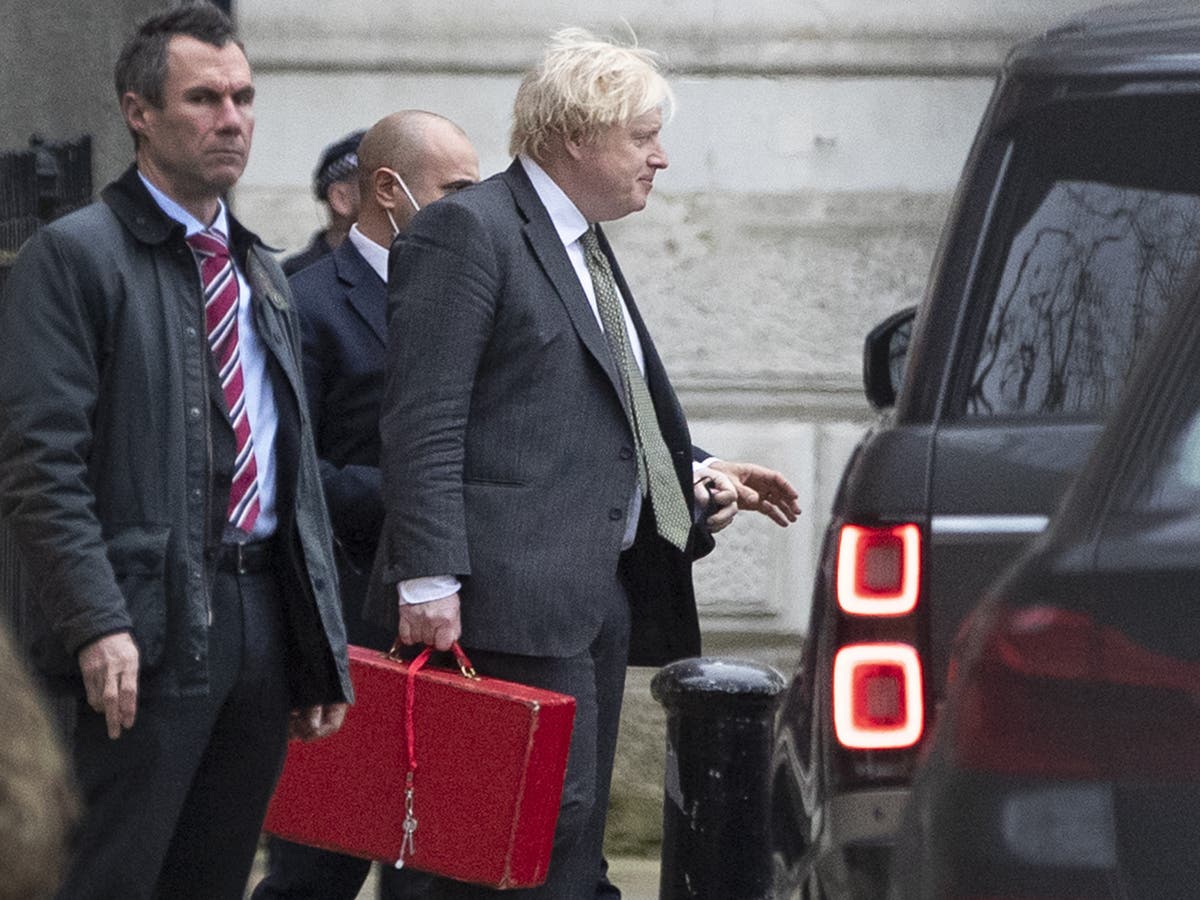 Boris Johnson faces mounting pressure to stem the drip of rulebreak No 10 revelations as he fights to remain in office.

Former Conservative Minister Tobias Ellwood said the Prime Minister must “lead or step aside” and told the BBC: “We need leadership.”

The comments from the chair of the Commons Defense Committee came as more claims surfaced about regular gatherings at Downing Street for “wine time on Fridays” while the coronavirus rules were in place.

The Mirror said the weekly events are a long-standing No10 tradition, including under previous governments, and they have continued after Covid restrictions were put in place banning households mixing indoors.

The newspaper said staff had bought a £142 fridge to keep their bottles of alcohol chilled and the Prime Minister was keen to socialize.

A No10 spokeswoman said: “There is an ongoing investigation to establish the facts of the nature of gatherings, including attendance, scope and purpose in relation to compliance with guidance at the time.

But backbencher Andrew Bridgen said he “didn’t need to see what Sue Gray is saying to know that for me Boris Johnson has lost the moral authority to run the country”.

The North West Leicestershire MP confirmed he had tabled a letter of no confidence in Mr Johnson’s leadership “some time ago”.

Only a handful of Tories have said publicly that they submitted letters to the 1922 Backbench MPs Committee, but the Telegraph said an estimated 20 or so sources may have been submitted – although that is well below the 54 required for a vote about the leadership are required.

Mr Bridgen, asked by BBC Breakfast about reports of Friday wine time sessions at Downing Street during lockdown, said: “Honestly it doesn’t matter whether the Prime Minister was there or not.

“I’m not sure an apology will fix that.”

Labor leader Sir Keir Starmer reiterated Mr Bridgen’s claim that the Prime Minister had lost his moral authority and called on the Tory party to oust him.

He said at the Fabian Society conference in London: “Moral authority is obviously important in relation to Covid, but we have other massive challenges facing this country.

“We have a Prime Minister who is absent – he is literally in hiding at the moment and is in no position to lead, so I have concluded that he must go.

“And obviously he has a party advantage, but really it’s in the national interest now that he goes, so it’s very important now that the Tory party does what it has to do and get rid of him.”

Mr Johnson faced further embarrassment this week after Downing Street was forced to apologize to Buckingham Palace on Friday after it was revealed two staff parties were being held on the eve of the Duke of Edinburgh’s funeral.

Witnesses said alcohol was drunk and guests danced to music when two after-work events were merged on April 16, 2021, with one person with a suitcase sent to a local shop to buy wine, according to the Telegraph , who first reported the allegations.

Ms Gray is said to have been “completely caught off guard” by the latest revelations, the Times reported.

The newspaper said the Cabinet Office official is concerned that Downing Street staff are withholding information about parties from her while she tries to get the facts straight.