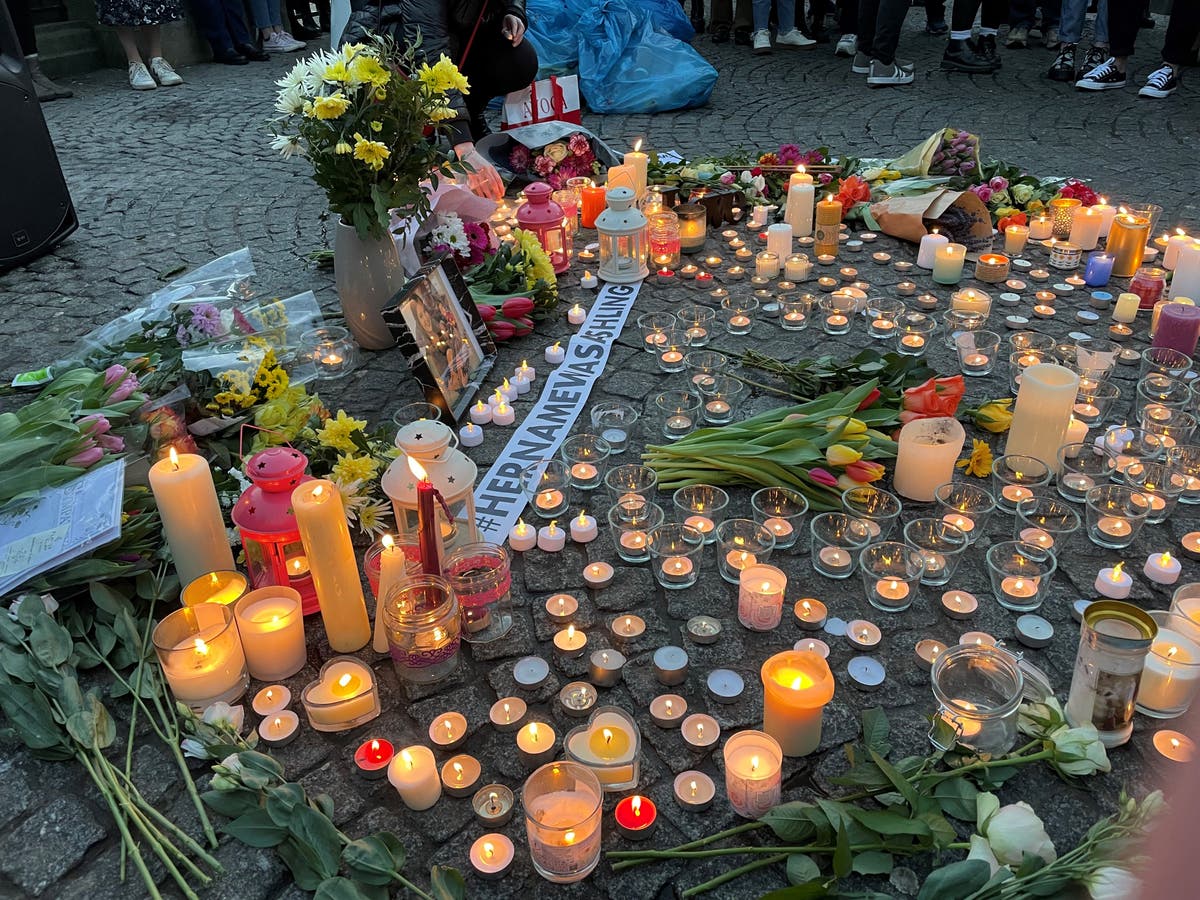 A vigil in Belfast to commemorate murdered Co Offaly teacher Ashling Murphy has been described as a “watershed moment” to highlight the issue of violence against women.

Stormont Deputy First Minister Michelle O’Neill made the remarks as she joined several hundred people who gathered outside Belfast City Hall to pay their respects to Ms Murphy.

A small photo of Ms Murphy was placed on the floor next to a banner that read ‘Her name was Aisling’.

Dozens of people left bouquets of flowers and lit candles, which they placed in front of the photo of the 23-year-old teacher who was attacked on the banks of the Grand Canal outside Tullamore on Wednesday afternoon and died at the scene.

Young musicians who knew and had played with Ashling Murphy performed during the vigil.

After reading a poem emphasizing the issue of violence against women, the crowd observed a minute’s silence.

One of the vigil organizers, Emma Gallen, said: “We’ve all seen the news, we’ve all heard about Ashling Murphy, and we all felt like we had to do something.

“We couldn’t just stand by and admit that someone who was just beginning their life was murdered in daylight.

“We wanted to express the sadness we all feel and come together to show how sad we all are and how angry we all are.”

Ms O’Neill said there was an “outbreak of grief” after the murder.

She said: “Earlier this week I launched a strategy. I asked for input on developing a strategy to combat male violence against women.

“On Monday I had no idea that just days later I would be standing here and joining other women who have gathered here outside Belfast City Hall to show solidarity with the family and everyone who loved Ashling Murphy.

“A horrific murder of another woman in our society by a man.

“We’re all here because we want to show that support, that love.

“There was mourning for Ashling Murphy and everyone who loved her all week.”

The Deputy First Minister said vigils across Ireland had been held by women who said the violence against them must stop now.

She said: “We are here because we say enough is enough.

“I think the mere fact that today in every town, village and county on this island people are gathering in large numbers to commemorate Ashling Murphy shows that women have had enough.

“I think this is a turning point in our society today.”

Events were held at a number of other locations in Northern Ireland including Londonderry and Newry.