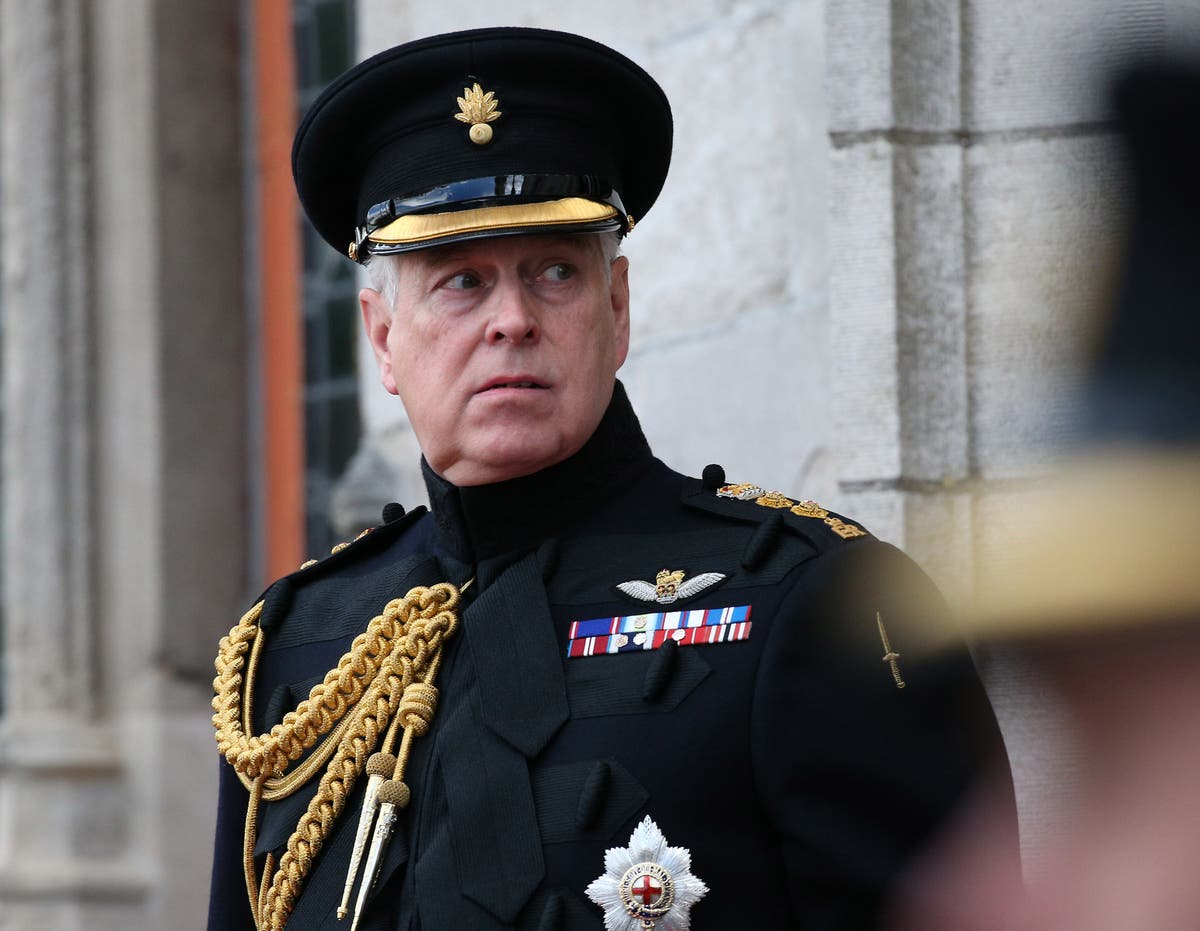 The Duke of York’s status as a member of the royal family is in shambles after the Queen stripped him of his honorary military roles and he abandoned his HRH style in a dramatic fallout from his civil sex case.

The move is a humiliation for Andrew and comes after the lawsuit against him took a big step forward on Wednesday when a judge dismissed the Duke’s motion to dismiss the sexual assault case and ruled he could go to trial.

Andrew, who was born HRH, will not hold any official function, a royal source said, and the Duke has also been stripped of his remaining royal patronages.

The decision represents the Duke’s complete removal from official royal life and an attempt to distance the monarchy from Andrew, who was once second in line to the throne, replacing the heir in the year of the Queen’s Platinum Jubilee.

It paves the way for Andrew to seek an out-of-court settlement with Ms Giuffre without fear that his decision – which is likely to be viewed negatively by the public – will be linked to the royal family.

The development comes after more than 150 veterans came together to express their outrage by writing to the Queen to call for the Duke’s removal from honorary military posts.

Lieutenant Stuart Hunt, 52, who served in the 1st Royal Tank Regiment and who signed the letter, branded the affair an “unsavory affair” and told the PA news agency: “Whether he’s guilty or not, he’s brought things into disrepute. He is not fit to serve in an honorary rank. He waived that right by getting into such a situation.”

Royal author Penny Junor questioned whether the Queen should have insisted the titles and patronages be returned sooner: “I think it was a great embarrassment that retired military personnel were asking for titles to be removed.

“It just gets embarrassing and hurts the Queen because the Queen is then seen as her son’s protector.”

“But I think either way, I think a bit of criticism has to fall on the Queen here, because if Andrew hadn’t offered it, she or her advisers should have seen it was going to cause an issue and should have insisted.” that she takes it back.”

A royal source said the issue had been discussed at length with the royal family, making it likely that the Prince of Wales and the Duke of Cambridge were locked in crisis talks over the matter.

Buckingham Palace said in a statement on Thursday: “With the Queen’s approval and consent, the Duke of York’s military connections and royal patronage have been returned to the Queen.

The decision is believed to have been made by mutual agreement between the Queen and her son, but the final decision would have fallen to the monarch and would have been a difficult one.

As a former Royal Navy officer who served in the Falklands War, Andrew will feel the loss of his connection with the military units and regiments, the most respected of which is a Colonel in the Grenadier Guards.

The source said the military posts would be reallocated to other members of the royal family.

But Andrew will retain his rank of Vice Admiral and his role as Councilor of State, to be filled by a monarch’s wife and the next four adults in line to the throne.

It’s not clear what impact the decision will have on the level of security offered to the Duke after his status is reduced.

The Queen is the head of the Armed Forces and has been gifted honorary military posts.

The Palace previously said the Duke’s military appointments were in limbo after he resigned from public duties in 2019 following his disastrous Newsnight interview.

But until now he still retained the roles, leaving the eight British regiments in limbo more than two years later.

Ms Giuffre is suing the Duke in the US for allegedly sexually assaulting her as a teenager.

She claims she was trafficked by Andrew’s boyfriend Jeffrey Epstein to have sex with the Duke when she was 17 and a minor under US law.

A source close to the Duke said he would “continue to defend himself” against Ms Giuffre’s allegations after the judge ruled to dismiss his legal team’s attempt to dismiss the case.

The source said: “Given the robustness with which Judge Kaplan welcomed our arguments, we are not surprised by the ruling.