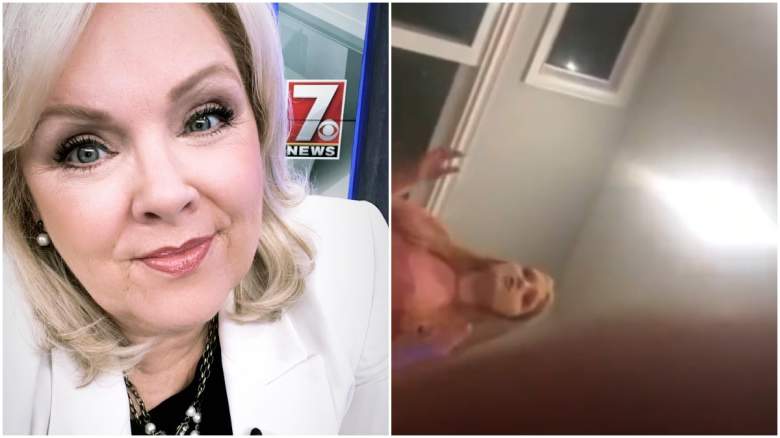 Amy Wood is a news anchor for WSPA-TV in Greenville, South Carolina, whose daughter Gracie Wood has been embroiled in controversy after a video surfaced showing racist and homophobic language.

According to GoUpState, the two videos featuring Wood’s daughter were first posted by the @saucecarolina Instagram account. The news site reported that Wood’s husband and Gracie’s father is Mike Wood, a Spartanburg County magistrate.

You can watch the videos later in this article, but be aware that the language and the feelings it expresses are extremely disturbing.

GoUpState also spoke to a local Black Lives Matter activist named Bruce Wilson, who said of Amy and Mike Wood, “They were absolutely embarrassed about this and I could generally feel how apologetic they were because they understood that this was so many people.” has hurt. I think there was some peer pressure involved and they weren’t taught that type of conversation and behavior at home.”

In a statement posted to her Facebook page, Amy Wood apologized on behalf of Gracie, who has not spoken out. Gracie Wood is 17 years old.

Wood called her daughter’s video comments “disgusting and abhorrent” in a statement she posted to Facebook on Jan. 13, 2022.

“Mexicans and Middle East out. They just want to kill people,” Gracie said.

“What about Africans?” someone asked.

“African? Kill her. They should blow up the entire African continent,” she said.

“What do you think of the Germans?” someone asked.

“You Nazis. But since you all hate gays and blacks, I support that. Heil, Heil Hitler.”

She made a Nazi-like salute.

“Frankly, Hitler was a pretty good man. and he went the right way by killing himself,” she said. “I feel like I’d rather kill myself than be killed by a firing squad.”

She then used the N-word.

The video was also shared on TikTok.

In a second video, she was asked to say her favorite racial slurs. “Monkey. All black people look like monkeys. They can’t convince me otherwise. They literally look like they need to grow ears and have a tail,” she said in the deeply disturbing and racist comment.

According to GoUpState, Gracie Wood was a popular Instagram influencer who is a singer/songwriter, but she has deleted her social media accounts.