Alex Salmond: Strive for independence now while Boris Johnson is mired in scandal 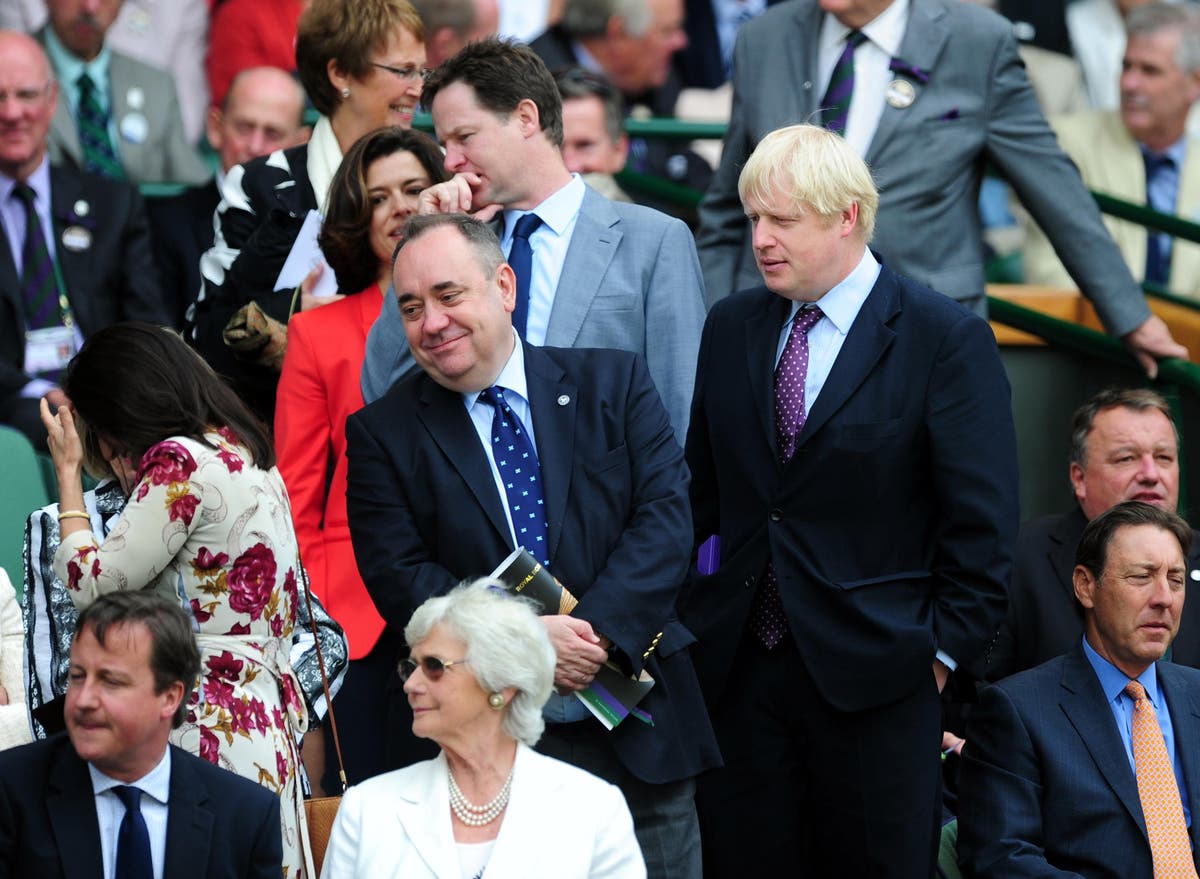 Former First Minister Alex Salmond said pro-independence supporters should capitalize on the Boris Johnson scandal and push for another referendum.

Salmond predicted the Prime Minister would be ousted this year following outrage over Downing Street parties during lockdown, and warned any successor would be “more organised, popular, impressive and ruthless than Boris Johnson”.

The leader of the Alba party said Mr Johnson was the “worst prime minister in living memory” and argued independence fighters “would not get a better opportunity” to achieve Scottish independence.

Mr Salmond said: “It’s in the nature of Boris Johnson to have scandals. The Tories know that, so they’ll get rid of him sometime this year. But the question we should be asking is: who’s next?

“It is not Alba’s job and it should not be the job of any Scottish politician to replace Boris Johnson with another Tory, especially when that Tory is going to be more organised, popular, impressive and ruthless than Boris Johnson.

He added: “We have to ask ourselves, given the total disorganization of the likes of Johnson, Michael Gove and the rest, why on earth didn’t we push the independence issue?

“We won’t get a better opportunity than having the weakness at the top of the London Government and that weakness should be Scotland’s opportunity.”

His comments came as YouGov polls showed the Prime Minister in Scotland now has a net favorable rating of minus 77 – the lowest of any four British nations.

The poll commissioned by The Times, conducted after details emerged of apparently more rule-breaking parties, found the Conservative Party had a net bias of minus 64 compared to minus 17 for Labour.

Among the likely Tory challengers to succeed Mr Johnson in Scotland, Chancellor Rishi Sunak had a net favorable rating of minus 31, Foreign Secretary Liz Truss was minus 34 and Home Secretary Priti Patel was minus 73.

Responding to the poll, SNP constitution spokesman Tommy Sheppard said: “The people of Scotland have consistently rejected Boris Johnson and the Tories – and this latest poll reconfirms that position.

“Every day we hear of another major scandal that has taken place at Downing Street – and the public is clearly fed up with it.

“While we are delighted to see another strong poll for the SNP, we will not take anything for granted and continue to encourage people across Scotland that only independence will rid us of the likes of Boris Johnson once and for all.

“However, as long as Scotland is under Tory and Westminster rule, we will always be vulnerable.

“Only with the full power of independence can Scotland break free from the shackles of a decrepit, antiquated Westminster system and finally begin to build a more progressive, just nation.”