The government “is not closing shops,” says Rishi Sunak 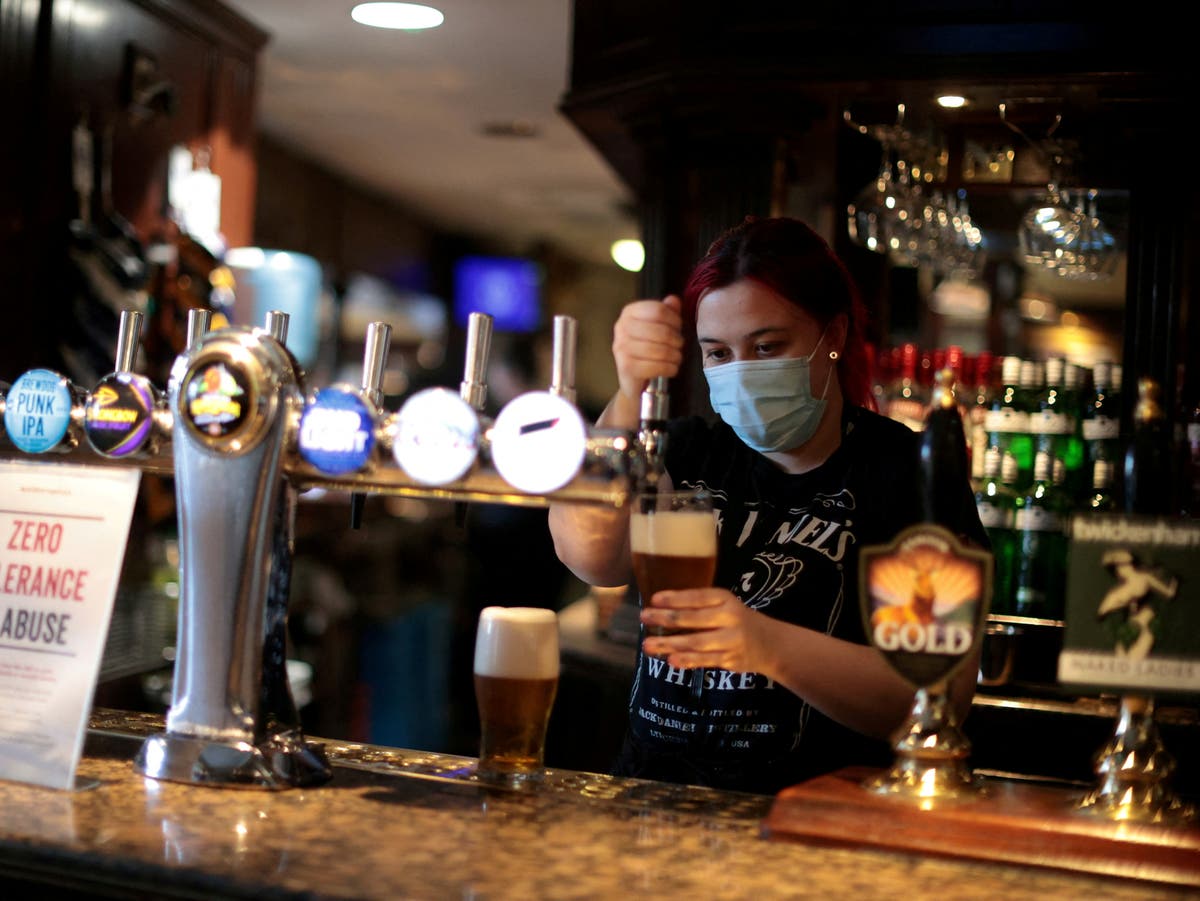 Rishi Sunak insisted the government would “not close any stores” today as he cut short a trip to California, as businesses have faced mounting backlash and called for more government support to weather a sharp rise in Covid cases.

The Chancellor bucked calls for more help as companies reported an alarming drop in trade in response to the rapid spread of the Omicron variant.

He pointed to existing measures, including tax breaks for businesses, a reduced VAT rate and around £ 250 million that will be made available by local authorities.

“My immediate priority is to make sure the money gets to these companies as quickly as possible,” he told US broadcasters. “I know it’s a difficult time for the hospitality industry, which is why I spoke to various hospitality industry leaders earlier today.”

The chancellor brought forward his flight back from California after growing criticism for not being in the country to oversee the financial response to a rapidly deteriorating situation.

The Chancellor is understood to have held one-on-one meetings with three senior hospitality industry figures on Thursday, but no government aid package for the sector has yet been announced.

He did not attend a roundtable of the UK’s largest trade associations and business groups, at which Treasury officials were told that companies were now facing “unsustainable losses” in the crucial time leading up to Christmas, according to one attendee.

“These are not just any weeks, these are Christmas weeks. The rebound won’t happen in January because January trading is always slower,” the person said, adding that the Treasury Department had given “no indication” that there would be further support.

The hospitality sector has been hit hardest, with people staying at home and canceling bookings. The industry’s trade association is calling for cash grants to cover staff costs, tax breaks for businesses and a further VAT cut to help them through another difficult winter.

Fears are growing that tighter restrictions will be enforced after the UK recorded 88,376 confirmed cases of Covid cases on Thursday – the highest daily total so far – with the number expected to rise far higher in the coming weeks.

Retailers warned that UK highways will face a wave of store closings in the New Year if financial aid is not offered quickly.

“Each government announcement seems to bring more bad news. Our concern is that people are not shopping on the high street but are holding back on spending because of concerns or shopping online,” he said.

While companies could survive the new year, some may run out of cash during the lean months of January and February, he said.

“Companies are planning for next year and fears of another lockdown are growing,” he added. “What they need is to know that support will be there when it comes to that.”

He warned that without any certainty, companies would have to start laying off staff.

He said: “No one wants to get there, but the minimum we need is for the chancellor to say, ‘If we have to close you, support will be there.’

“Otherwise they have to calculate without help for the worst case scenario of a shutdown. The government’s silence makes them even more concerned.”

While ministers have not yet ordered further public health restrictions, retailers reported a sharp drop in visitor numbers, with central London particularly hard hit after orders to work from home whenever possible.

Paul Davies, chief executive of Carlsberg Marston’s Brewing Company, said he had “growing concerns” about a “dramatic shift in demand that is being observed across the industry.”

“Operating a hospitality business, while not officially on lockdown, but with no customers and no holiday support will make pubs and breweries an unacceptable financial burden just as we recover from 2021.”

He warned that without further Treasury support, more pubs would be lost across the UK, “which would be disastrous for the communities in which they operate and for the UK economy as a whole”.

Retailers fear they too will be hit by a sharp drop in visits to pubs and restaurants, leading to fewer people going to city centres.

“I’m part of a community of businesses and we’re all part of each other’s success,” said Cathy Frost, owner of Love One, an Ipswich gift shop.

“We have a lot of cafes and restaurants here that are taking a massive hit in lunchtime trading and Christmas bookings. We need customers who keep coming back to Hauptstrasse.”

“I cannot stress how important these days before Christmas are. Mentally, this is the toughest time I’ve had in 14 years leading this company.