‘Why is he worried?’: Net speculates after Alex Jones rants about Oath Keepers arrest 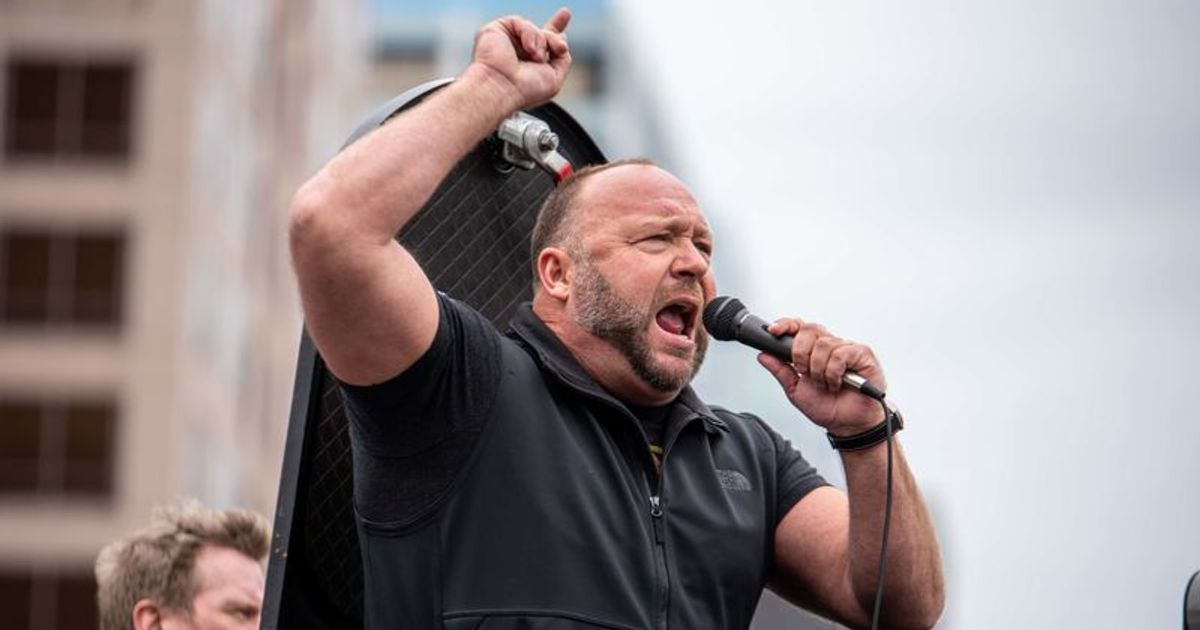 The FBI and Department of Justice (DoJ) took a major step forward in their investigation into the January 6 riot on January 13, 2022 after arresting several oath-keepers and charging them with sedition. The group’s leader, Stewart Rhodes, was among several members charged with seditious conspiracy, which appears to have infuriated controversial talk show host Alex Jones.

The right-wing conspiracy theorist is already in massive trouble over the riot after refusing to cooperate with the House Select Committee, which led to a subpoena from Congress. As we reported back in February 2021, the talk show host was raising money for the “Stop The Steal” rally, which morphed into the Capitol Riot. Now it seems he could also be targeted by the DoJ and FBI.

Of course, this remains an unproven rumor for now. Neither the FBI nor the DoJ have listed Jones as one of those involved in the riot, but it could change based on what the Oath Keepers reveal. Certainly, Jones seemed extremely angry that Rhodes had been arrested and charged, leading some on social media to believe there is a deeper connection between the two men.

The claims that Jones could be arrested come from a now-viral video of him on his January 14 show InfoWars. “Stewart Rhodes was charged with doing absolutely nothing,” Jones said, adding “to cover up that Ray Epps became Senator Ted Cruz and others brought it up.” He then goes on to reiterate popular far-right talking points, in which he describes those arrested as “political prisoners” and that the “Left is trying to cause a new civil war”.

Jones asked, “Why isn’t Ray Epps arrested?” Referring to a popular conspiracy theory that Epps is an FBI insider who helped the FBI plan the riot. As we reported, this theory was debunked by the House Select Committee, which previously interviewed Epps and confirmed that he had no ties to federal agencies. Nonetheless, Jones and other far-rights continue to push the theory.

The rant has now gone viral across the internet, garnering thousands of views and shares. While many have used it as yet another opportunity to troll Jones, some have gone further and commented that it suggests he had a closer connection to the Oath Keepers than previously known, prompting reactions of “tick… tock… they’re coming for you, balloonhead jones. Count on it” and “Why on earth would Alex Jones be concerned about serious charges against Oathkeeper Stewart Rhodes?” One person commented, “Alex Jones knows the DOJ is next for him and he’s freaking out .” One person trolled, “I’m not saying that’s a sign Alex Jones is worried, but I heard he was spotted shopping for new underwear today.”

For now it seems like Jones is safe, but possibly no longer. There appears to be a connection between Jones and the Oath Keepers, but the exact nature remains a mystery. We know that Jones funded the January 6th rally, which the Oath Keepers were also prominently present at, but so far there has been no direct connection between them. With many members of the group now facing 20 years in prison, it’s likely some of them will try to complete pleas and reveal secrets to help the FBI find the dots.

Will Jones be one of those points? it is possible, but remains wishful thinking for the time being. But given the way he suddenly attacked Ted Cruz over Rhodes’ arrest, it seems like Jones is panicking. As early as February 2021, the Washington Post reported that the FBI was investigating Jones together with Trump’s ally Roger Stone. But so far, the culprits have avoided prosecution on that front. If the Oath Keepers crack, however, it could help shorten the investigation for the FBI and present a clear case against Jones.

At least 8 dead, several hurt in Cameroon after stampede during Africa Cup of Nations soccer tournament

At least 8 dead, several hurt in Cameroon after stampede during Africa Cup of Nations soccer tournament