What is Sleepy Chicken? Doctors say viral TikTok prescription with cough syrup can KILL you 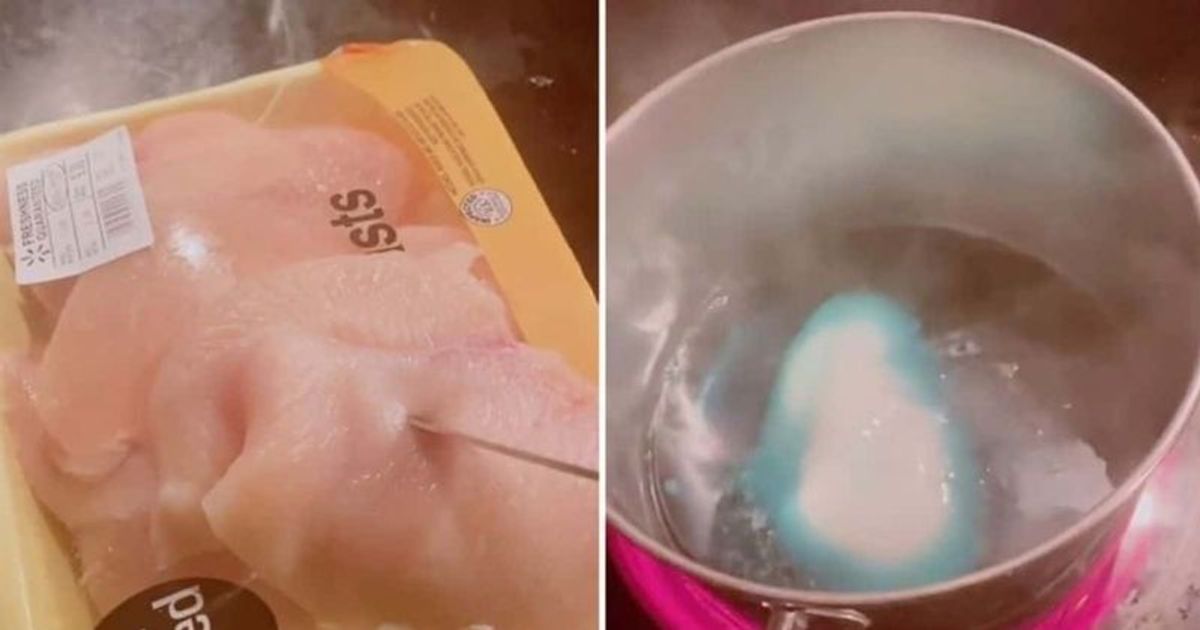 “You boil off the water and alcohol in it, leaving the chicken saturated with a super-concentrated amount of drugs in the meat,” said Dr. Aaron Hartman

US TikTok users seem to have come up with another viral TikTok challenge that has doctors and health experts concerned. The “sleepy chicken” trend is being emulated by thousands across the country and is being popularized by anti-vaccinationists as a cure for the common cold and flu. The recipe requires users to prepare a dish by stewing raw chicken in cough syrup. Also known as “Nyquil Chicken,” the viral recipe reportedly poses a major health risk.

In the recent past we’ve seen dangerous TikTok trends like the Benadryl challenge, the Blackout challenge, and even something as outrageous as the Strangulation challenge. All of this has either resulted in teens getting hurt or even resulted in their tragic deaths. In fact, 10-year-old Nyla Anderson died in her bedroom barely a month ago after attempting the TikTok blackout challenge. Although no deaths or illnesses have been reported from the sleepy chicken trend, experts have issued strong warnings against repeating it.

Speaking to The Sun, medical expert Dr. Jeff Foster: “The idea that by saturating a food product in a drug in the belief that it will bring a novel health benefit or cure is not only silly but incredibly dangerous.” He also reflected on the fact that social media are a cave of medical misinformation: “In some cases they tend to reveal the worst, hence the Darwinian approach of anti-vaccinationists who get their medical ‘research’ from sources like Facebook and Instagram,” he added.

Foster went on to warn: “We have medicines in cans for a reason. If you soak a food in it and then cook it, there’s a very good chance you’re overdosing, or at least have no idea what dose you’re getting. By taking more than you should, you risk acute liver toxicity, dizziness, vomiting, seizures, and death.”

dr Aaron Hartman, clinical assistant professor of family medicine at Virginia Commonwealth University, also cautioned against the Nyquil chicken trend. “When you cook cough medicine like NyQuil, you boil off the water and alcohol in it, which leaves the chicken saturated with a super-concentrated amount of drugs in the meat. If you were to eat one of these chops fully cooked, it would be like actually consuming a quarter to a half bottle of NyQuil.”

Hartman stated that the cooking process would most likely lead to food poisoning and diarrhea, adding that inhaling vapor from these drugs is also unsafe. “When inhaled, these drugs also get into your bloodstream very quickly and don’t get past your liver to detoxify. The effects can be pretty bad depending on how much you inhale,” he noted.